Gwen Stefani did not hold back when asked if she and Blake Shelton were engaged after she was spotted on the red carpet rocking a huge diamond ring.

It all happened Monday night when E! News caught up with the 50-year-old singer and asked about those engagement rumors that were sparked following her appearance Sunday night at the People’s Choice Awards show with the 43-year=old country singer. (RELATED: Blake Shelton Tweets About ‘Karma’ Following Reports His Ex Is Dating A Married Guy)

“It might be a real ring, a real diamond, but it’s not a wedding ring,” Stefani explained. “No, no.” 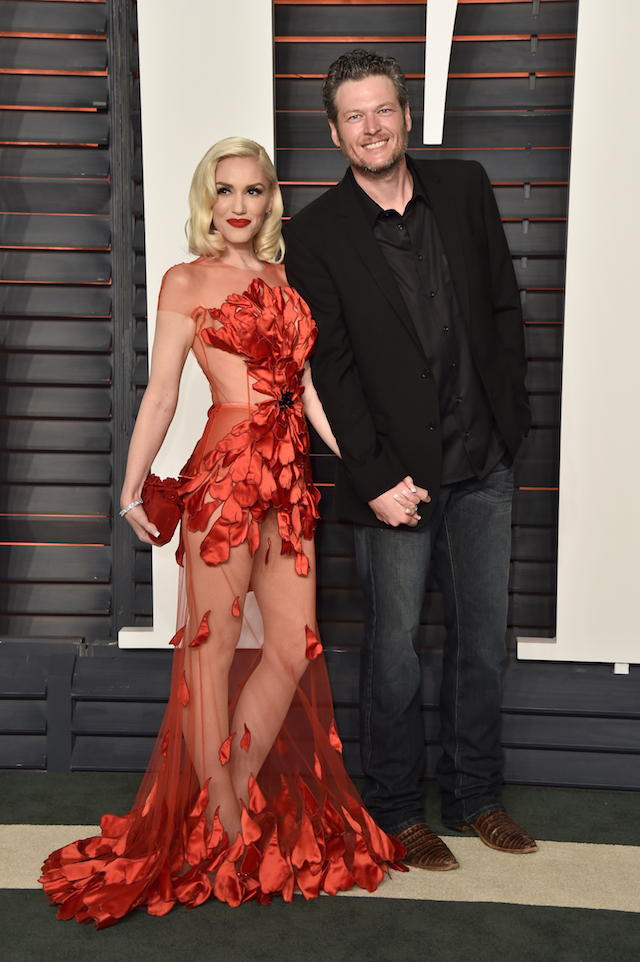 “It actually doesn’t fit over the glove on this hand so I put it on this hand,” she added. “But good, right?”(RELATED: Blake Shelton And Gwen Stefani Are One Step Closer To Getting Married)

The “Hollaback Girl” promised fans that she will definitely know if Shelton proposes. “When I have something to say, I’ll say it.”

“He [Shelton] never does the red carpet,” Gwen shared, while explaining why her beau was missing from the red carpet. “I think we’ve only done, like, three. It’s not his thing, he’s an Oklahoma guy.”

As previously reported, both Stefani and Shelton gushed about the other during their acceptance speeches at the PCA’s.

“And I want to say, Gwen Stefani, I love the s**t out of you,” the country singer announced during his acceptance speech for winning Country Artist of 2019. “Thank you!”

Later, the pop singer returned the favor and gave a shout out to her man, Shelton, when she shared how much she loved him during her acceptance speech after winning the award for being the fashion icon of 2019.

“I love you, Blake Shelton, you’re a babe,” Stefani explained.