A U.S.-based charity violated the Anti-Terrorism Act by knowingly providing monetary support to Hamas and other designated terrorist organizations responsible for launching incendiary devices into Israel from the Gaza Strip, according to a civil lawsuit filed in federal court Wednesday.

The U.S. Campaign for Palestinian Rights (USCPR), a Washington, D.C.-based charity, acts as a fiscal sponsor for the Boycott, Divestment and Sanctions National Committee (BNC), an umbrella organization that promotes and sponsors Hamas and at least four other State Department-designated terrorist organizations, Tablet Magazine reported in 2018.

The lawsuit, filed by the Keren Kayemeth LeIsrael-Jewish National Fund (KKL-JNF), an Israel-based public benefit company, and three U.S. families living in Israel, seeks to hold USCPR civilly liable for providing material support to terror organizations that have caused tens of millions of dollars in damages to victims living in southern Israel.

The USCPR’s role as BNC’s fiscal sponsor enables U.S. citizens to make tax-deductible donations to the BNC, the lawsuit states. The Boycott, Divestment and Sanctions movement has been widely condemned as an anti-Semitic effort that denies Israel’s right to exist as a Jewish state. (RELATED: Ilhan Omar Feuds With Nancy Pelosi Over Anti-Israel BDS Movement)

“It is money that flows through to the BNC, which is made up of these terror organizations, and that’s very clear from the documented evidence,” Richard D. Heideman, the senior counsel representing the plaintiffs, told the Daily Caller News Foundation.

The New York Times reported in July that Hamas was a member of the BNC. The Israel Defense Forces held Hamas responsible for past attacks that have originated from the Gaza Strip.

“With this lawsuit, we’re exposing the link between organizations masquerading as human rights organizations, but who use donations to advance the campaign of terror against Israel including through BDS, perpetrated by terror organizations like Hamas and supported by US charities,” KKL-JNF World Chairman Daniel Atar said in a statement. 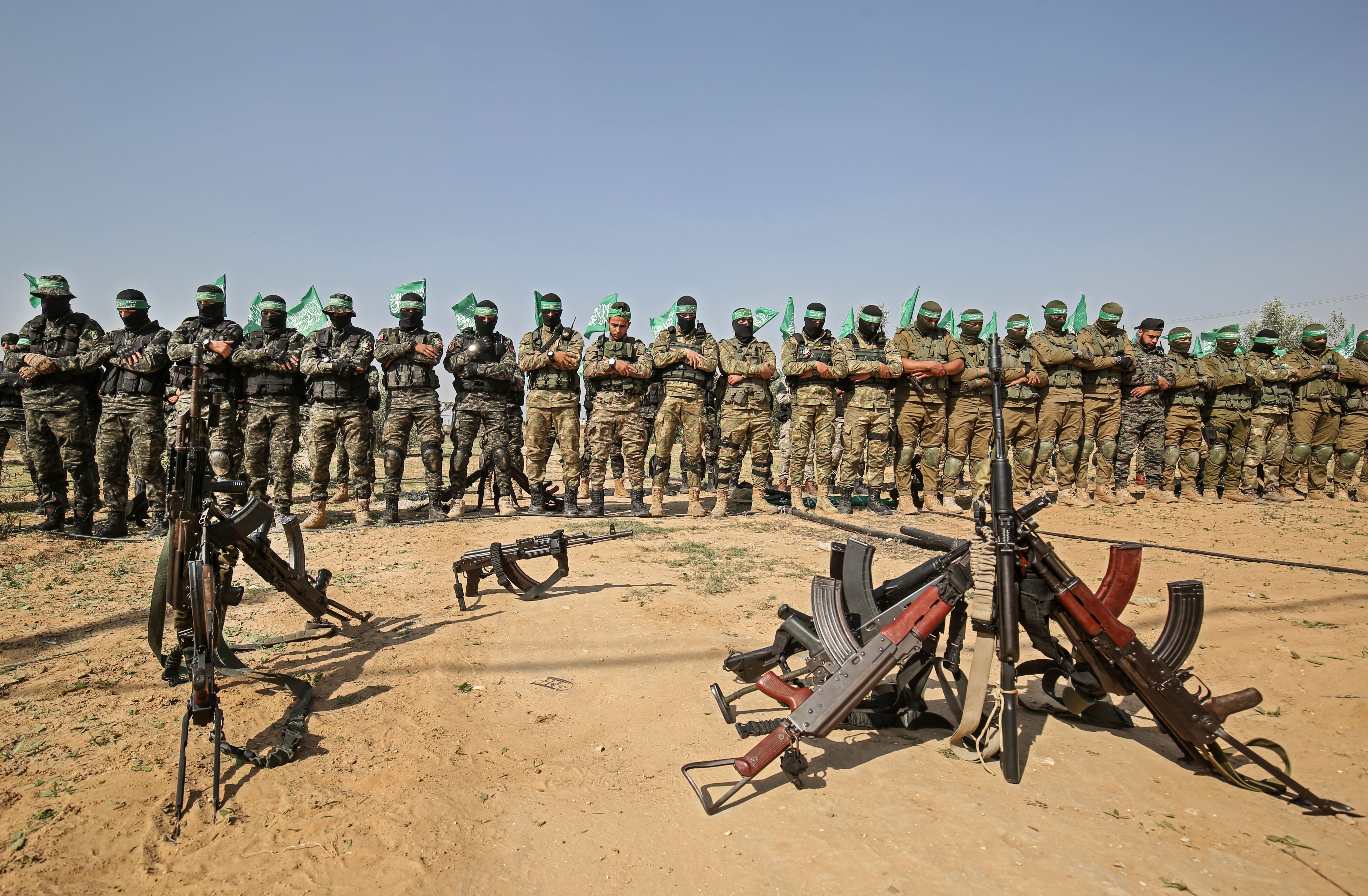 Fighters from the Ezz-Al Din Al-Qassam Brigades, the armed wing of the Palestinian Hamas movement, pray together during an anti-Israel military show in Khan Yunis in the southern Gaza Strip on Nov. 11, 2019. (SAID KHATIB/AFP via Getty Images)

“The three American families that are plaintiffs in the case — one of them had a rocket hit their apartment,” Heideman told the DCNF. “The other, as well as that family, have been in serious counseling as a result of the red alerts under which they live with the rocket attacks.”

“For far too long, the people of southern Israel have been traumatized by ongoing terrorist attacks seeking to destroy both their way of life and the environment in which they call home,” Heideman said. “The flow of money is fuel for terror. It is essential to take action against U.S. groups that are complicit partners in funding terror that help enable foreign terror organizations to relentlessly wage a multifaceted campaign of terror against the citizens and lands of the sovereign state of Israel.”

The Israeli Ministry of Foreign Affairs estimates that incendiary devices launched from the Gaza Strip, including arson kites and balloons, rockets and mortar bombs, have ignited over 2,155 fires between March 2018 and August 2019, causing more than $35 million in damages.

The USCPR did not immediately return a request for comment.