A drag performer showed up to Washington D.C. on Wednesday for the start of the impeachment inquiry into President Donald Trump.

Pissi Myles  from Asbury Park, New Jersey could be seen sporting a blonde wig while entering Longworth House Office Building to watch the hearing, according to NBC News. (RELATED: ‘The Last People On Earth With The Credibility:’ Devin Nunes Chides Democrats In Opening Statement)

“It’s a crazy day in Washington! I’m flipping my wig over the high-energy proceedings today,” Myles said to NBC News. “Tensions are high, and the bar for who’s allowed in the Longworth House is very, very low.” 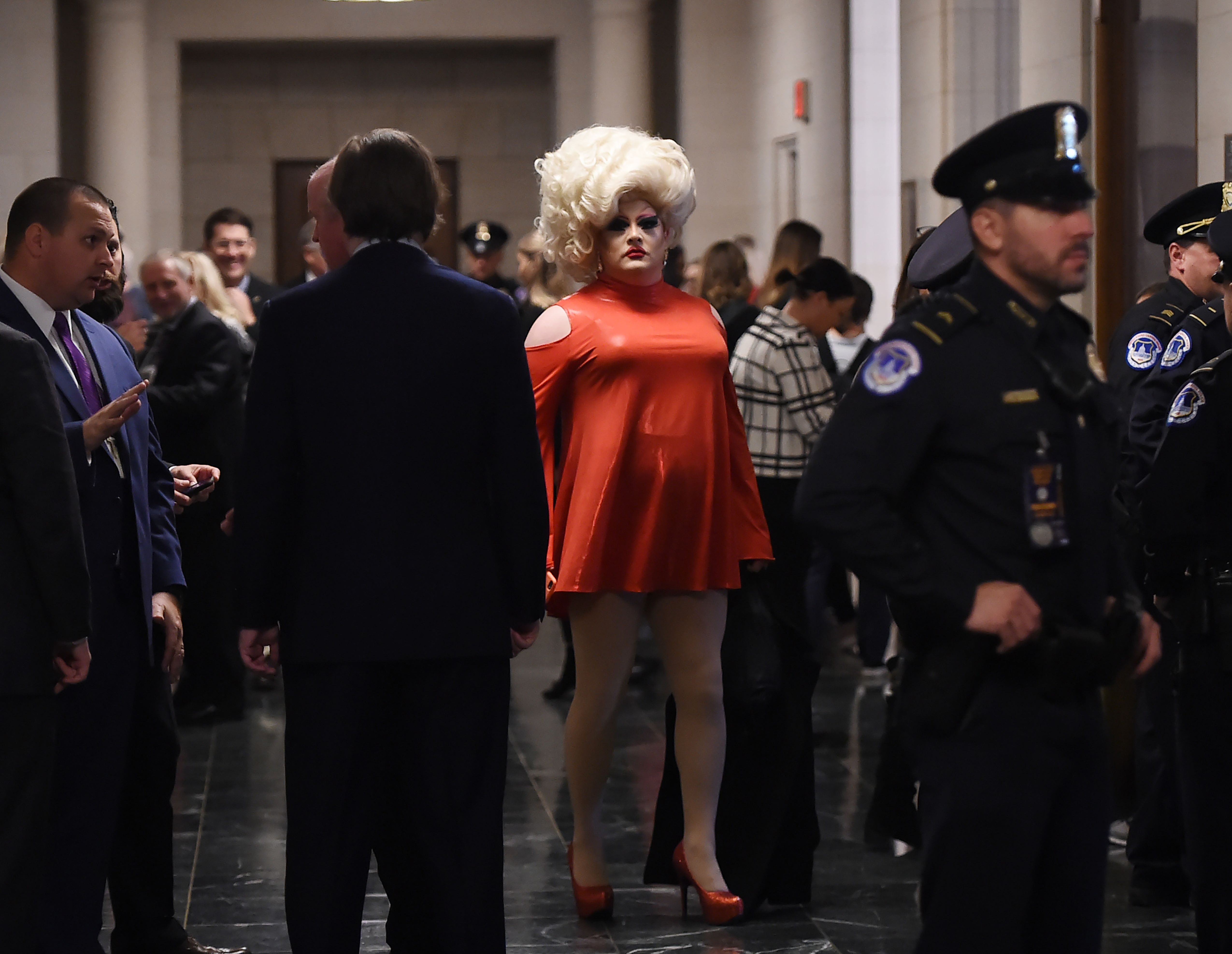 Myle’s website describes him as “an accomplished drag comedian, singer, and hostess” and “cycle 4 winner of Philly Drag Wars and was voted Best Drag Hostess in Philadelphia at the Beacon Light Awards.”

The drag queens entrance began making its way through social media after being picked up by CSPAN footage.

Someone did ask me last night if there’s anything in DC that surprises me anymore.

“They scouted him out at his Barracuda show on Sunday,” Ayllon said. “I do know they were looking for a comedian who could improv on the spot and deliver the news in a fun way.”