The U.S. Conference of Catholic Bishops (USCCB) tweeted Tuesday that Bishop Jaime Soto thinks President Donald Trump’s recent action on immigration is a “betrayal” of U.S. veterans. Soto’s quote came from a Tuesday USCCB meeting on immigration in Baltimore where the Sacramento bishop said there are significant numbers of immigrant veterans and children of immigrants who are also veterans, the Catholic News Service reported.

“Bishop Soto says our veterans sacrificed for immigrants and the administration’s policy is a betrayal of their sacrifice,” the USCCB tweeted. Neither the USCCB nor Soto’s Diocese of Sacramento responded to requests for comment.

.@bishopsoto says our veterans sacrificed for immigrants and the administration’s policy is a betrayal of their sacrifice. #USCCB19

But Twitter users who said they are veterans lashed back at Soto’s words. Many of these users said that Soto should not tell them what their sacrifice was for.

“As a 20 year Army, veteran I can tell you that Bishop Soto doesn’t know what he’s talking about,” wrote user Troy S. (RELATED: Abortion Should Remain Catholic Bishops’ ‘Preeminent Priority’ Ahead Of 2020 Elections, US Bishops Decide)

“Not true,” wrote user Rob Russo. “We sacrificed for the Constitution. For law & order. Not for illegal immigrants to break our laws or, take advantage of our welfare system. Legal immigration, absolutely, YES. illegal, NO.” 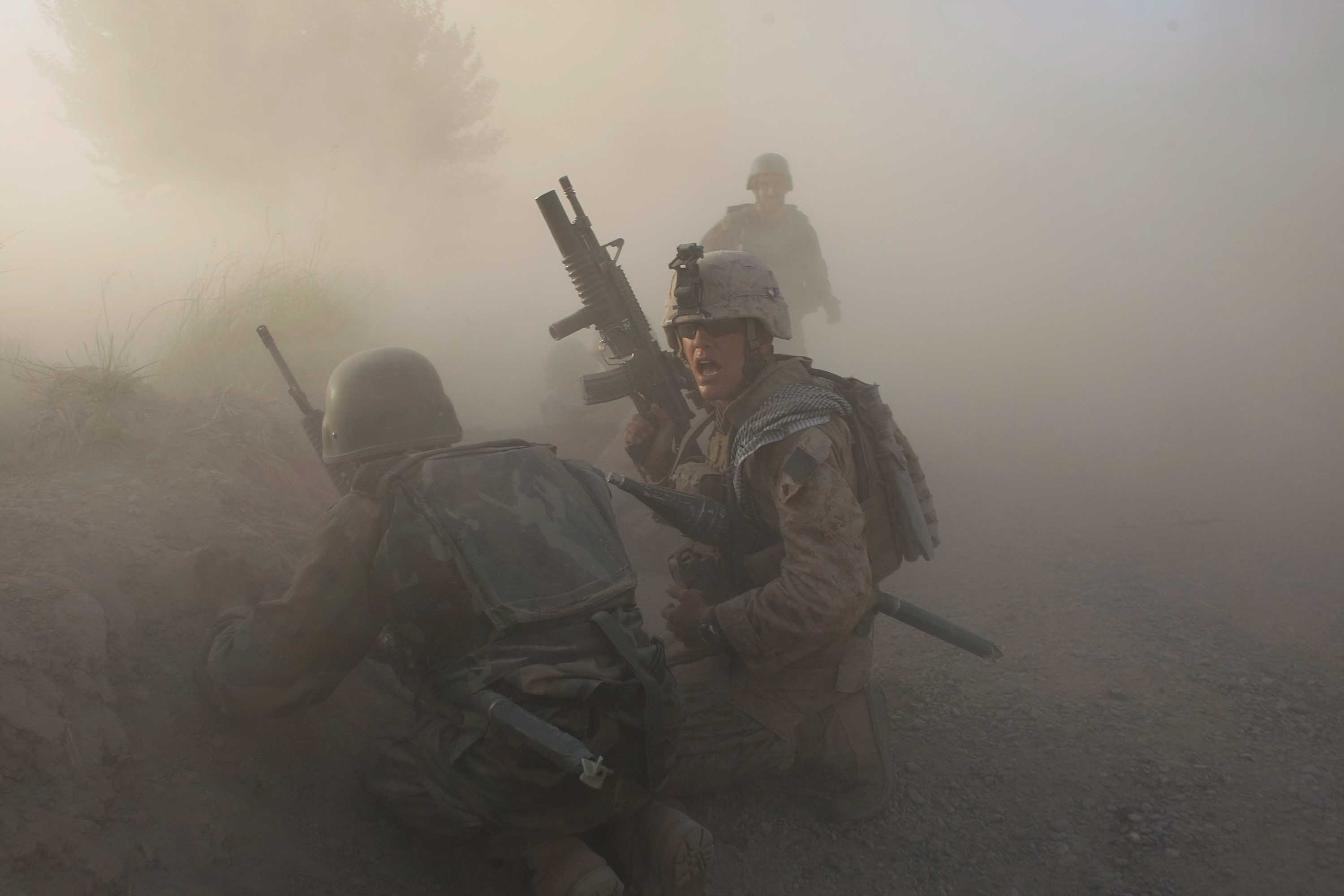 A U.S. Marine with the 2nd Marine Expeditionary Brigade, RCT 2nd Battalion 8th Marines Echo Co. along with an Afghan soldier react as dust blankets the area after an IED exploded while they were under enemy fire on July 17, 2009 in Mian Poshteh, Afghanistan. (Photo by Joe Raedle/Getty Images)

“Been in the Air Force for almost 15 years and this is 100% wrong and frankly insulting,” wrote user Nick M. “This den of vipers doesn’t speak for me!”

“As a ten year vet I can say I defended your ( us citizens) freedom and constitutional rights,” user Tim Tom wrote. “Immigrants need to follow our laws just my great grandparent did and eventually become us citizens! And we all spoke and speak English. We followed the catechism!!!”

Some users responded by telling Soto why they fought for the U.S., mentioning their desire to protect U.S. borders and keep dangerous migrants away from their families.

“Sorry, my husband served for 20+ yrs and he would tell you himself that his oath specifically was to protect and defend our constitution against all enemies foreign and domestic. There is no Constitutional right to open boarders,” wrote user Christi Dea.

User Caleb Duerr added, “I drove a tank in Iraq from 05-06. We didnt fight that war so our hometowns could be filled with violent Somali migrants. We fought that war for Israel/AIPAC & to enrich a handful of corporations.”

“Said those that never sacrifice Anything,” user Dan Ruf responded. “Plus. When I served, illegal still was illegal.”

“As a Veteran, I would like to say @bishopsoto is greatly mistaken,” user Nathan Cotus wrote. “He should probably do more research before making unsubstantiated blanket statements like this. I am also curious if @bishopsoto was one of the 69 Bishops who voted to downplay the fight against abortion?”