House Democrats refuse to work with Education Secretary Betsy DeVos’s requests for information as they threaten to subpoena her, the Department of Education said Thursday.

Democratic Virginia Rep. Bobby Scott threatened Nov. 1 to subpoena DeVos if she does not testify before the Education and Labor Committee regarding DeVos’s collection of student loans owed by students at defunct Corinthian Colleges. The Education Department noted that it is “unprecedented” and “counterproductive” for House Democrats to demand a hearing with DeVos before having had a briefing or a conversation on the topic, Education Press Secretary Angela Morabito told the Daily Caller News Foundation.

“The reality is: the facts are incredibly complicated, and the issue is further complicated by multiple pending lawsuits,” Morabito said. “But it doesn’t seem the Committee is terribly interested in learning the facts.” (RELATED: Here Is What Parents And Activists Say About Austin, Texas’s Progressive Sex Education) 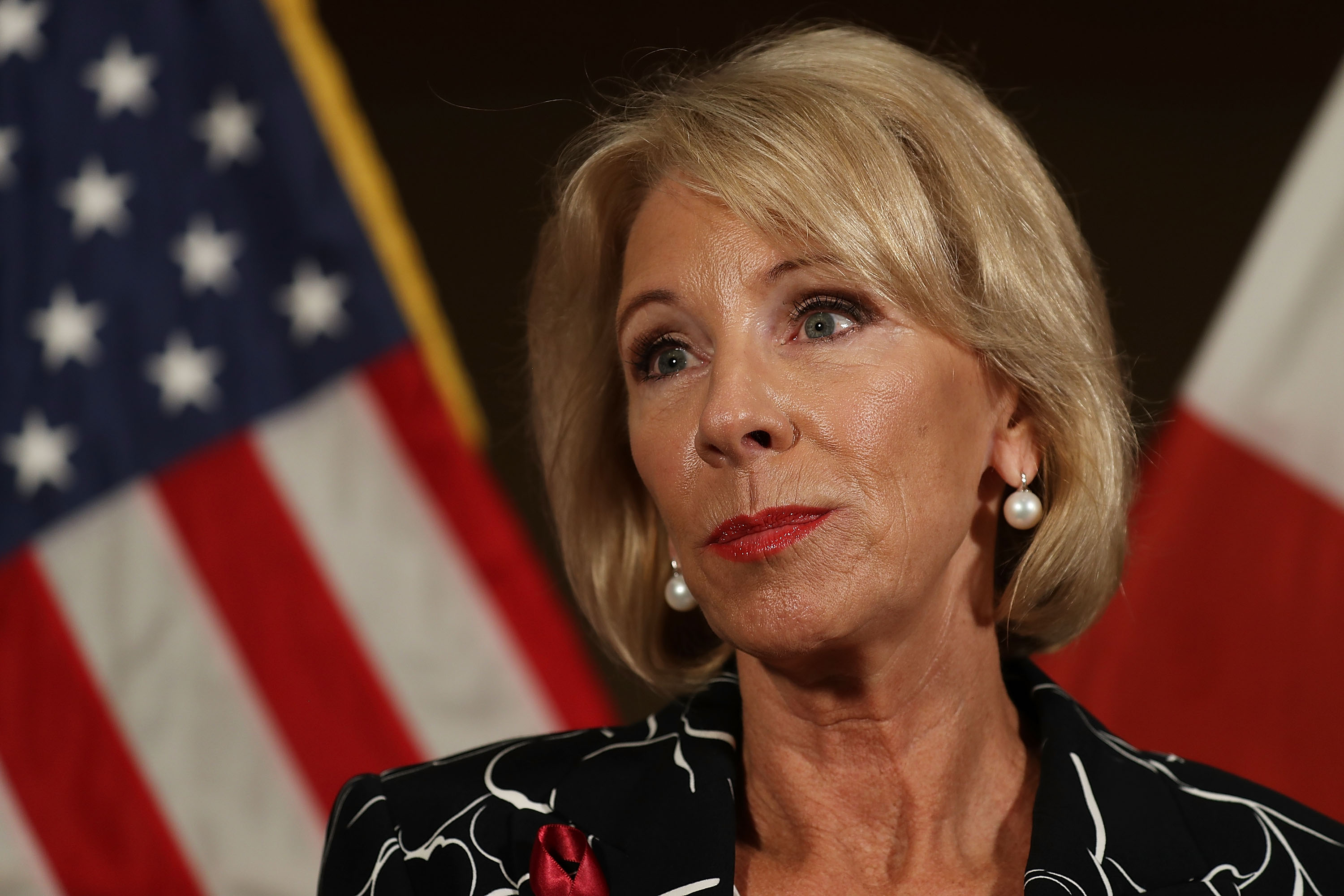 U.S. Education Secretary Betsy DeVos speaks to the news during a press conference held at the Heron Bay Marriott about her visit to Marjory Stoneman Douglas High School in Parkland on March 7, 2018 in Coral Springs, Florida. (Photo by Joe Raedle/Getty Images)

The Education Department has gone to great lengths to provide Congress with the requested information, Morabito continued, including sending five separate letters since the end of October to share the information.

But Democrats continually reject the Education Department’s offers for briefings or hearings with Gen. Mark Brown, the COO of FSA, a move Morabito said is “completely unreasonable.” She said the department also offered for House Democrats to meet with DeVos herself, and is awaiting a response.

“In the meantime, Congressional staffers have successfully grabbed headlines by claiming that the Secretary is refusing to testify — but that’s just not true,” Morabito said. “We are simply trying to advance a productive dialogue that will actually help provide the facts. Unfortunately, House Democrats just won’t take yes for an answer.”

The Education Department is not interested in either a “clickbaity show trial” or a “media circus” that will not move the conversation forward, Morabito said. (RELATED: A Student Says Her High School Would Not Allow Her Pro-Life Club. The High School Denies It)

“We are trying to make it as easy as possible for them,” she said, adding that House Democrats’ actions are “pretty telling and beg the question: Why?”

Scott’s office did not immediately respond to the Daily Caller News Foundation’s request for comment.