Jeffrey Epstein’s brother Mark Epstein gave an interview with the Miami Herald published Thursday expressing skepticism about the circumstances of his brother’s death.

According to the Herald, Mark “insists the pathologist erred in concluding that his brother hanged himself in August at the federal Metropolitan Correctional Center.”

“I could see if he got a life sentence, I could then see him taking himself out, but he had a bail hearing coming up,” he told the paper. Epstein also said his brother’s death was “very suspicious” and “too much to be a coincidence.”

He also called his brother “innocent,” adding, “Do I think that it was inappropriate for him, at age 50 or 60 to be with women who were 18 or 20? Yes, but it certainly wasn’t illegal and it wasn’t sex trafficking.” (RELATED: Things Get A Little Awkward On MSNBC When Alabama Student Says ‘Jeffrey Epstein Didn’t Kill Himself’ Live On Air)

“Jeffrey knew a lot of stuff about a lot of people,” he told the Herald.

Jeffrey Epstein, a convicted sex criminal, died in the Metropolitan Correctional Center (MCC) in New York City in August in what was ruled a suicide in an autopsy. 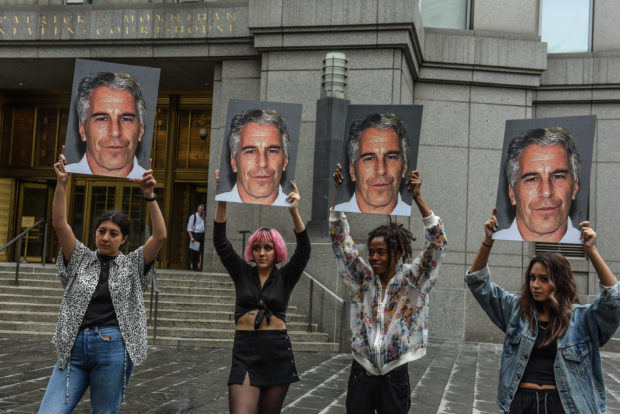 In leaked footage released this month, ABC News host Amy Robach can be seen expressing her belief that he was killed.

“So do I think he was killed? A hundred percent, yes I do,” she said in the video. “Because do you want it? He made his whole living blackmailing people. Yep.”

“And they made it seem as though he made that ‘suicide attempt’ two weeks earlier,” she said. “But his lawyers claim that he was roughed up by his cellmate around the neck, that was all like to plant the seed. And then…that’s why I really believe it. Like really believe it.”