Lopes said Metsger’s conviction comes as no surprise since it follows “increasing raids, detentions, and arrests of Jehovah’s Witnesses in Russia.” (RELATED: Russia Sends Another Jehovah’s Witness To Prison For ‘Organizing Extremist Activity’)

“He is the 12thJehovah’s Witness to be convicted this year simply for participating in peaceful Christian worship,” Lopes told the DCNF. “Numerous world leaders, international bodies, and human rights specialists have condemned Russia’s egregious disregard for international law, as well as its own constitution, in persecuting Jehovah’s Witnesses.” 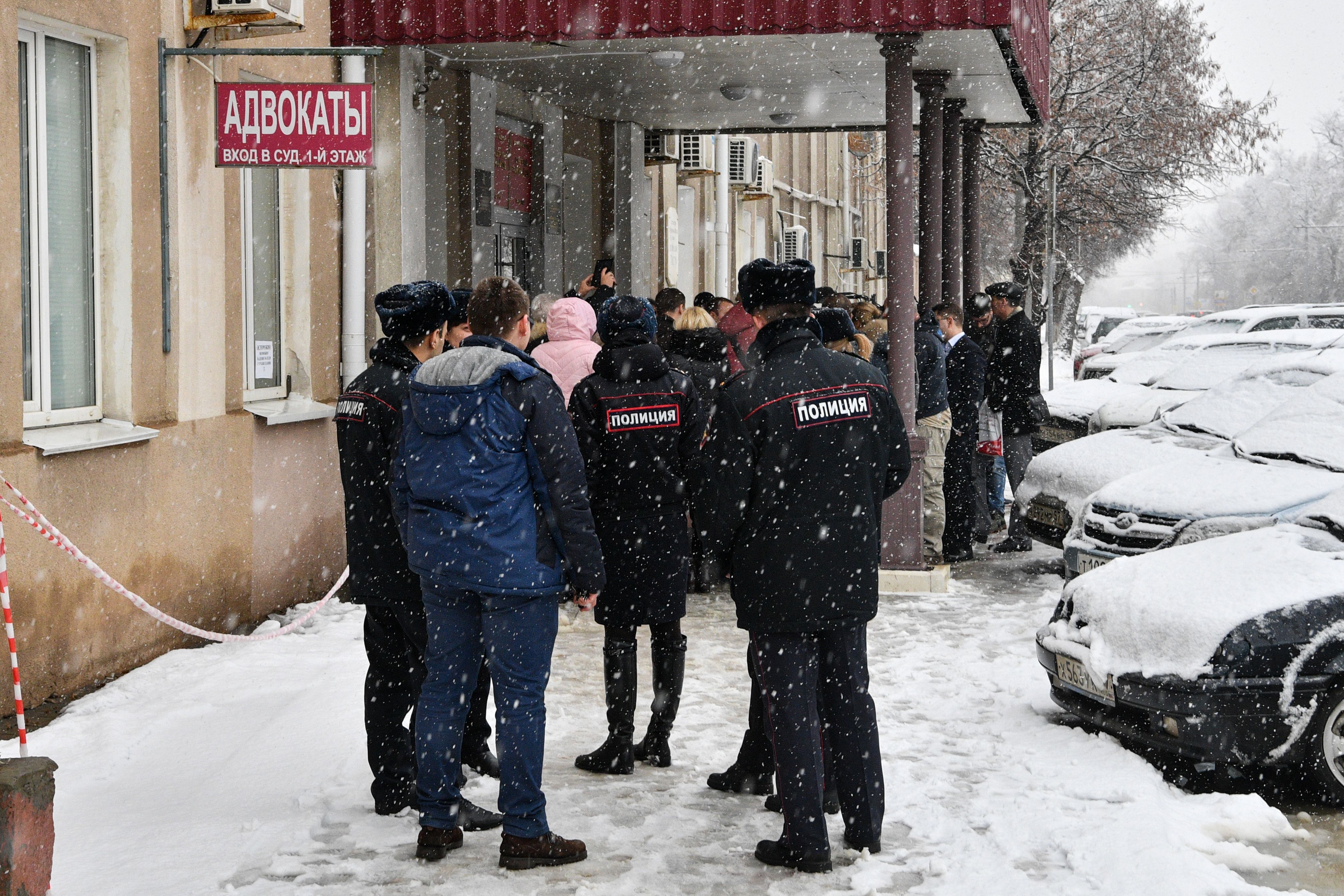 A Russian court on February 6, 2019 sentenced a Danish Jehovah’s Witness to six years in prison for “extremism”, in the first conviction of its kind since a 2017 law that outlawed the religious group. (MLADEN ANTONOV/AFP via Getty Images)

As of Nov. 14, there are 285 Jehovah’s Witnesses facing criminal charges in Russia, Lopes told the DCNF, including 220 men and 65 women.  The Russian government has raided 722 homes of Jehovah’s Witnesses since Russia’s condemnation of the religious organization, Lopes said. He explained that 46 Jehovah’s Witnesses are being held in detention or prison, 23 are under house arrest, and 12 men have been convicted.

Lopes also said that Jehovah’s Witnesses’ global community is inspired by their fellow believers “who have resolutely held on to their faith in the face of this systematic attack on religious freedom.”

Metsger’s conviction follows the Nov. 5 sentencing of 49-year-old SergeyKlimov, who served as head of the Jehovah’s Witnesses in Tomsk, Siberia.