A federal judge ruled that a New Jersey-born woman who left the country to join the Islamic State was never a U.S. citizen, undercutting her request to return.

Reggie Walton, a federal judge serving in the U.S. District Court for the District of Columbia, ruled Thursday that Hoda Muthana is not a U.S. citizen, siding with the Trump administration’s argument that, because she was born while her father was still a diplomat, she is ineligible for citizenship.

Nearly everyone who is born on U.S. soil is automatically granted citizenship. However, under the Immigration and Nationality Act, birthright citizenship does not apply to those born to foreign diplomatic officers. Walton found Muthana’s father was still serving as a Yemeni diplomat at the time of her birth in Hackensack, New Jersey, in 1994.

Ahmed Ali Muthana, her father, said he surrendered his diplomatic status June 2, 1994, months before Muthana was born. Her family also said she carried a legitimate passport with her when she left the country to join ISIS. The Constitutional Law Center for Muslims in America is representing Muthana, her father, and her 2-year-old child. 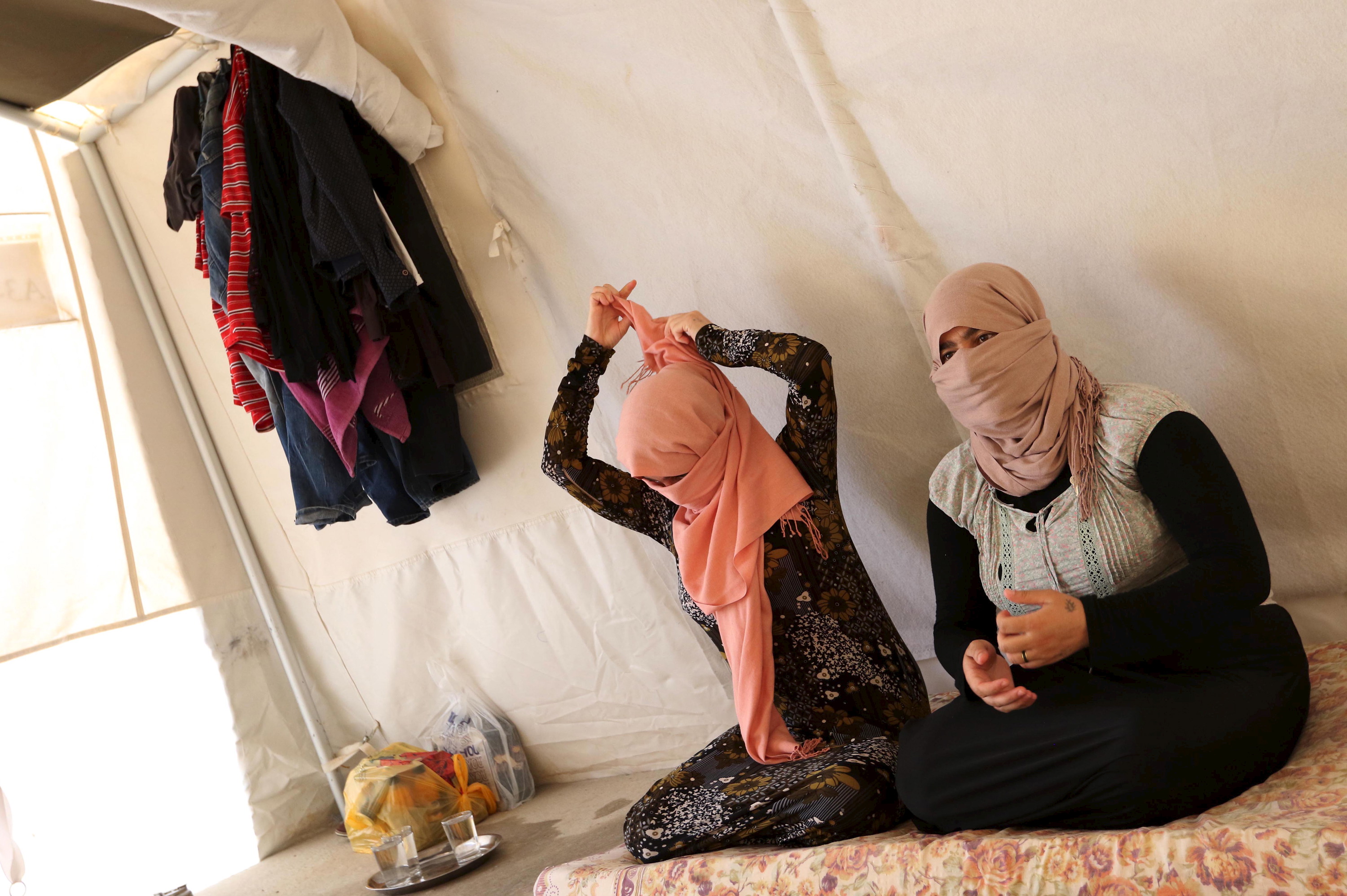 Yazidi sisters, who escaped from captivity by Islamic State (IS) militants, sit in a tent at Sharya refugee camp on the outskirts of Duhok province July 3, 2015. Picture taken July 3, 2015. REUTERS/Ari Jala

Despite the court decision, her family vows to continue fighting for her return.

“While we are disappointed with and disagree with the court’s ruling today, this is not the end of our client’s legal options,” Christina Jump, an attorney with the Constitutional Law Center for Muslims in America, said Thursday, according to The Wall Street Journal. “We will wait to read the court’s written opinion, and will evaluate our available options at that time.”

The decision marks the latest development for the 25-year-old, who left her home in Alabama in 2014 to join ISIS fighters in Syria. During her time with the terrorist group, she married three men, all of whom eventually died in combat, and gave birth to a son who is 2 years old. She also burned her U.S. passport in 2014, declaring herself a citizen of the caliphate.

She was also active on social media during that time, advocating extremist ideology and encouraging American Muslims to kill non-Muslim citizens.

“Americans wake up! Men and women altogether. You have much to do while you live under our greatest enemy, enough of your sleeping! Go on drivebys, and spill all of their blood, or rent a big truck and drive all over them. Veterans, Patriots, Memorial, etc day … Kill them,” she tweeted in 2015.

However, she has since had a change of heart. She expressed her desire to return to the U.S. and face the American justice system, in an interview with The Guardian in February. 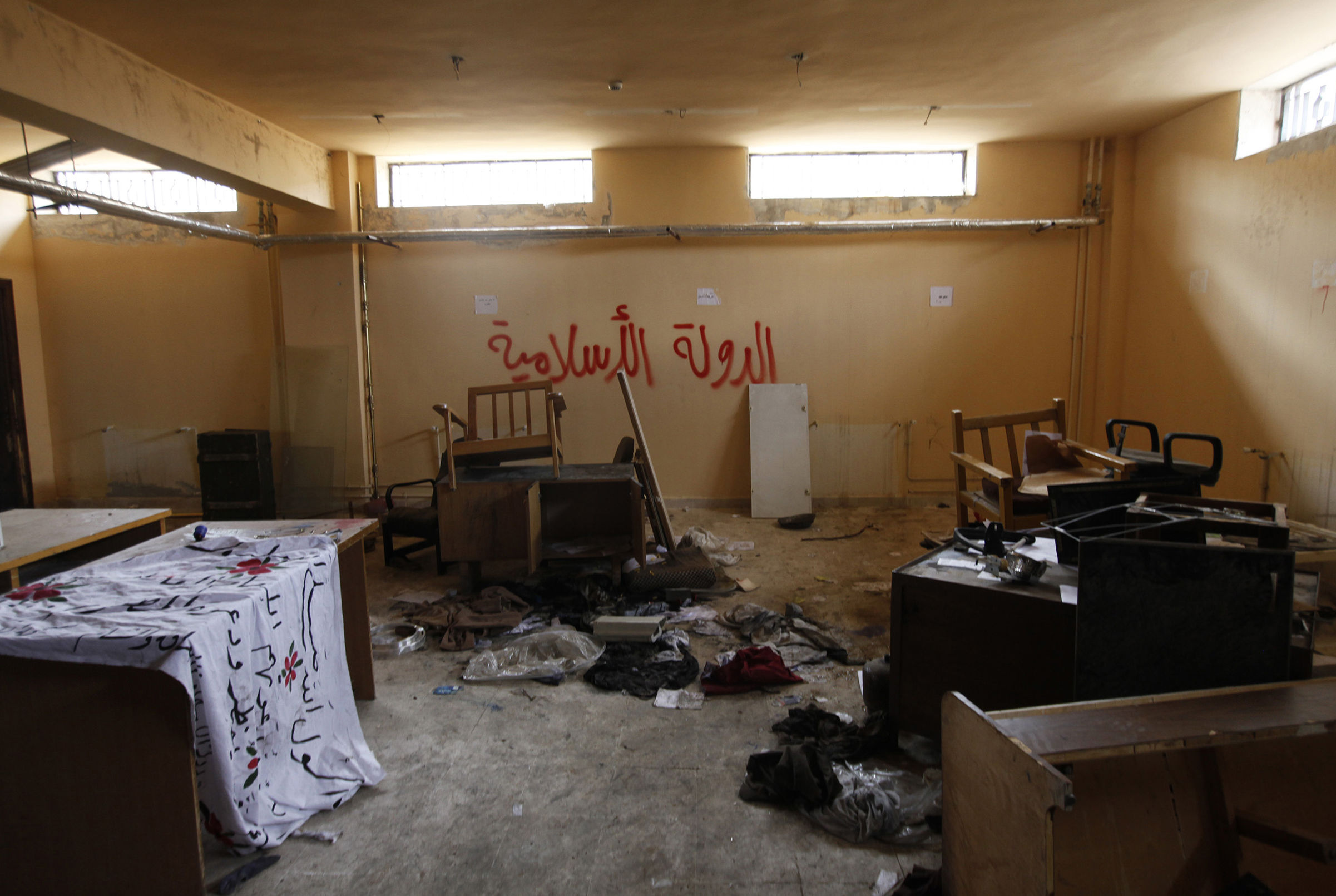 Damage is seen inside a former base used by fighters from the Islamic State in Iraq and the Levant (ISIL), after they withdrew from the town of Azaz, near the Syrian-Turkish border, March 11, 2014. To match Insight SYRIA-CRISIS/REFUGEES REUTERS/Hamid Khatib

“I would tell them please forgive me for being so ignorant, and I was really young and ignorant and I was 19 when I decided to leave. I believe that America gives second chances. I want to return and I’ll never come back to the Middle East,” she told the outlet.

However, the Obama administration revoked her passport in 2016, stating it was given to her “illegally, fraudulently, or erroneously.” The current administration has maintained this position, with President Donald Trump even tweeting about her case earlier in 2019. (RELATED: Armed Services Republican Explains Why Killing al-Baghdadi May Be ‘More Significant’ Than Bin Laden)

“I have instructed Secretary of State Mike Pompeo, and he fully agrees, not to allow Hoda Muthana back into the Country!” the president tweeted in February.

Muthana remains in a refugee camp in northern Syria with her young child while she continues her court battle.