McCain made a similar remark about former Trump campaign manager Paul Manafort last year, saying that Manafort should “rot in jail and then he should rot in hell.”

Meghan’s remark may also be a jab at Stone referencing his 2017 tweet at her father John McCain.

In August 2017, Stone said that John McCain could “burn in hell for all eternity” after he criticized President Donald Trump’s pardon of Joe Arpaio.

Stone was found guilty on charges of making false statements to Congress, obstructing an official proceeding, and witness tampering Friday. 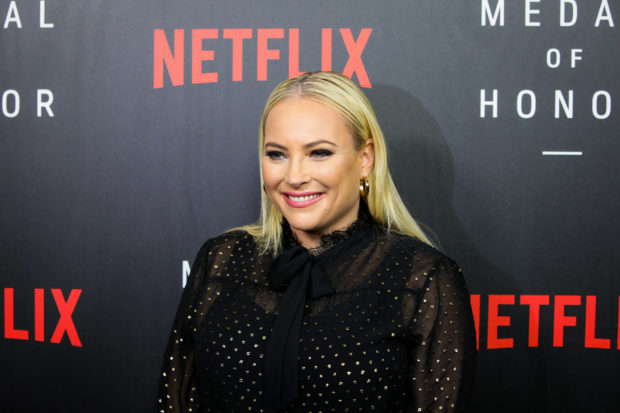 Meghan McCain, Co-Host of ‘The View’, at the Netflix ‘Medal of Honor’ screening and panel discussion at the US Navy Memorial Burke Theater on November 13, 2018 in Washington, DC. Photo by Tasos Katopodis/Getty Images for Netflix

McCain has recently referred to the Trump administration as “feckless unpatriotic cowards” over the Syria withdrawal. (RELATED: Meghan McCain Calls U.S. Withdrawal From Syria ‘Nothing Short Of Godless’)

“Right now we’re just saying we’re just going to leave them and abandon them and to everyone in the White House and every Republican who was mad that President Obama pulled out of Iraq, you feckless unpatriotic cowards!” she said on The View.

McCain also recently lashed out at Republican Sen. Rand Paul, saying that she hates him.