Outlets that covered the Tlaib news included The Hill, Mediaite, Fox News, Yahoo News, Washington Examiner and more. Tlaib received payments from the campaign after her 2018 election, and they are “potentially problematic,” the ethics committee said. It voted unanimously to continue its investigation over the payments.

Politico did not write up an article about the Tlaib subpoena, but did write an article Thursday evening about Florida Republican Rep. Ross Spano, who is also being investigated over alleged campaign finance violations. Its only mention of Tlaib’s subpoena recommendation came during “Morning Score” Friday, a daily newsletter.

The newsletter includes one paragraph about Tlaib towards the bottom of the page. It also includes Spano’s investigation high up in the newsletter, in addition to its Thursday article. (RELATED: Rashida Tlaib Leads Crowd In Trump Impeachment Chant)

The New York Times and The Washington Post both underplayed the probe into Tlaib, highlighting Spano’s investigation while burying her news lower into each respective article.

“Multiple Lawmakers Under Investigation Over Ethical Misconduct,” the NYT article reads in its headline. The first sentence underneath the headline highlights Spano and makes no mention of Tlaib. She is not mentioned until paragraph 11.

“The Justice Department is now reviewing one case, over whether Representative Ross Spano had violated campaign finance laws,” the article reads. It fails to mention that the committee recommended subpoenaing Tlaib. 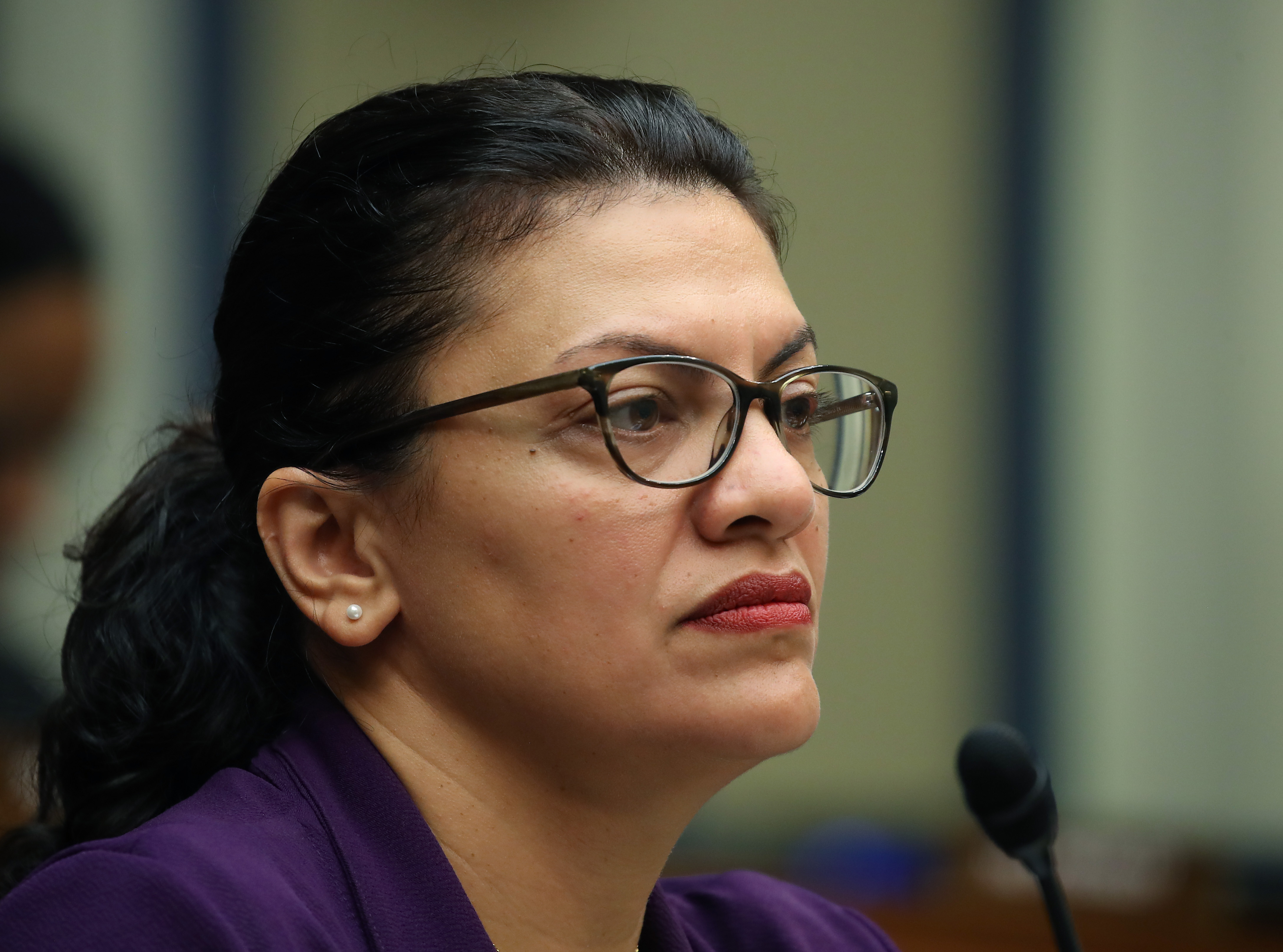 “GOP Rep. Spano admits federal campaign probe; Ethics panel looks into three others,” according to WaPo’s headline Thursday. The article doesn’t mention Tlaib until 12 paragraphs in, and describes her alleged misconduct as “her decision to pay herself a salary totaling $45,500 through her congressional campaign.”

The article also doesn’t mention the fact that the board unanimously agreed to continue its probe and suggested subpoenaing the freshman congresswoman.

NBC made no mention of Tlaib, as its last article highlighting her appears to be from Wednesday. The outlet mentioned Spano in an article Friday. ABC News also didn’t cover Tlaib, but did write an article Thursday evening about the probe into the Republican.

CNN had not published an article about Tlaib at the time of the publication of this article. It had not covered Spano in the news, either. CBS also did not appear to cover either of the campaign finance violation news.

Politico, NBC, ABC and CBS did not immediately respond to a request for comment.

1
'I Want To Make This A Parade': White Michigan Sheriff — And His Cops — Ditch Riot Gear To March With Black Protesters
US
2
Former NFL Executive Says This Team Should Sign Colin Kaepernick. Is It A Horrible Idea?
Editorial
3
Black Firefighter Spent His Life Savings To Open A Bar. Then Minneapolis Looters Burned It Down
US
4
Biden Staffers, Celebrities Scramble To Funnel Bail Money To Rioters
Politics
5
Greg Abbott Declares State Of Disaster, Gives Green Light To Federal Assistance
US