The cases arise from Trump’s bid to shield his personal tax records and other Trump Organization financial documents from a congressional panel and a New York City prosecutor. An appeal to the high court is Trump’s last resort to prevent release of personal and professional financial information while an impeachment inquiry unfolds in the House of Representatives.

Trump and his personal lawyers filed a lawsuit to bar Mazars from complying with the subpoena. A federal trial judge and the 2nd U.S. Circuit Court of Appeals ruled against the president, prompting an appeal to the Supreme Court on Thursday.

The case tees up a major question of presidential immunity. In the past, the high court has required sitting presidents to cooperate with subpoenas and civil suits in the federal courts. Those rulings notwithstanding, Trump’s lawyers argue sitting presidents are immune from indictment and prosecution.

“The criminal prosecution of a sitting president violates [the Constitution]. ‘To wound the president by a criminal proceeding is to hamstring the operation of the whole governmental apparatus, both in foreign and domestic affairs,'” the president’s petition reads, quoting a 1973 Department of Justice memo.

That presumption is especially strong with state and local prosecutions, Trump argues. Such indictments threaten the balance of power between the federal government and the states, and potentially subjects an incumbent president to abuse from politically-motivated district attorneys.

“The practical threat that state criminal process poses to a president cannot be overstated,” the petition reads. “State and local prosecutors have massive incentives to target him with investigations and subpoenas to advance their careers, enhance their reelection prospects, or make a political statement. Unleashing all fifty states and thousands of local governments to conduct their own broad-ranging criminal investigations of a sitting president is unimaginable.”

Vance’s subpoena targets Mazars — not the president himself. For that reason, lower courts have said compliance with the subpoena does not burden the president by prohibiting him from fulfilling his unique duties in the law his lawyers fear.

The Manhattan district attorney’s office will file its response to Trump’s petition in the coming days, followed by a reply from the president about two weeks later. The justices will likely consider Trump’s request in early January. If they agree to hear the case, arguments will likely be heard in spring 2020. A decision would come in June. (RELATED: The Supreme Court Looks Ready To Uphold Trump’s Bid To End DACA) 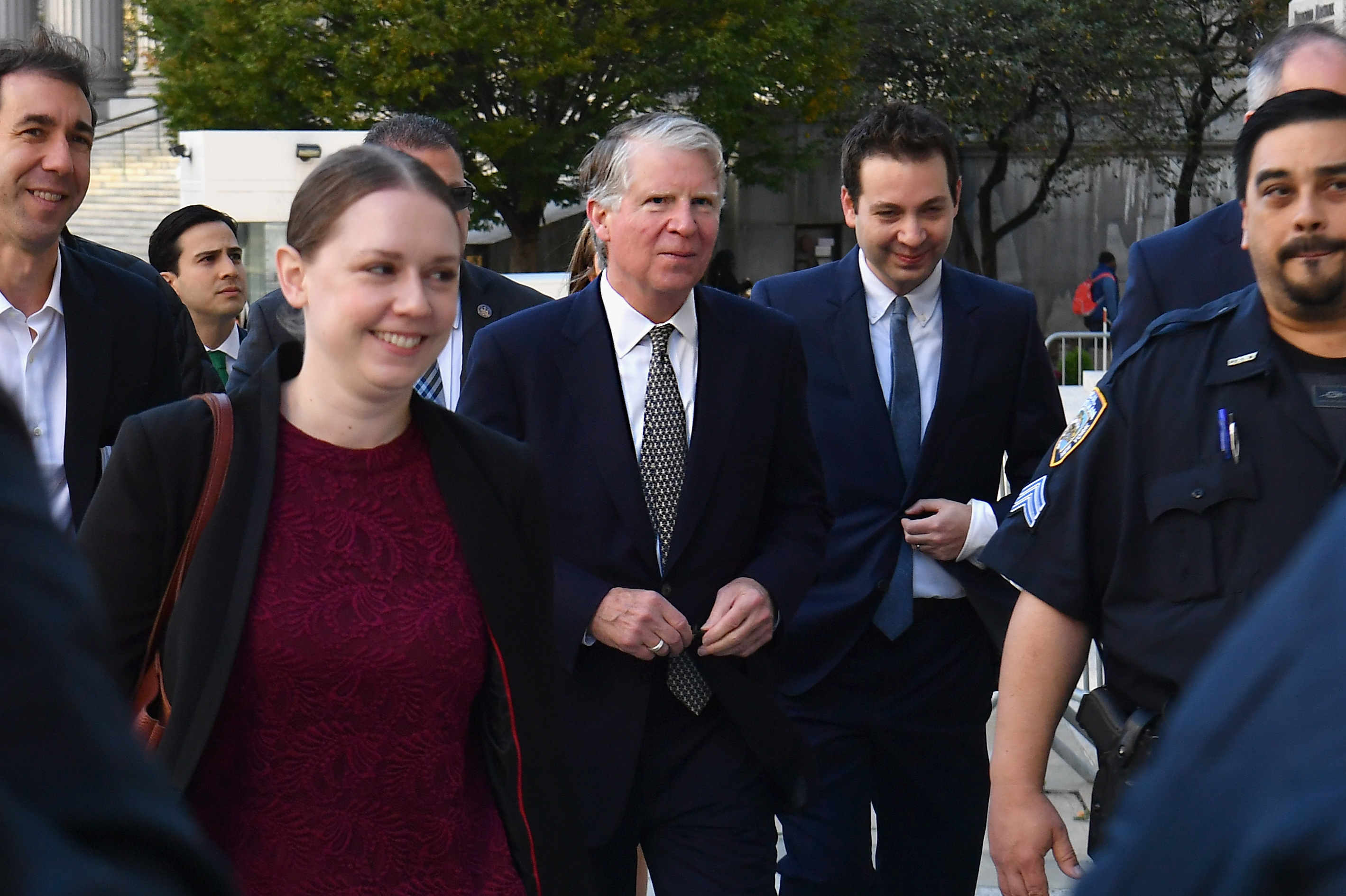 The second case, which reached the high court Friday, involves a dispute between Trump and the House Oversight Committee. Much like the first case, the panel subpoenaed Mazars for eight years worth of financial filings after erstwhile Trump aide Michael Cohen testified that the president sometimes inflated assets or hid liabilities to meet current financial needs.

In turn, Trump sued the committee and Mazars, saying the subpoena lacks a “legitimate legislative purpose.” That’s because the committee is essentially conducting a criminal investigation and acting like a law enforcement entity, which is not appropriate for a legislative body, Trump says.

House Democrats counter that the subpoena is valid because it seeks information relevant to legislation Congress is considering, such as a bill imposing new disclosure and ethics requirements on the president and vice president.

U.S. District Judge Amit Mehta sided with congressional Democrats. A divided three-judge panel of the U.S. Court of Appeals for the D.C. Circuit agreed. The full D.C. Circuit declined to review that ruling Wednesday on a 8-3 vote.

“This subpoena is a valid exercise of the legislative oversight authority because it seeks information important to determining the fitness of legislation to address potential problems within the executive branch and the electoral system,” Judge David Tatel wrote for the three-judge panel. Judge Neomi Rao dissented from Tatel’s decision.

The second case arrives at the high court in a more urgent posture, since House Democrats could seek release of the Mazars records at any time. As such, Trump is asking the high court to immediately stay the D.C. Circuit’s decision and ensure Trump’s materials remain private while the high court decides how to proceed.

“Without a stay, Mazars will disclose [Trump’s] records to the committee, mooting this case, and irrevocably destroying [the Trump’s] legal right to keep their information confidential,” the application reads.

A decision on that application will come in short order. The case is No. 19A545 Trump v. Mazars USA LLP.

1
Antifa Group To March Alongside Pro-Gun Protesters In Virginia
US
2
FBI Interview Notes With Page And Papadopoulos Are Released
US
3
'I Want Trump Out!': Migrants Plan To Cross US Border Once Trump Leaves Office
World
4
Sender Of Cryptic Messages About Yovanovitch Says They Were A Joke, Denies Spying On Diplomat
US
5
CNN Demands McSally Apologize For 'Liberal Hack' Comment — Instead She Fundraises Off Of It
Politics