LIVE UPDATES: Here’s A List Of How Every Country In The World Is Responding To Coronavirus
Justin Caruso Contributor
November 18, 2019 10:19 AM ET
Font Size:

Another poll released Monday is more bad news for President Donald Trump, as ABC indicated that 70% of Americans think his behavior toward Ukraine was wrong.

According to the ABC/Ipsos poll, which randomly surveyed 506 adults, 51% of Americans want him removed from office altogether. The results of the poll had a margin of error of 4.8 points.

The poll also indicated that 65% of Republicans think that the president committed no wrongdoing on the call. 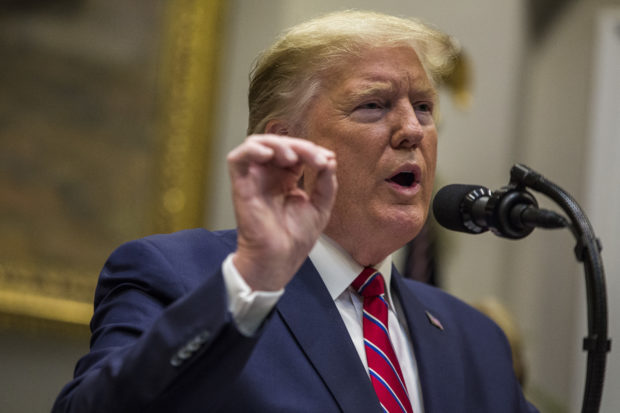 The president is facing an impeachment inquiry in the House of Representatives over allegations that he used aid to Ukraine to try to push the country to investigate Joe Biden’s son Hunter Biden and his business dealings in the Eastern European nation.

Public hearings in the House kicked off last week in Washington, with House Intelligence Committee chair Adam Schiff seemingly laying the groundwork for a possible obstruction charge as well.

1
Trump Asks Reporter If She's Working For Chinese Government After Pro-Beijing Questions
Politics
2
This Nurse's Viral Sob Story Got Everyone’s Attention. Then It Fell Apart
Media
3
Trump To Jon Karl: 'You're A Third Rate Reporter' And 'You Will Never Make It'
Media
4
'Too Naive Or Too Stupid To Be CO': Leaked Speech Transcript Shows Acting Navy Secretary Modly Trashing Fired Carrier Captain To Group Of Sailors
World
5
Dr. Fauci: Going Back To Pre-Coronavirus Life 'Might Not Ever Happen'
Politics