The anonymous White House staffer who wrote the New York Times op-ed about being part of the “resistance” in the Trump administration claims in his or her new book that administration staffers wanted to see the president’s “downfall.”

“As one said, the President’s inclinations are so bad that perhaps we should ‘give him enough rope’ to entangle his own presidency,” the anonymous writer claims in the new book, “A Warning,” according to CNN.

“The advisor suggested letting him fire the special counsel and Justice Department leadership. He seemed eager enough to do it. If aides helped him follow his instincts, they speculated, it would lead to his downfall.”

The book also indicates that President Donald Trump was reluctant to believe that Russia interfered in the 2016 presidential election. 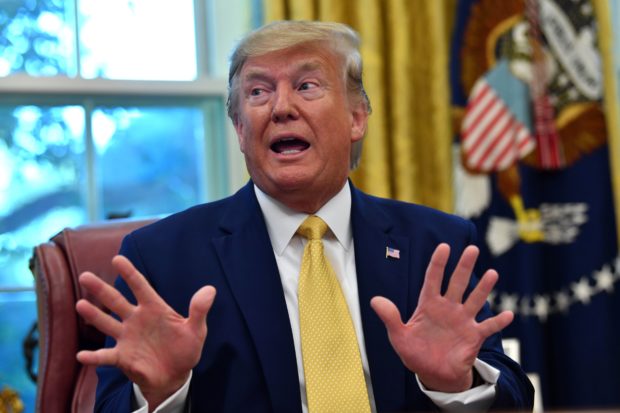 CNN reports that the author of the book also claims that Trump believed Russian president Vladimir Putin over American officials, saying, “I don’t buy it” to evidence of Russian interference in the 2016 election.

The author of this book is still unknown, and the White House has attacked the writer over his or her anonymity.

“The coward who wrote this book didn’t put their name on it because it is nothing but lies,” White House press secretary Stephanie Grisham said last month.

“Real authors reach out to their subjects to get things fact checked–but this person is in hiding, making that very basic part of being a real writer impossible.” (RELATED: Democrats Use Anonymous Trump Official’s NYT Op-ed To Push 25th Amendment Fantasy)

The writer has been reported to be someone who often met with and worked with Trump.