There’s a network out there. Thousands today, and tens of thousands who’ve come before. It might seem impossible that this exists when you’re growing up at home, when you’re on campus. Even after, when you’re old enough to drink but not rich enough to go to the bars.

That’s where I was in the late fall of 2009 when I first reached out to Young Americans for Freedom, to YAF. I wanted to start a magazine– a conservative one for young people. I had a good friend from school, but we weren’t enough, and between us we didn’t have the money needed to make our ideas real. When the executive director, Jordan Marks, got back to me a day later, he told me to meet him downtown. I put on my only suit and got on a bus on a rainy D.C. night.

When the bus pulled up, I remember the puddles splashing out from under the wheels, the water catching the headlights and the driver cranking the door open. “I’m on my way to join the vast right-wing conspiracy,” I thought to myself cheerfully, and it’s funny looking back. I could blush and advise my younger self to slow down if I had the chance, but I wouldn’t. Because I didn’t just meet a new friend that night.

Careful not to get them wet, Jordan cracked the trunk of his car. It was packed with crates of magazines. Decades of magazines. New Guard magazines. And in them, the shared history of young men and women just like me, some since gone and many still fighting for a future where people are free, for a government that is just, and for a country that is great. 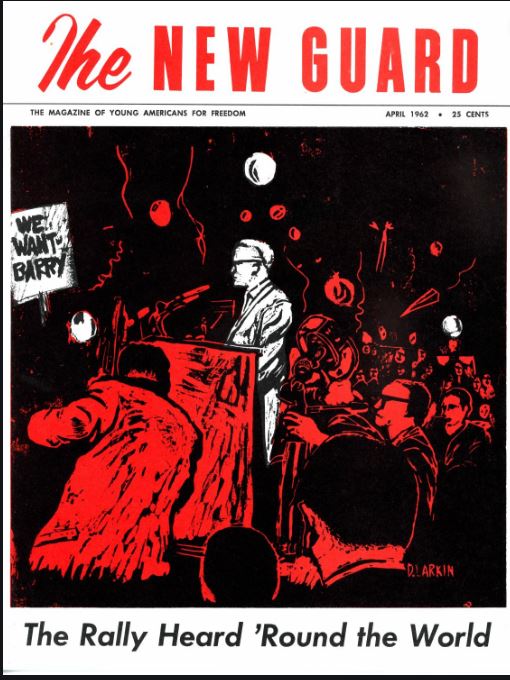 The New Guard, YAF’s magazine founded by Lee Edwards in 1961, needed an editor after nearly 20 years of being shuttered. Those pages told the story of Sharon, Connecticut, where in September 1960 a group of disaffected conservative and libertarian youngsters gathered at the home of Bill Buckley to found the front line of center-right activism and activity. (RELATED: This Man, ‘The Voice Of The Silent Majority’ For A Half Century, Has Lived Conservative History Like None Other) 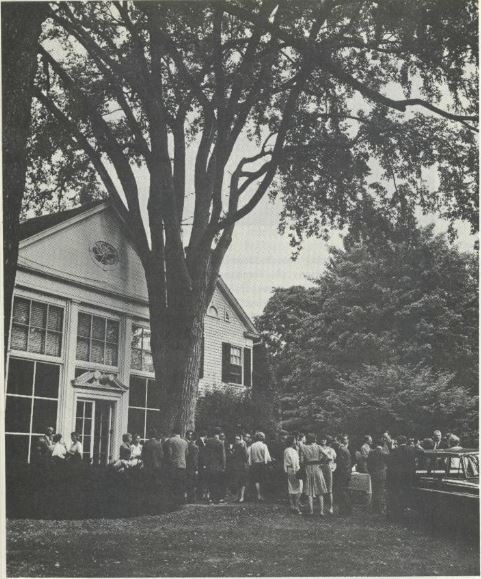 The founding of Young Americans for Freedom at Sharon, Connecticut. YAF.

They told of 1962, when those very same YAFers packed Madison Square Garden with many more filling the streets, unable to fit inside. They were there to cheer for Republicans Barry Goldwater and John Tower, as well as Democrats Thomas Dodd. All were united in their demand the United States confront and end the expansionist, atheist slave state gripping half the planet and threatening human existence. 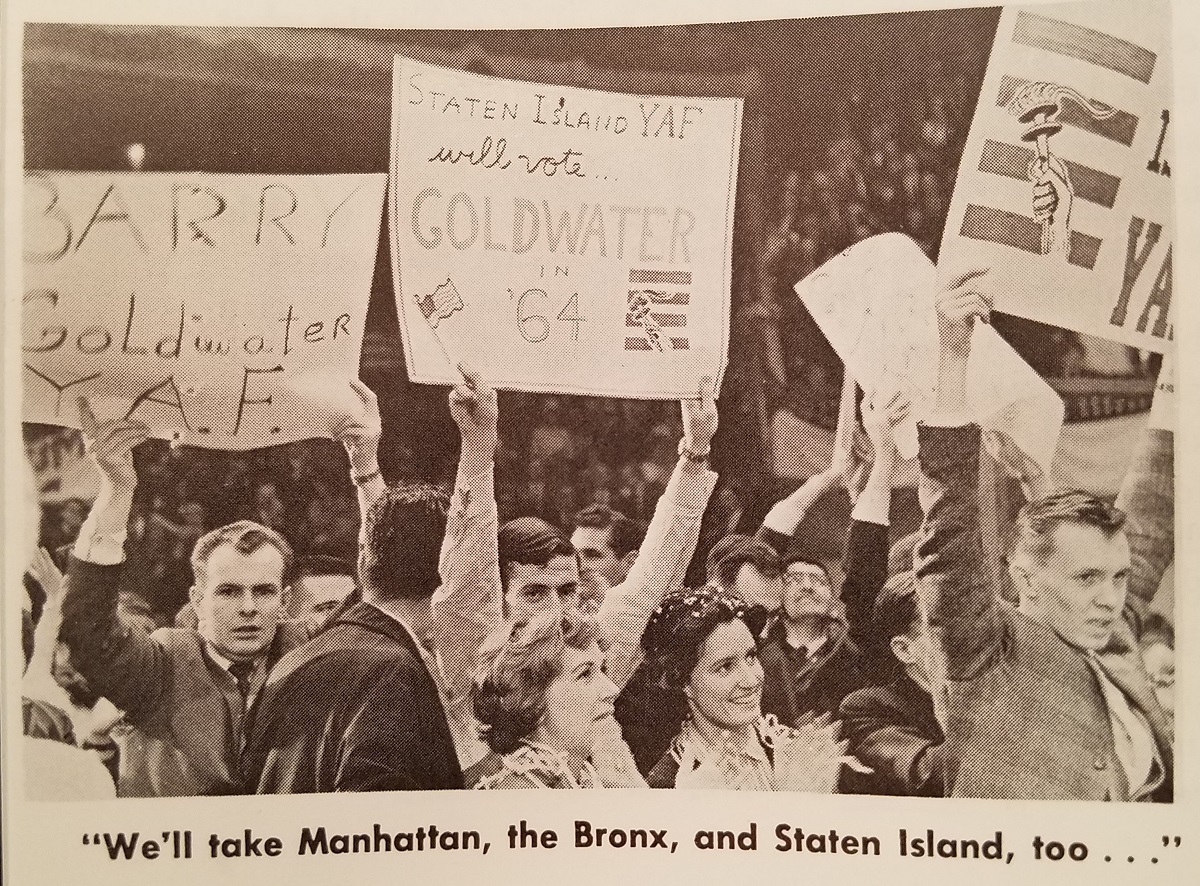 A scene from YAF’s 1962 Madison Square Garden rally, featured in The New Guard

They told of YAF’s national effort to elect Goldwater president, of their crushing defeat in 1964, of their resurgence to nearly capture the mayor’s mansion in the capital of American liberalism the year after, and of the election of Bill’s brother Jim to the U.S. Senate on the Conservative Party of New York ticket five years after.

Those pages tell the tale of Students for a Democratic Society and the left’s campaign of bombings and suppression across the university system, of the disastrous opening of China to the West, the defeat in Vietnam, the fall of Richard Nixon and the rise of Jimmy Carter. 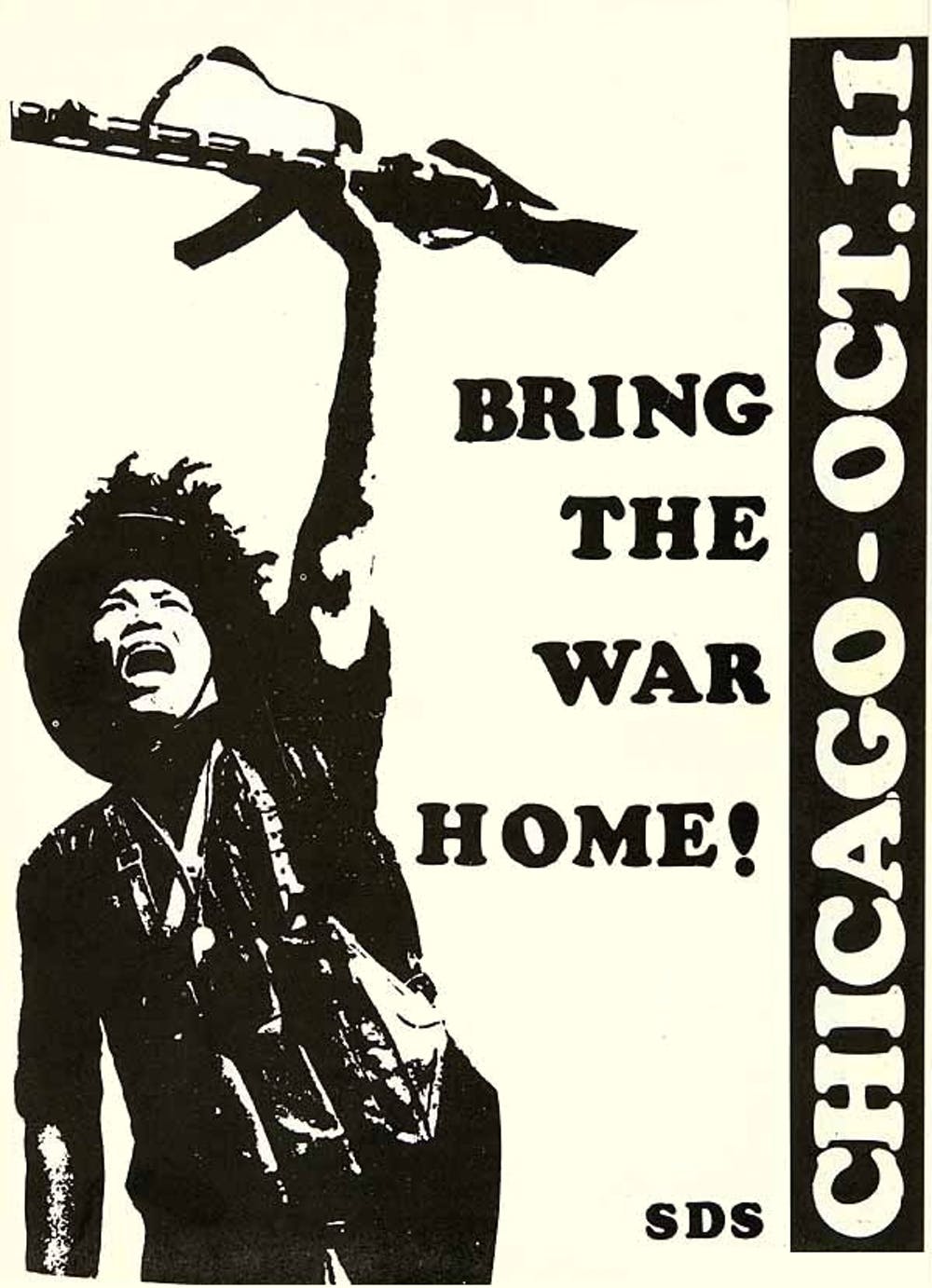 They also told the story of the rise of their friend Ronald Reagan, and 50 years ago today, of the birth of Young America’s Foundation.

Our country’s best young people have a sense of destiny. They have a fire, a zeal, and they have tempers. A group of them led by Charles Stowe also had a sense of responsibility when in 1969, the founded an organization dedicated to creating an ideological balance in education and creating a journalism program. Two years later, they brought their ideas to YAF, where they sponsored Ronald Reagan’s radio program, and in 1977, with the foundation under attack from Carter’s IRS, Ron Robinson took the reins.

With a small, dedicated staff and a sense of purpose, these YAFers shepherded the foundation through the storm, winning the appeal in court and creating something permanent. Reagan’s show, the young YAFers proved, wasn’t about politics as the IRS charged, but about the much deeper philosophy and ideas of a conservative America.

With the support of generous alumni and donors, they purchased from Nancy Reagan their beloved Rancho del Cielo, protecting it and defending its rugged beauty from demolition, development and natural disaster. Today, thousands of young people walk its hills, ride Humvees along its trails, and experience a glimpse of the humble American life our 40th president lived.

While the surges of youthful fervor rose and fell, Young America’s Foundation grew from a Vanderbilt student group with grandiose ambitions to a fixture on college and high school campuses around the country. They acquired the National Journalism Center from the man who was principal author to the Sharon Statement, YAF’s founding document and still today the most succinct declaration of American principles since the Bill of Rights. At NJC, young people learn the endangered trade of journalism, entering a hostile industry to fight for truth in media. 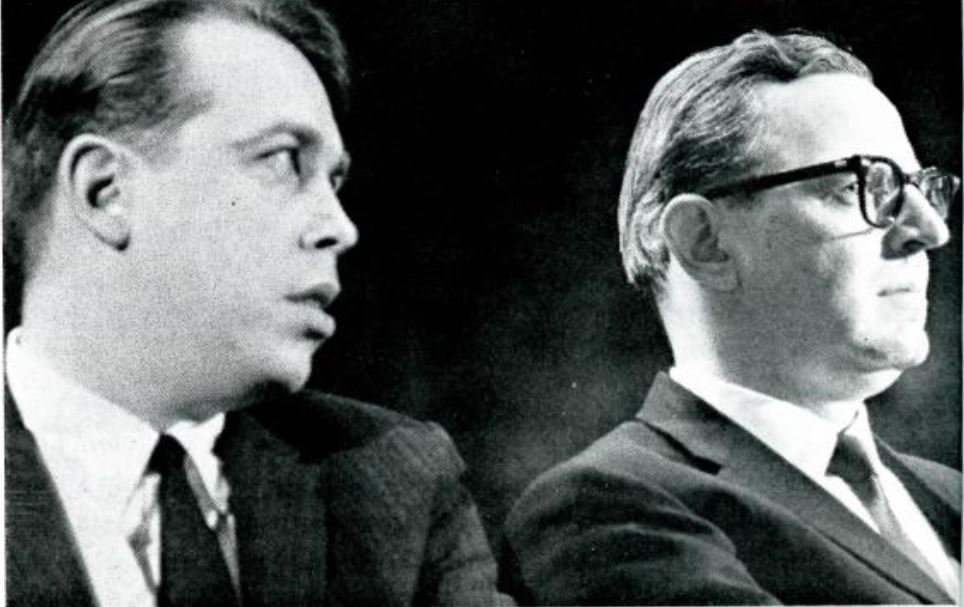 They built the Reagan Ranch Center, where visitors can gather to learn the unapologetically conservative history of a great man so many today claim as their own.

And in 2011 the two YAFs, Freedom and Foundation, once again became one.

Today, young Americans for Freedom has over 500 chapters across America’s colleges and high schools. Not a day goes by when they are not mentioned in newspapers and broadcasts, and their battles against hostile bureaucracies and student governments recall a long, guerrilla history that makes us olds damn proud. 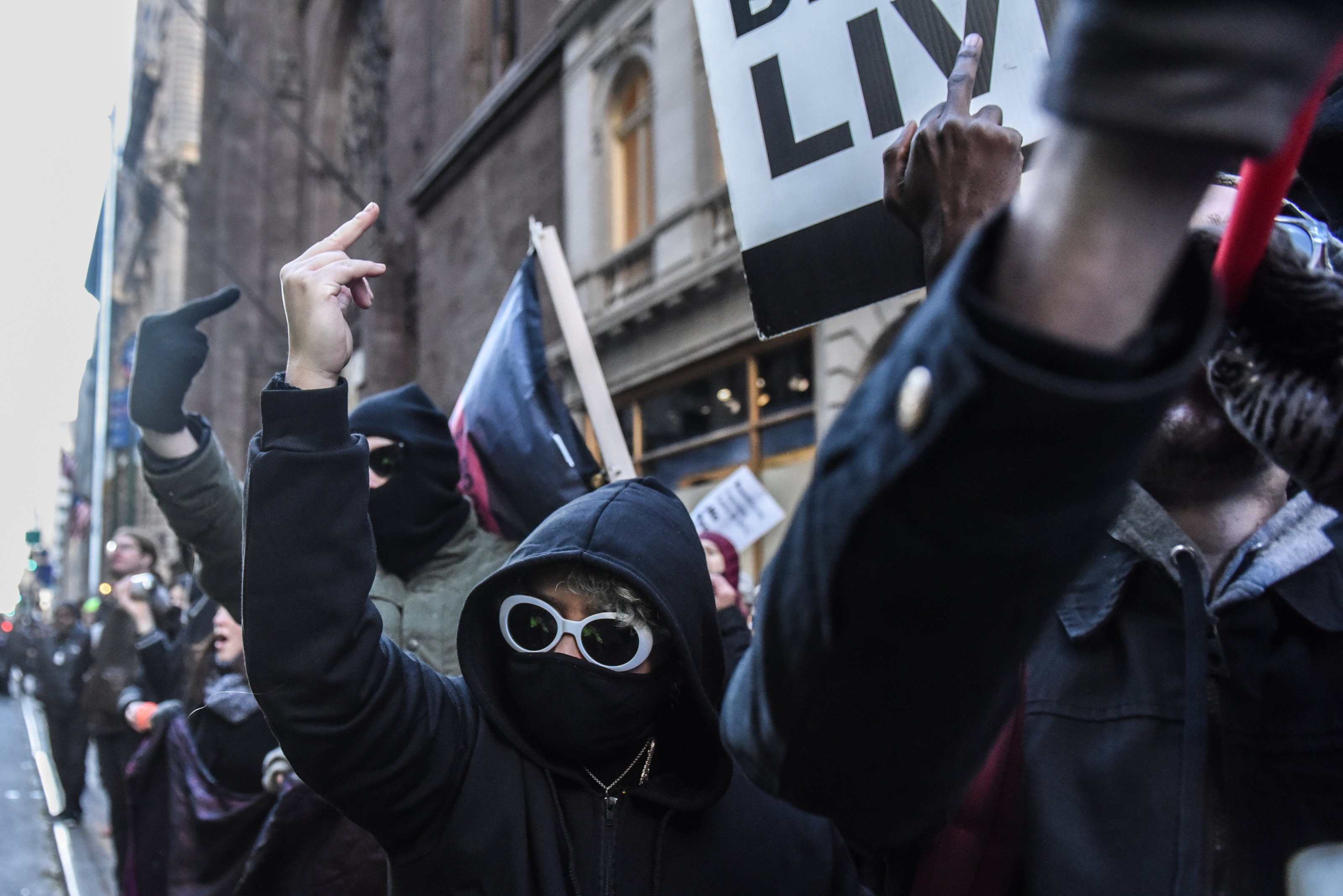 But while past battles have been won and lost, something bigger is coming. A clash of visions unlike any since the Civil War, where our people no longer agree on justice, on the future, on our country’s founding, on the meaning of the documents that enshrine our freedoms and establish our government, and if America is even a force for good at all. (RELATED: The Courts Might Help Christians, But They Cannot Save Our Civilization)

These battles will not be easily won, if they can be at all. Truth, history, patriotism, and an enormous gratitude for the men and women who came before us will be essential if we can keep these states united and free. But as the Foundation turns 50, its members past and present can know it is just what it set out to be: a sturdy foundation for America’s youth and the generations that will fight for our country next.

Christopher Bedford was executive editor of The New Guard magazine from 2009-2011. He is vice chairman of the Young Americans for Freedom board of governors, which he has served on since 2010, and also serves on the board of the National Journalism Center.