Pornography is the sacred cow of the religion of cultural libertarianism. Any candidate, outlet, or individual who comes out against pornography is labeled a puritan, compared to the culture police in Saudi Arabia, and immediately the target of third-wave feminists and libertarians alike. That pornography is normal and part of the umbrella of “free speech” is part of the internet’s dogma. To imagine a world where pornography is frowned upon and communities take up formal regulations against it is completely taboo and a heretical thought.

No better example of this is recently found than in the reactions to my piece for American Renewal on a modest proposal to bring the industry to heel here. The article garnered a knee-jerk response from Twitterati like Ken “Popehat” White, Big Porn’s industry journal (which called the proposal “particularly alarming”), and cultural libertarians who responded by tweeting out an article by Reason magazine’s Damon Root here.

The “it’s not free speech, it’s [x]” censor’s trope spotted in the wild, in unusually petulant and conclusory form.https://t.co/jLCxTNHt3v

Root takes issue with my argument that we shouldn’t defend pornography to the “free speech” grounds because it is fundamentally different in nature than any kind of speech conceivably protected by the First Amendment. He turns to the Supreme Court’s ruling in Miller v. California (1973), where the Court found pornography that is not “obscene” is protected.

Policy Is Made by Playing Offense in the Overton Window

There is no such thing as settled law in American politics. In no area is this more clear than social policy since 1973. Since the Supreme Court has moved to a series of context-dependent and subjectivist multi-prong tests, policy has been made by policymakers on both sides of the aisle pushing the bounds of what may or may not be acceptable under these subjectivist tests. Pass a law that isn’t blatantly unconstitutional, see it get taken to court by your opponents, and then appeal it. Repeat this process as the bounds of constitutional law get adjusted by federal courts.

Often, as is the case in Planned Parenthood v. Casey (1992), the Court adds new tests along the margins. In other cases, as in Obergefell v. Hodges (2015), the Court explicitly overturns previous precedent, often on where the public sentiment of the times sits (i.e., look at Kennedy’s justification for his votes). 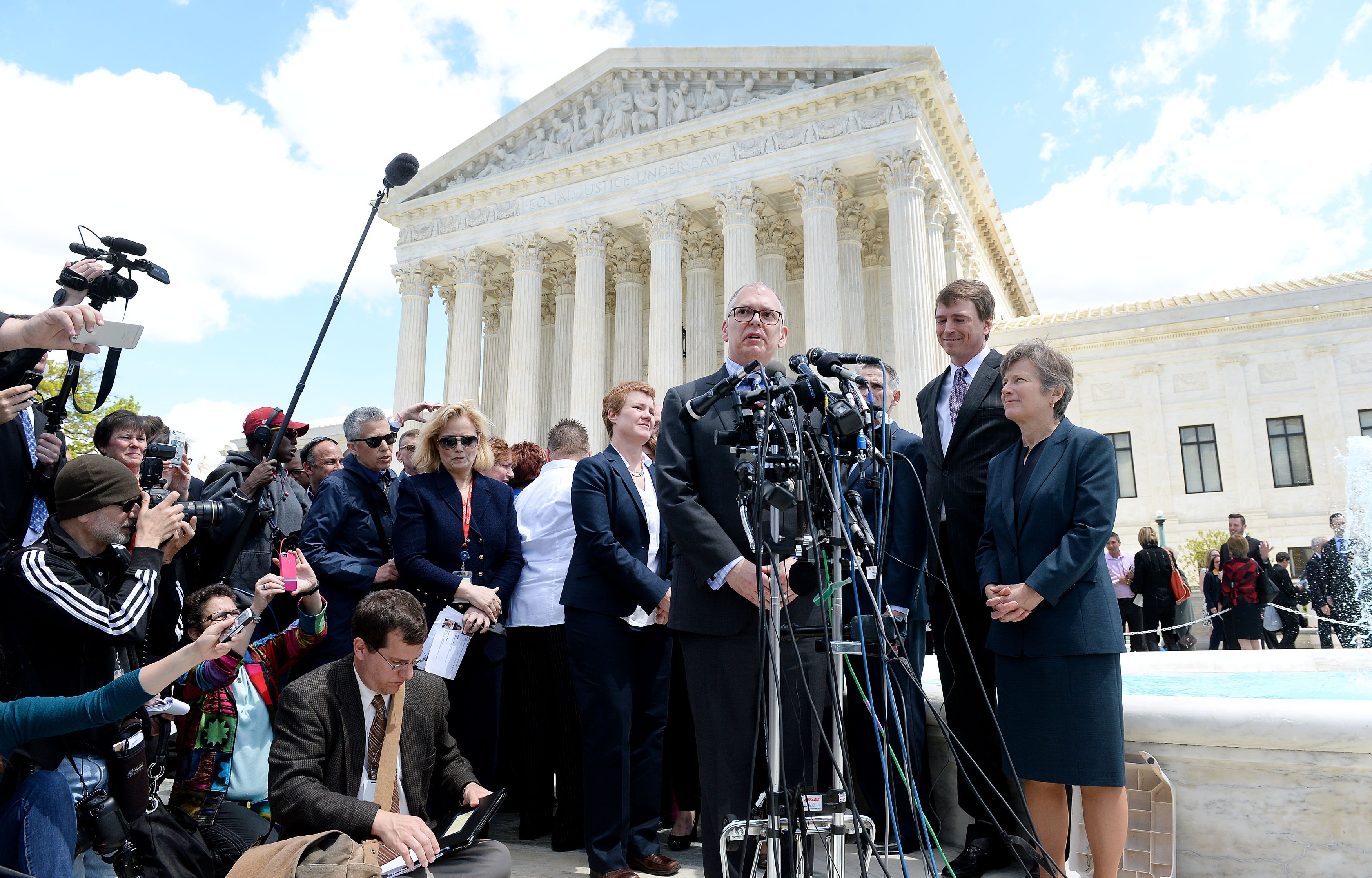 Plaintiff James Obergefell in the Obergefell v. Hodges case speaks outside the US Supreme Court on April 28, 2015 in Washington, DC. (Photo by Olivier Douliery/Getty Images)

Pro-life activists understand this. That’s why they push through various abortion reforms across the 50 states and defend them relentlessly in the courts. They know that all it takes is one of them reaching the Court, especially with an ostensibly conservative majority, to potentially chip away at Roe and Casey. The 50 states are laboratories of democracy, where policy experiments that get through legislatures then go through the federal courts — laboratories of the judiciary.

Perhaps my proposals in my previous article aren’t the right path forward (in fact, I’m not necessarily a fan of the South Dakota v. Dole decision that made lording federal funding over states constitutional — I’m a localist and prefer to allow cities and counties to ban pornography rather than go to the feds), but ambitious proposals that push the envelope of current regulations and frameworks are necessary for substantive reform. Each state could take up its own set of ambitious proposals to keep pornography out of the hands of children, return media control to families, and pull in sex-trafficking incentivized by this multi-billion dollar industry. It should be expected that any policy taking on such an entrenched industry as pornography will face challenges in the courts from libertarians and the industry’s lobby. But, whether one likes it or not, American policy is ultimately made in the courts.

A policy proposal rooted in the public health effects of pornography, and focusing on its effects on users making it more akin to a controlled substance than to speech-based media, should be considered by policymakers. We know more about the psychological effects of this kind of media now than we did in the 1970s, when the Supreme Court laid down its Miller test for obscenity regulation. It’s entirely possible that the Court would carve out an exception for media that warps the minds of its viewers and has an addictive component to it, especially when it is so easily accessible to children. 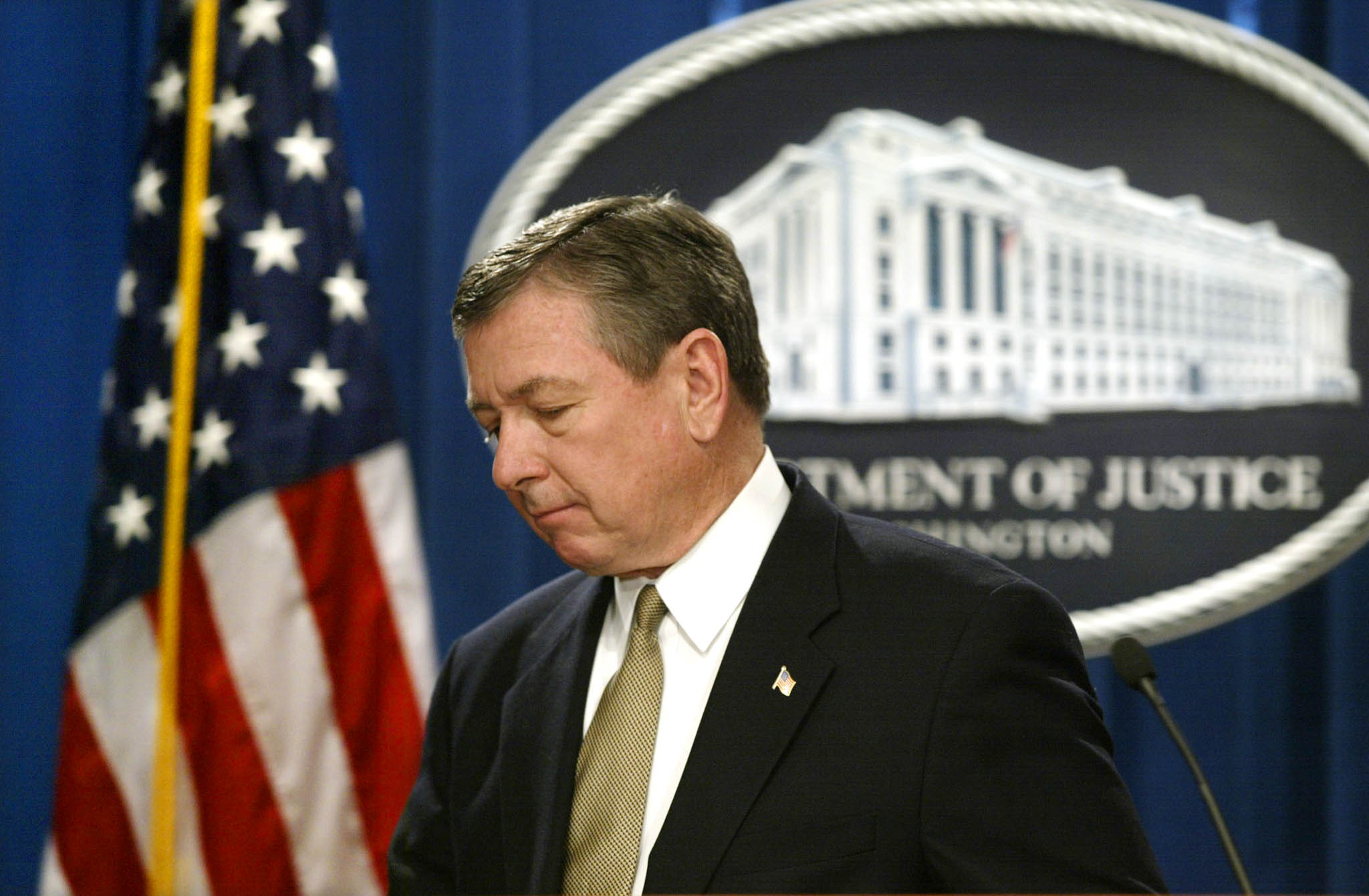 This proposal would be considered extreme in 2019, and that’s fine. Substantive policy reform, even in the court of public opinion, is made by pushing the limits of the Overton Window. Progressives understand this and that’s why they’ve consistently won every battle over the last 50 years that they’ve had with conservatives. The author Michael Malice explains this dynamic in his book The New Right:

The left’s exploitation of the Overton Window is a major explanation for how progressivism increased its control over society despite ostensible conservative opposition. Imagine a scale from one to ten. The progressive wants to move it to ten, the conservative stands athwart history, yelling stop – and compromises at five. The next political cycle now starts with the scale from five to fifteen, including things that would have been unthinkable last time. So the entire political discussion creeps ever closer to progressive fundamentalism. (RELATED: Conservatives Are Not Thrilled With Trump For Caving On The Wall)

On the pornography topic, ceding the debate to “well the Court has already decided on this subject nearly 50 years ago!” is compromising with cultural libertarians (“progressive fundamentalism” to continue Malice’s analogy). The battle over the Overton Window is not won by compromise on their terms — it’s won by yanking the window in the other direction. Even if a federal crackdown on the production and distribution of pornography is outside the realm of acceptable conversation now, by putting it on the table, we can realistically talk about real limitations at the state and local level. Pro-natalist policymakers should put the progressive left on the defense and field proposals pushing the Overton Window in the opposite direction.

2019 is not 1973: Most Contemporary Pornography is Patently Offensive and Utterly Without Redeeming Value

Even if pornography regulation were to be regulated under existing constitutional law, the libertarian case is considerably shakier than libertarians seem to think.

The existing law that Root references in his Reason piece comes from the Court’s decision to carve out some offensive speech that is not “obscene” as protected. To do this, the Court established a three-prong test to determine whether or not media is obscene in Miller v. California in 1973. The Court asks:

Media must meet all three requirements in order to be considered obscene and, therefore, subject to substantive regulation. As one can see, each of these prongs is fairly subjective based on who is examining the work to be regulated. In the specific facts of the Miller case, the Court found that the pornography in question was not obscene. But that leaves the door open for obscene pornography to be regulated. 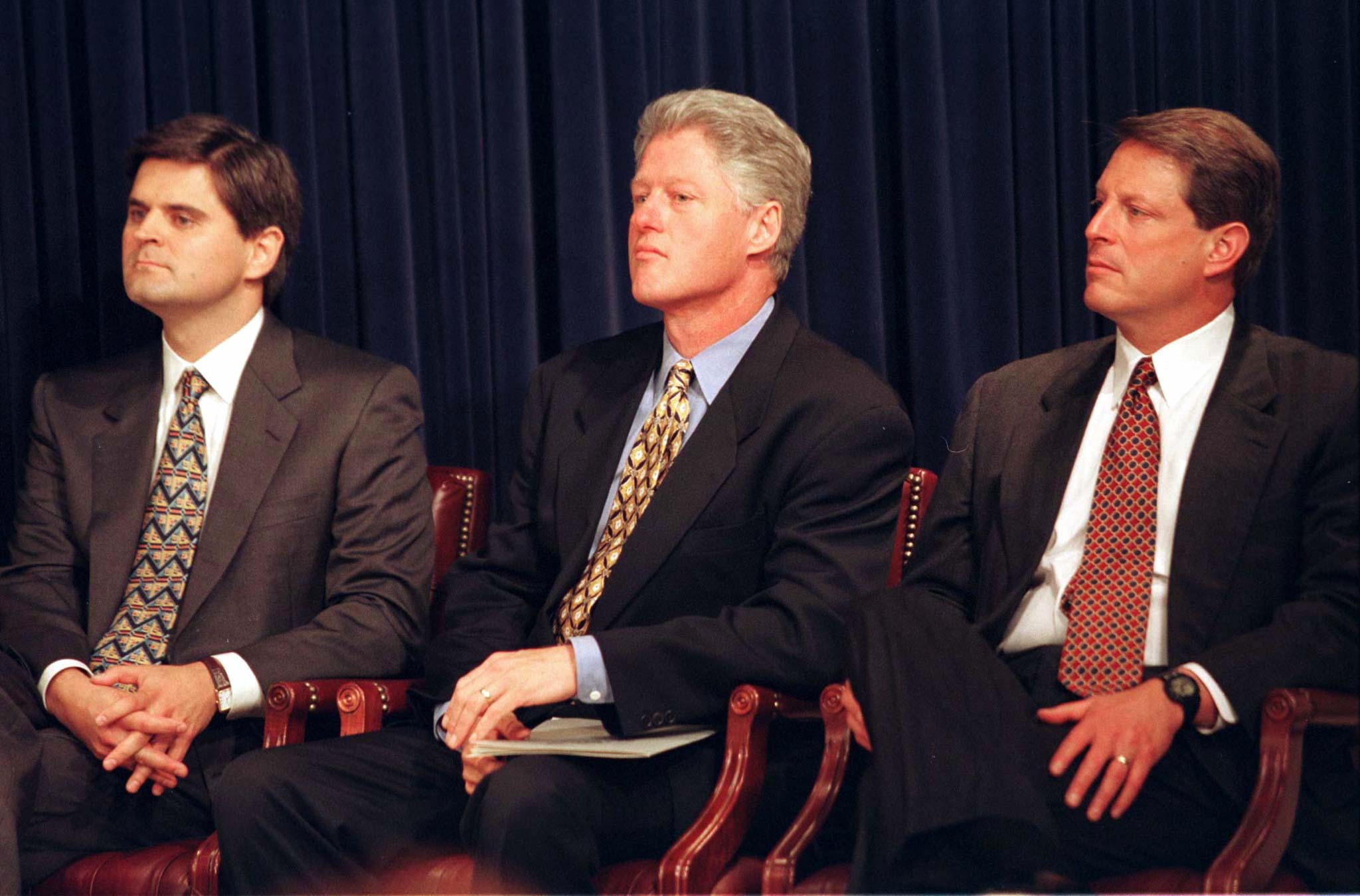 In the nearly 50 years since Miller, the landscape around pornography has considerably changed. How people procure pornography, who can procure it, and what “average” pornography looks like has changed.

We need not have a thought experiment here. Just consider this example recently highlighted by Laila Mickelwait on Twitter:

Who would say that such content doesn’t fail all three prongs of the Miller test? One need not go to a Baptist convention or your local mosque to find average people who would find this content appealing to a prurient interest, patently offensive, and totally lacking any serious value.

If libertarians want to bite any of the three bullets and admit this isn’t appealing to a prurient interest, not patently offensive, or somehow has artistic value, that should be an indictment of the libertarian vision for the future, not a reason to allow this kind of content to become commonplace.

Changing the policy discourse around pornography doesn’t have to mean jumping to jackbooted thugs and federal obscenity charges. Doing so has backfired in the past. The last major obscenity case the federal government tried to prosecute was against Evil Angel pornographer (and Reason Foundation donor) John “Buttman” Stagliano. The case was poorly prepared and ultimately dismissed. Jackboots and federal charges are awkward and politically unpalatable.

But the government’s failure in the Stagliano case doesn’t mean pro-natalist policymakers should allow pornography to become normalized. The choice isn’t between Saudi Arabia or Libertopia — a vast sea of policy proposals sits between these poles. Relatively western and liberal countries like Iceland and the United Kingdom have seriously considered bans and regulations on pornography through various means from outright prohibition to putting the burden on distributors like PornHub to verify ages of viewers. Policymakers can and should take a page from pro-life activism and consider a variety of proposals across different states and municipalities that push the margins of acceptability.

There’s room for pro-natalist policymakers and conservative/traditional allies at the local, state, and federal level to turn the wave on the pornographization of American society. Doing so just requires the political courage to start the conversation and push the Overton Window back to the place where the conversation can actually be had. And that requires smashing the sacred cow of cultural libertarianism.

Zak Slayback is a venture capital and private equity professional living in the United States. He tweets at @zslayback.