Emilia Clarke admitted that she felt pressured into doing nude scenes in the early days of her time on the hit HBO series “Game of Thrones.”

“Now things are very, very, very different and I’m a lot more savvy with what I’m comfortable with and what I am OK with doing,” the 33-year-old actress shared with Dax Shepard for an episode of his podcast, “Armchair Expert,”according to Yahoo.com in a piece published Tuesday.(SLIDESHOW: The Sexiest Looks From The Victoria’s Secret Fashion Show) 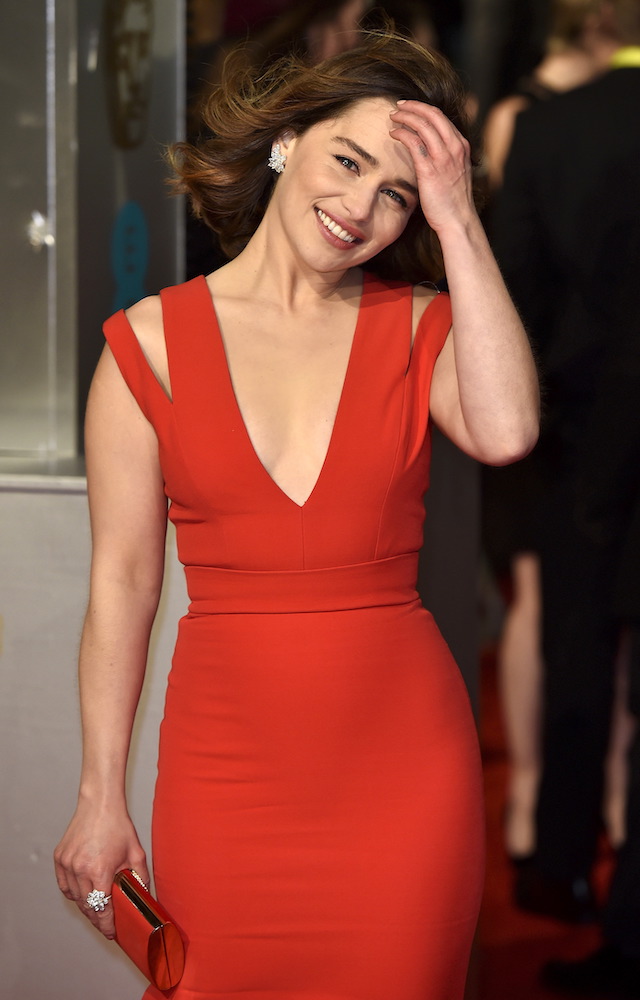 “I’ve had fights on set before where I’m like, ‘No, the sheet stays up,’ and they’re like, ‘You don’t wanna disappoint your Game of Thrones fans,'” she added. “And I’m like, ‘F*** you.'”(RELATED: Celebrate Anna Kendrick’s Birthday With These Unforgettable Looks)

She explained that she basically floated “through the first season” being a newbie from “drama school” when it came to doing those scenes.

Clarke said during that season she found herself doing numerous nude scenes with “no idea what I’m doing… I’ve been on a film set twice before then and now I’m on a film set completely naked with all of these people.”

“Regardless of whether there would be nudity or not, I would have spent that first season thinking I’m not worthy of requiring anything,” she added about scoring the role. “I have that anyway — imposter syndrome times a million — so whatever I’m feeling is wrong.”

The “Last Christmas” star continued, “I’m going to go cry in the bathroom and I’m going to come back and we’re going to do the scene and it will be completely fine.”

At one point in the interview, the “Game of Thrones” star also shared that she learned “very early” not to try and get any kind of validation from fans following those nude scenes on the show.

“I learned it very early and I don’t look at anything at all ever, ever, ever, because when I did, after Season 1, I just saw articles about like how fat my a– was,” Clarke explained. “I was like: ‘I’m a kid, man. Cut me some god—- slack.'”