Some journalists are in an uproar Wednesday after sports analyst and former basketball star Charles Barkley made an odd joke to a female Axios reporter.

“Just FYI Charles Barkley told me tonight ‘I don’t hit women but if I did I would hit you,’ and then when I objected to that he told me I ‘couldn’t take a joke,'” wrote Axios reporter Alexi McCammond late Tuesday night.

Barkley has already apologized for his remark.

“My comment was inappropriate and unacceptable,” he said in a statement to Turner Sports Wednesday. “It was an attempted joke that wasn’t funny at all. There’s no excuse for it and I apologize.”

But the shitstorm appears far from over.

McCammond explained why she spoke out and broke an off-the-record agreement.

“There are almost no times I will beak an OTR ‘agreement’ but this is not OK,” she added on Twitter late Tuesday night. “And it was all because he came in talking about how he loves Deval Patrick and once someone from Pete‘s campaign came around he said he loved Pete and I reminded him he previously said he was a Deval fan.”

She included a dark, blurry picture, which doesn’t really say anything about the incident. If you squint hard enough you can make out Barkley’s large figure.

Here’s a pic (albeit dark and blurry) if you need more. pic.twitter.com/Ad32cMemiv

“The comments Charles Barkley made to me are not acceptable,” she tweeted Wednesday in response to Barkley’s contrite statement. “Threats of violence are not a joke, & no person deserves to be hit or threatened like that. Silence only allows the culture of misogyny to fester. And those kinds of comments don’t merit off-the-record protections.” 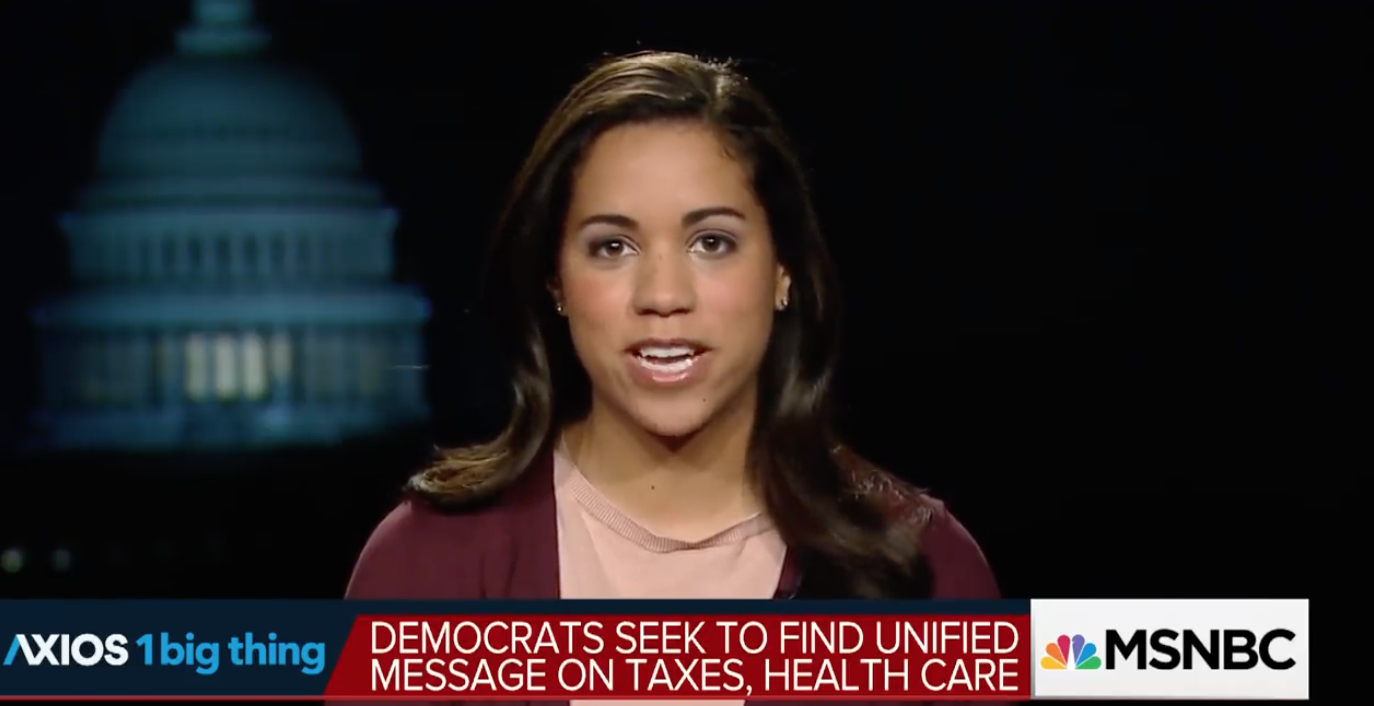 McCammond isn’t afraid to speak out about incidents with men, some more powerful than others. In 2016, she asked then-candidate Donald Trump, “How would you respond to the young women who are nervous about voting for you?”

Trump reportedly grabbed her wrist and pushed her hand down. She blasted the incident on Twitter. She wrote about the experience for Bustle.

In April, 2019, McCammond tweeted that she was drugged at the St. Regis bar in Washington, D.C. (RELATED: Watch Your Back At The Bar At This D.C. Hotel)

“To friends/colleagues: I’m sorry for not returning so many texts/emails/calls this week.” she tweeted. “On Monday I was drugged while getting drinks at the St Regis in DC. I’m slowly recovering, but feel broken, violated, and furious. My @axios fam has been completely invaluable in this moment.”

She added, “I hope to be back to normal next week and get back to my regularly scheduled life of traveling and covering 2020 and being a normal, happy 25-year-old. Thanks for bearing with me while I’ve been as far from my phone as possible.”

But this wasn’t the first time she said she has been drugged.

In a 2016 essay for Cosmopolitan Magazine, she wrote, “Here’s What Happened The Night I Was Drugged.” She wrote about a “freezing winter night” at a Chicago nightclub. She woke up alone and naked in her apartment. She went to the hospital, where doctors told her she’d ingested a combination of drugs that are associated with sexual assault cases.

Journalists were floored by Barkley’s comments to McCammond.

Roll Call‘s Niels Lesniewski was sympathetic to the reporter. “This is terrible, and I hope that people you know at CNN makes sure that Jeff Zucker sees this thread.”

So did ex-Jeb Bush aide Tim Miller, who replied like this: “Ugggghhhhh.”

Joanne Freeman, a history professor at Yale, insinuated that Barkley’s words fit the typical abuser prototype. “Here’s the thing about ‘just joking’ as a strategy: it’s what abusers do,” she wrote. “They say something nasty or threatening; watch for the desired reaction; then say ‘just kidding’ AND attack you for having no sense of humor if you don’t deem it a joke. It’s gaslighting w/a menacing edge.”