Harrison Ford is reportedly headed back to TV and it will be as an executive producer for the adaptation of “The Staircase.”

Sources told Vanity Fair in a piece published Thursday, that the 77-year-old legendary actor will not only serve as producer on the series, but reportedly star in the show based off a French docuseries that followed the murder trial of Michael Peterson.(RELATED: First Trailer For Star Wars Episode IX Released) 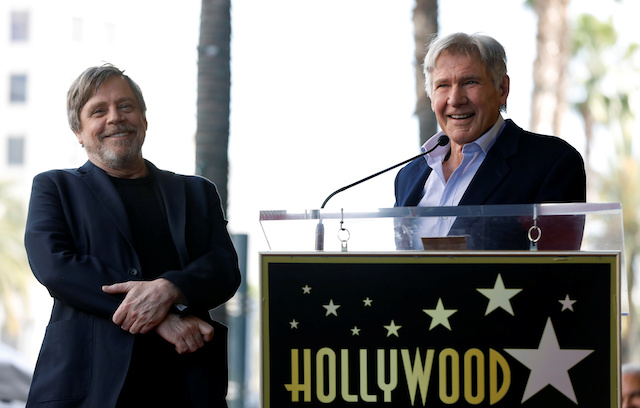 It would be the “Blade Runner” actor’s first-ever regular series role on the docuseries that was released in 2004 and first debuted on Netflix last year. The last time he appeared in a scripted television role was more than 25 years ago, per Entertainment Weekly. (RELATED: Watch The First Full Trailer For ‘Star Wars: The Last Jedi’)

It documents the trial in which Peterson, an American novelist, was accused of bludgeoning his wife to death and staging the scene in their apartment to appear like an accident in which she fell down the stairs.

In 2003 Peterson was convicted after he pleaded not guilty to the murder. He was granted a new trial in 2017 where his charge was reduced to manslaughter and he was allowed to go free based on time served.

There has yet to be any comments from representatives for “The Fugitive” star or Antonio Campos, who will also reportedly serve as an executive producer on the upcoming series that is still shopping around for a network or streaming home.

Ford, probably best known for his blockbuster film roles in the “Star Wars” franchise and the “Indiana Jones” series, has been a part of Hollywood for a very long time. Roles in his early career included guest parts on such hit TV series as “Gunsmoke” and “Kung Fu,” per TVline.com.

We can hardly wait!