Trump said that it was necessary for Giuliani to work on Ukrainian matters because he didn’t know U.S. Ambassador to NATO Kurt Volker or U.S. Ambassador to the European Union Gordon Sondland well enough to trust them on the issue.

“First of all, Volker, I don’t know him, don’t know him,” the president stated. “This guy, Sondland, hardly know him. I had a couple conversations with him. I see him hanging around when I go to Europe but he was really, the European Union Ambassador. All of sudden he is working on this, asking about that.” 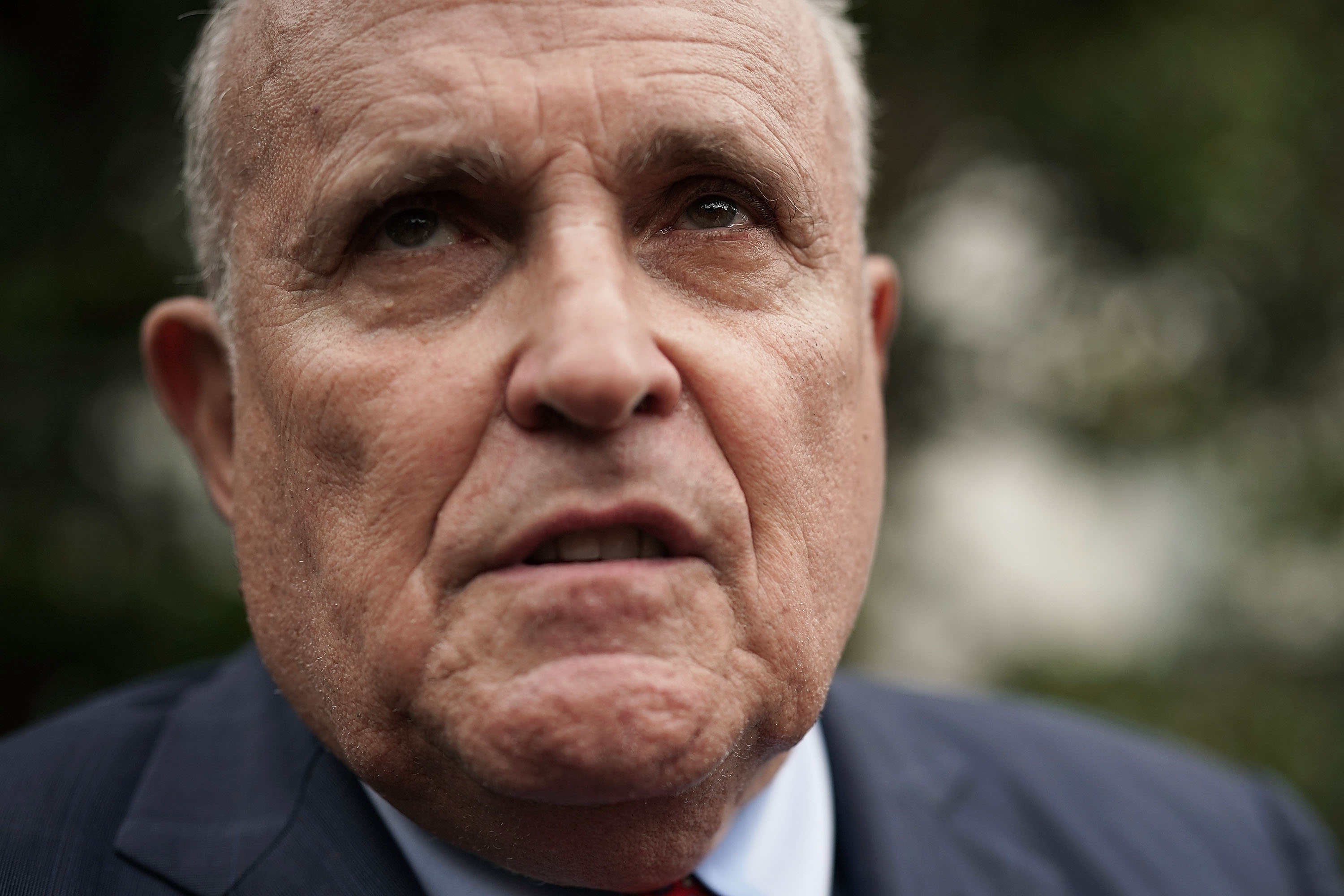 Rudy Giuliani, former New York City mayor and current lawyer for U.S. President Donald Trump, speaks to members of the media during a White House Sports and Fitness Day at the South Lawn of the White House May 30, 2018 in Washington, DC. President Trump hosted the event to encourage children to participate in sports and make youth sports more accessible to economically disadvantaged students. (Photo by Alex Wong/Getty Images)

“Rudy Giuliani was one of the great crime fighters of all time,” Trump stated before calling Giuliani “a friend.”

Sondland, Volker, former Senior Director for European and Russian Affairs on the National Security Council Fiona Hill, former U.S. Ambassador to Ukraine Marie Yovanovitch, and Lt. Col. Alexander Vindman all testified that Rudy Giuliani claimed to be acting on the president’s orders while operating in Ukraine. Giuliani allegedly dangled a potential White House meeting between Trump and Ukrainian President Volodymyr Zelensky in exchange for Ukraine to announce investigations into Burisma and the 2016 U.S. presidential election.