President Donald Trump is reportedly facing massive pushback from the United States Navy over his demand that Chief Petty Officer Edward Gallagher remain a member of the elite SEAL unit.

The New York Times reported Saturday that Navy Secretary Richard V. Spencer and Rear Adm. Collin Green, who heads the SEALs, have threatened to resign if Trump continues to insist Gallagher stays a SEAL. But Spencer refuted that claim on Saturday while attending a security conference in Halifax, Nova Scotia.

“Contrary to popular belief, I am still here,” he told participants. “I did not threaten to resign. But let us just say we are here to talk about external threats, and Eddie Gallagher is not one of them.” (RELATED: Trial Delayed Over Spying On SEAL Eddie Gallagher’s Defense Team) 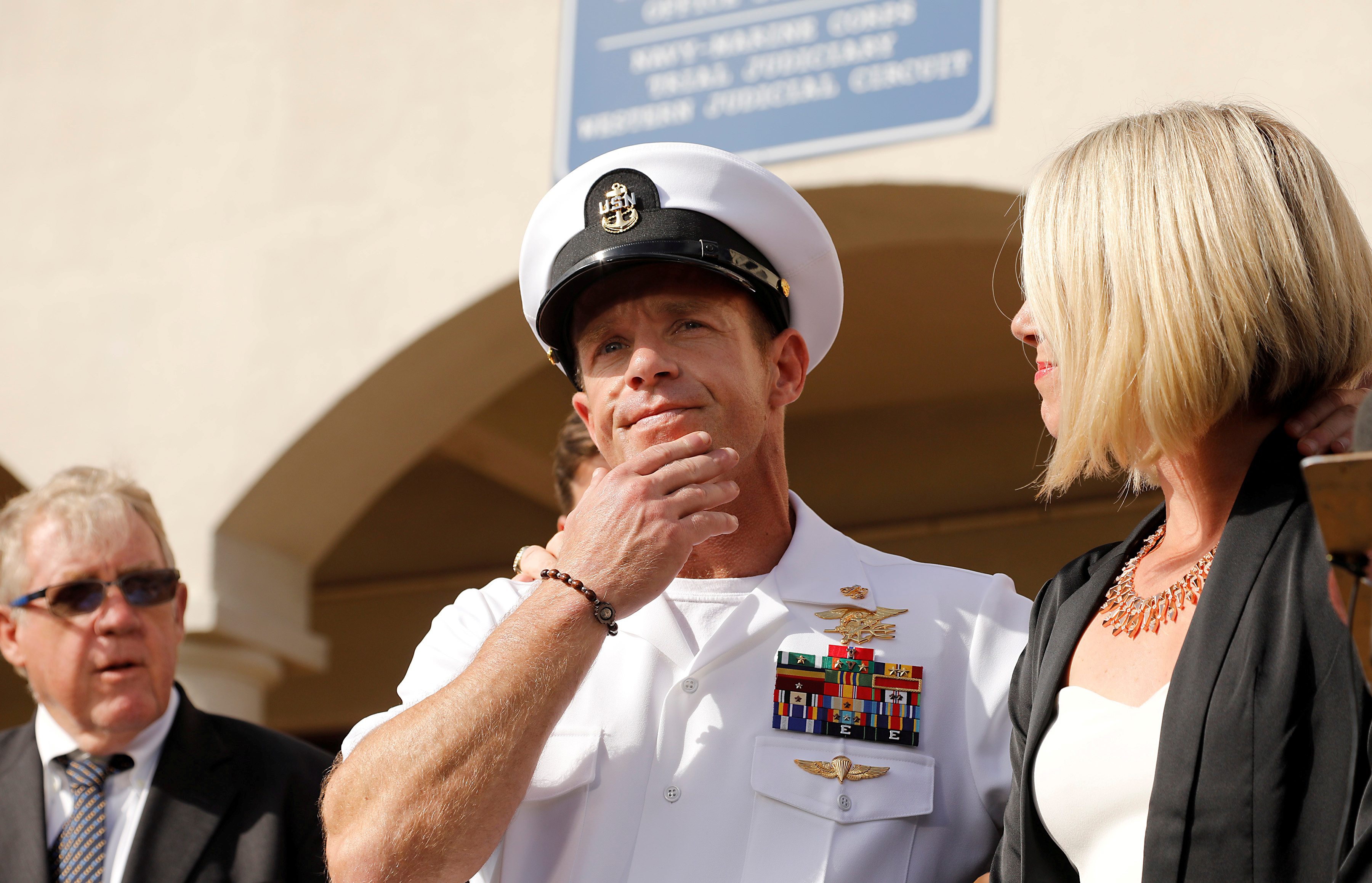 U.S. Navy SEAL Special Operations Chief Edward Gallagher prepares to answer a question from the media with wife Andrea Gallagher after being acquitted on most of the serious charges against him during his court-martial trial at Naval Base San Diego in San Diego, California, U.S., July 2, 2019. REUTERS/John Gastaldo/File Photo

Even though Trump tweeted his desire that the Navy not take away Gallagher’s trident pin, the symbol of his unit identity, the Navy is apparently determined to strip the senior non-commissioned officer of his SEAL membership.

The president tweeted Thursday that “The Navy will NOT be taking away Warfighter and Navy Seal Eddie Gallagher’s Trident Pin. This case was handled very badly from the beginning. Get back to business!”

The Navy will NOT be taking away Warfighter and Navy Seal Eddie Gallagher’s Trident Pin. This case was handled very badly from the beginning. Get back to business!

The Navy accused Gallagher of a host of charges, including shooting civilians and killing a captured ISIS operative, in a highly-publicized court martial. He was found not guilty of these and other charges but convicted on a charge of posing for a photograph with the dead ISIS POW and demoted in rank. (RELATED: Prosecutor Removed In Eddie Gallagher Case)

Last Friday, Trump overturned that decision, but the Navy reportedly continued with its plans to remove Gallagher from the SEALs, Trump’s tweet notwithstanding.

President Donald Trump talks to the media on the South Lawn of the White House on Nov. 20, 2019. (Joshua Lott/AFP/Getty Images)

Navy officials may be waiting for a more formal declaration from the president, believing a Twitter posting should not be considered an official order from the commander-in-chief, the Times noted, adding that both Defense Secretary Mark Esper and Joint Chiefs Chairman Mark Milley have warned the president that the Navy and Department of Defense is strongly resisting his intervention in Gallagher’s case.