A dangerous myth has been propagated by the media: that there is an epidemic of racially biased shootings of black people (primarily black men) in America, by the police.

The false narrative claims that individual police officers, motivated by overt racism or implicit racial bias, are rampantly targeting black Americans. Some go further to allege these shootings are proof of “systemic racism” within American law enforcement. Nonstop broadcast of the anti-police message by radical activists, Hollywood celebrities, professional athletes, politicians, academics, and most mainstream media outlets have made this myth pervasive. The myth, and the powerful voices who perpetuate it, are rarely challenged — even by law enforcement leaders. The result has been fear, distrust, hatred of the police, and a breakdown of the rule of law.

However, this destructive delusion has been completely demolished by a recent study that demonstrates there is no epidemic of racially biased police shootings of black people, that black citizens are not more likely to be shot by white officers, and that the shooting of unarmed people of any race is extraordinarily rare. In fact, an individual American citizen is substantially more likely to be struck by lightning than he is to be shot by the police while unarmed.

In the article, published in the Proceedings of the National Academy of Sciences, Joseph Cesario of Michigan State University and David Johnson of the University of Maryland assess hundreds of fatal police shootings since 2015. Their groundbreaking study exposes what is, at least for the anti-police mythmakers, an inconvenient truth indeed — that police shootings of citizens are not motivated by race or racism. (RELATED: Study Concludes White Police Officers Are Not More Likely To Shoot Black Citizens) 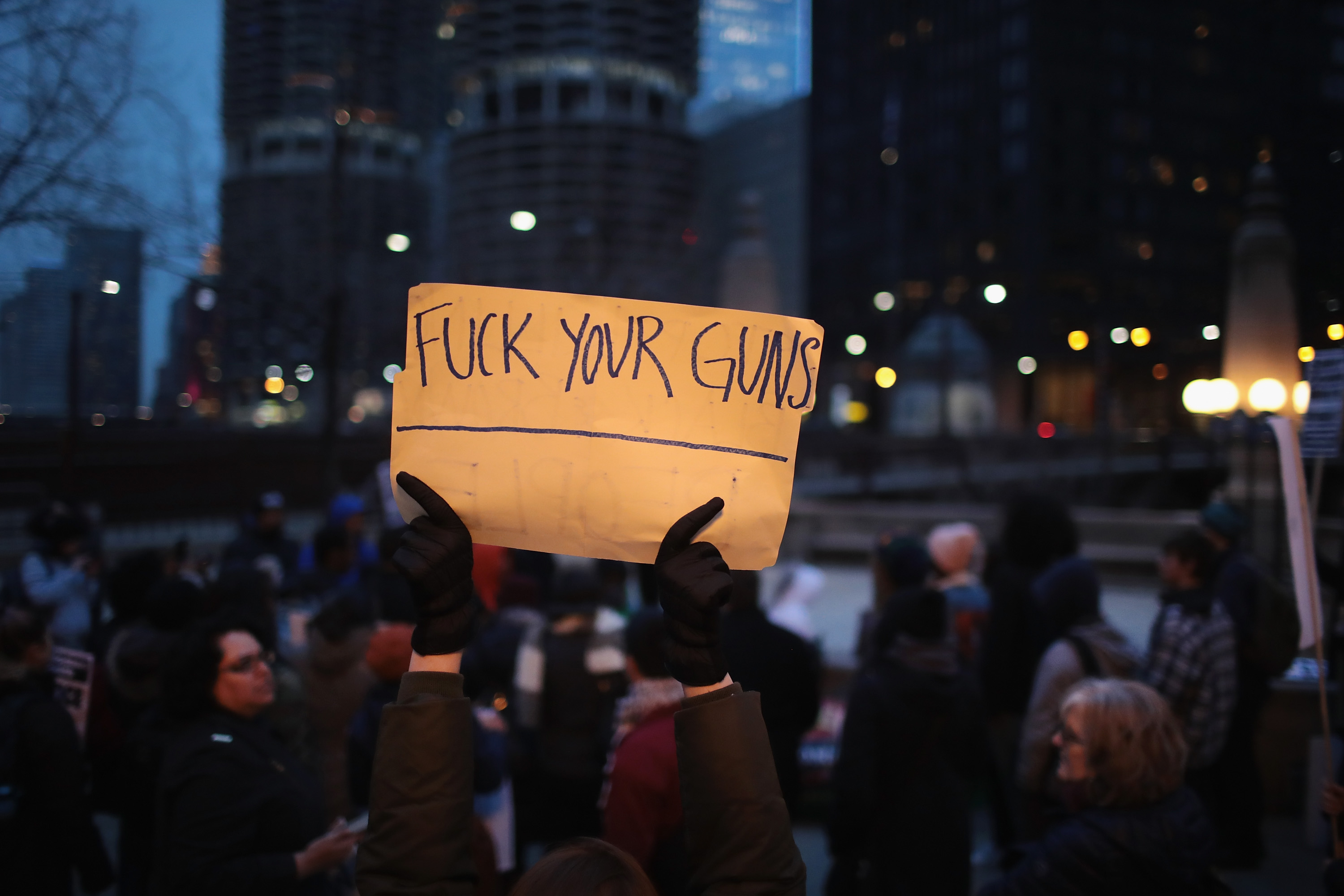 Here are the facts: 55% of all people fatally shot in America by the police are white — more than double the number of black (27%) or Hispanic (19%) individuals. Those police critics who accept at least this fact are generally quick to point out that black citizens are 27% of the people shot and killed by the police despite making up only 14% of the U.S. population. They say this disparity provides statistical proof of “systemic racism and bias,” but this superficial explanation doesn’t stand up. There are racial disparities in police shootings, but the disparities are not caused by racism.

According to Cesario and Johnson, who analyzed crime data from more than 200 U.S. counties, the strongest predictor of being shot by the police isn’t a person’s race, but whether the person is engaging in violent criminal behavior. Disparities across the major races in rates of police shooting are almost entirely consistent with the rates at which members of these different races are accused by victims of committing violent crimes. In other words, the greater the number of crimes committed by white individuals in a county, the more likely a white person will be shot by the police. And poor white Americans in Appalachia, for example, often are involved in police shootings. But, the greater number of crimes committed by black individuals in a county, the more likely it is that a black person will be shot by the police. The same is true for Hispanic individuals.

It’s not “systemic racism” that makes it more likely that a person will be shot by the police; it is how mathematically likely that person is to be committing crime. An individual’s behavior, not his race, is the determining factor. (RELATED:Amid Standoff And Gunfire, Philadelphia Crowd Taunts Police Officers)

The claim that racial bias on the part of individual officers is the cause of racial disparities in police shootings was also specifically found to be untrue. The researchers determined that: “The race of the officer doesn’t matter when it comes to predicting whether a black or white citizen will be shot.” White officers are no more likely to shoot a black person than are black or Hispanic officers. Not only is racial bias on the part of individual officers not a significant predictor of police shootings of black people, but also, remarkably, police officers off all races are statistically less likely to shoot a black than a white person under the same circumstances. 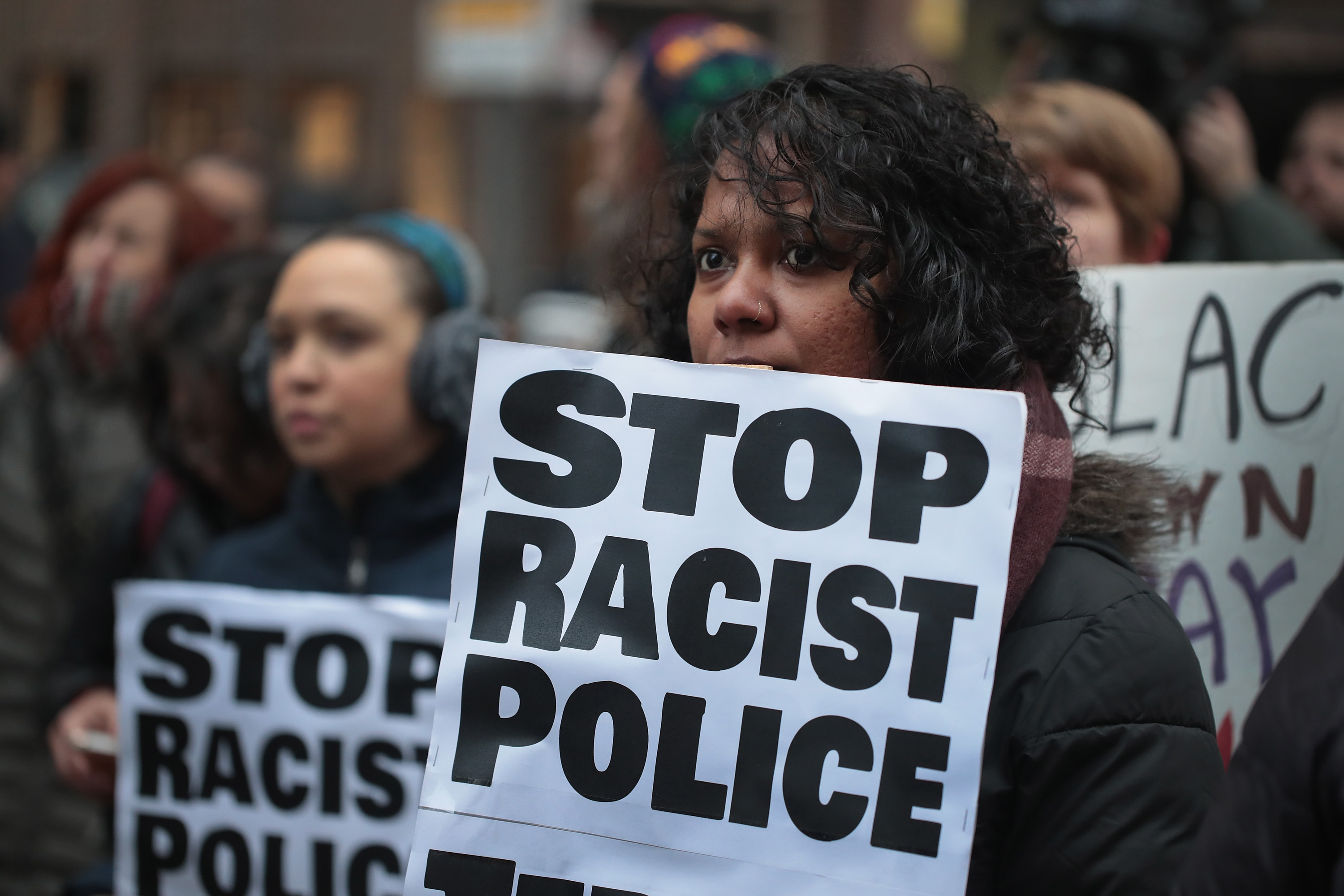 Cesario and Johnson’s study, finally, corrects a broader misconception the media has ingrained in the public imagination — the false impression that there are rampant shootings of unarmed black people by the police. Simply put, police shootings of unarmed citizens of any race are extraordinarily, vanishingly rare. Fewer than 1,200 people total are killed by police in a typical year, per major databases like www.killedbypolice.com. Moreover, of all citizens shot by police, 90% are armed with a weapon and between 90 and 95% are attacking the police or another citizen. However, sensational and selective media coverage has resulted in the wildly mistaken belief that unprovoked shootings of unarmed citizens are common events.

Taking a moment to analyze the totality of police-citizen interactions further illustrates how extremely rare these incidents really are. There are, at minimum, 50 million police-citizen encounters in the USA annually. If multiple contacts with the same citizen or police interactions with multiple citizens (e.g., domestic disputes) are counted, the annual total might be as high as 150 to 200 million police-citizen encounters. In comparison, fatal police shootings of unarmed citizens who do not actively pose a direct threat — as a result of tragically mistaking a cell phone for a gun, poor decision-making or training, or criminal police misconduct — total about 50 per year. The odds of an unarmed American who does not pose a direct threat being shot by the police are fewer than one-in-a-million — again, less than your chances of being struck by lightning, or killed by bees or wasps. 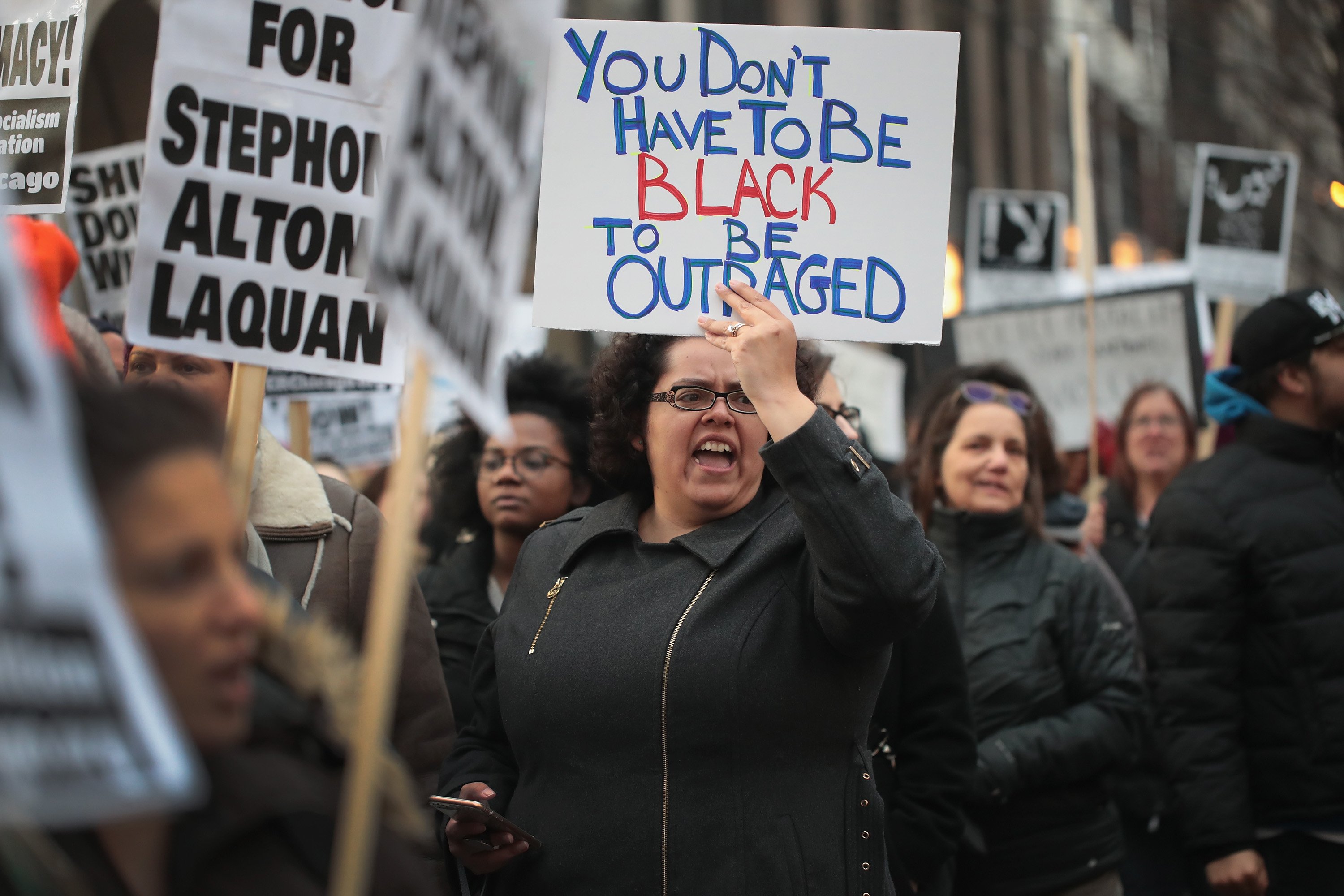 Also, as every half-trained fighter knows, being “unarmed” is not always the same thing as “not being a deadly threat.” This was best shown by Attorney General Eric Holder’s Department of Justice (DOJ) investigation into the 2015 fatal police shooting of Michael Brown in Ferguson, Missouri. The DOJ report, widely ignored by the media, debunked false reports that Brown had been gunned down for no reason by police officer Darren Wilson, allegedly a trigger-happy racist cop. To the contrary, the investigation revealed the truth that Brown, a 6’4”, 292 pound 18-year-old who had just committed a robbery was shot after he attacked Officer Wilson and grabbed the officer’s gun.

However, many still mistakenly believe Brown was murdered by the police just as they mistakenly believe the story that Brown raised his hands and said, “Hands up, don’t shoot!” — another bogus claim exposed by Holder’s DOJ investigation. The effect of the media’s false take on Ferguson remains strong, and the enduring myth that Brown was the victim of a racist police shooting has been effectively used to undermine the people’s trust in the police. But that entire narrative was a lie.

Public safety and social order rely primarily upon citizens acting lawfully because they recognize their government as legitimate and see police as legitimate representatives of that government’s authority, worthy of respect and compliance. But the unending misinformation campaign that claims the police are racist killers has convinced many Americans that police authority is illegitimate. This dangerously mistaken belief erodes public trust in the police, undermines the rule of law, breeds hatred, and results in violence. After years of such erosion, it is not surprising to see police officers in New York City doused with water, officers in Philadelphia bombarded with bottles, or the Minneapolis police pelted with containers of warm human urine. (RELATED: ‘Police Haters’ Taunt Officers At Scene Of Line-Of-Duty Shooting That Killed Female Rookie)

Such anti-police violence is just the tip of the potential iceberg. The worst consequence of the relentless and baseless media claims the police are racist killers — as politicians publicly compare the men and women of American law enforcement such as ICE officers to Nazis — is that deadly violence against the police becomes justified in some people’s minds. After all, we executed Nazis after Nuremberg, didn’t we? Why can we not legitimately kill “Nazis” now?

The demonization of the police grants moral permission to kill and is the mentality underlying an all-too-real “War on Cops,” which has seen 275 American police officers murdered in the line-of-duty since 2015 and fully 41 gunned down in 2019 alone. The ambush-style assassinations of 10 police officers in Dallas, Baton Rouge, and New York City, were directly motivated by this police-hating propaganda and ideology. Most media give scant coverage, if any, to murders of police officers. 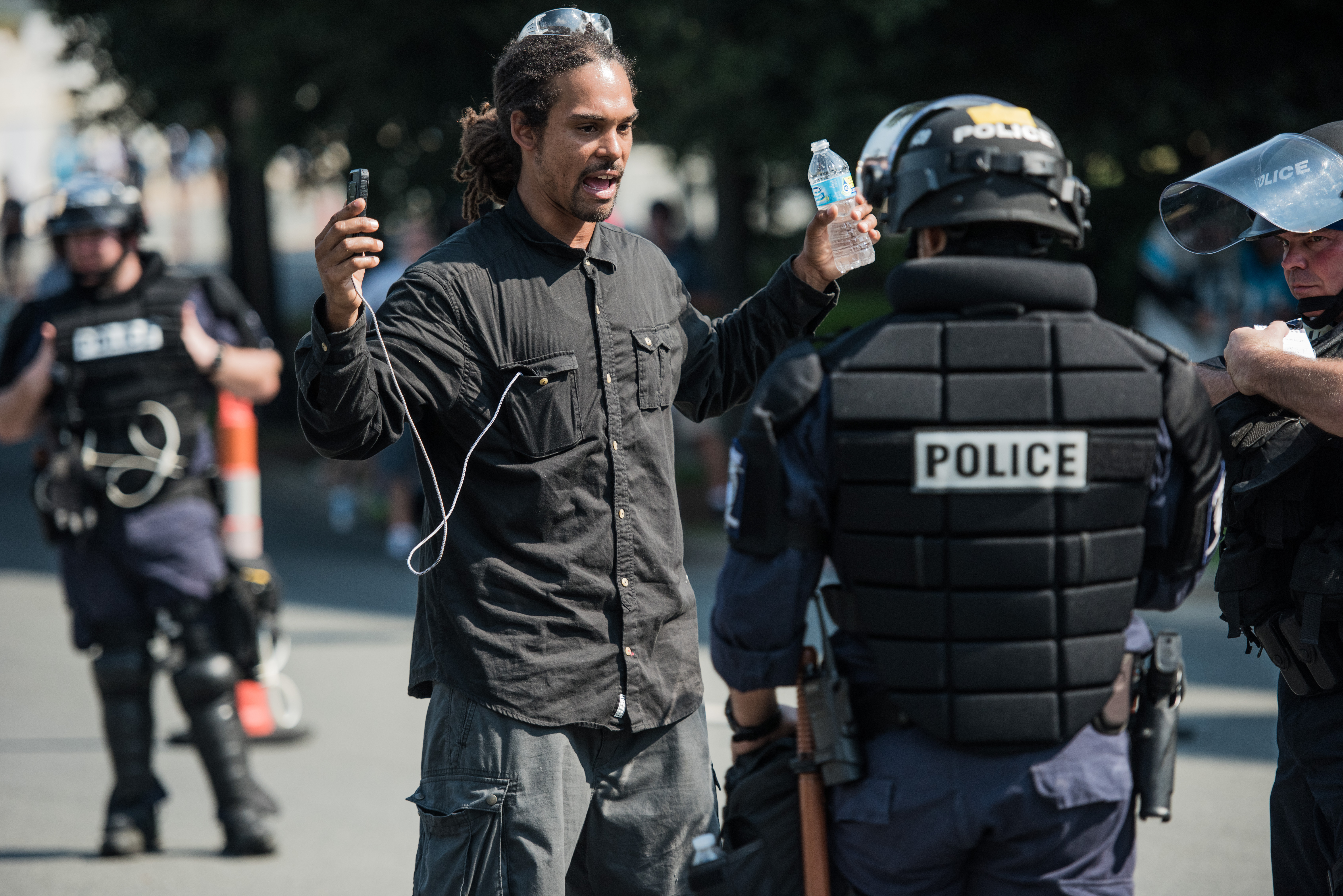 To sum this up: anti-police media bias is unjustified. Hundreds of thousands of cops in the United States put their lives on the line to serve their fellow citizens and keep American communities safe, every day. Never in history has so much thought, effort, and resources been poured into recruiting police officers to better reflect the communities they serve, developing cutting-edge training for officers, and partnering officers positively with the public. Never have police been called upon to do so much and never have we have done it so successfully, with such professionalism. (RELATED: Missouri Officer In Critical Condition After Being ‘Ambushed’ During Traffic Stop)

Police are people. While we strive for excellence, we are not perfect. But, we almost all do hold ourselves to the higher standard of conduct demanded by our position of authority and trust. Sometimes good police officers make mistakes. When they do, they should be held accountable and corrected. Sometimes bad police officers commit crimes. When they do, they should be prosecuted for their crimes, for betraying the public, and for dishonoring the badge that it should have been their privilege to wear. These are expectations that both the police and the communities we serve should, and mostly do, welcome and support. 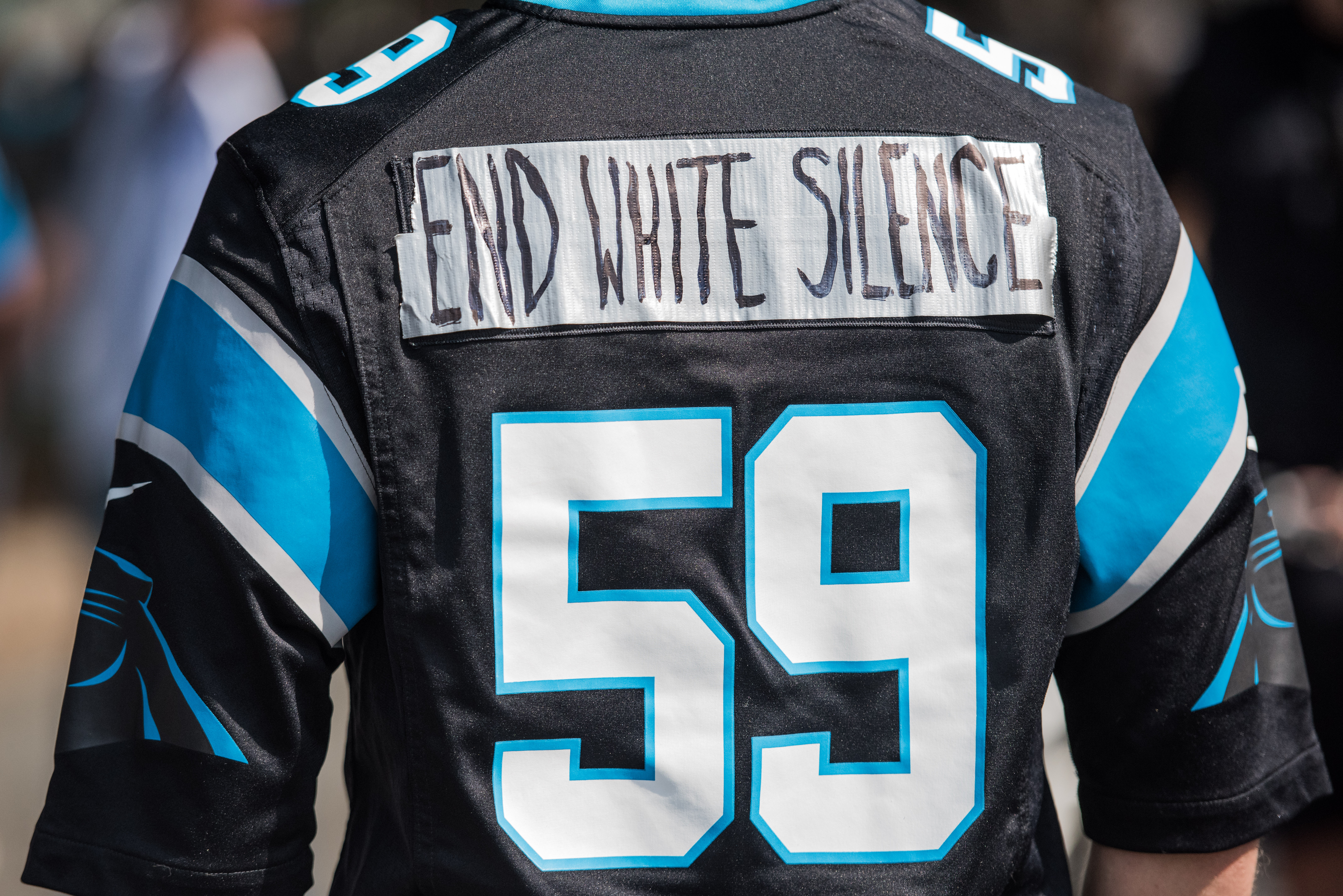 What cannot be accepted, however, is the continued repetition of the lie that American policing as an institution is systemically racist, backed by the false claim that there is an epidemic of racially biased shootings of black Americans by the police. Professor Cesario was asked during a radio interview where he would advise Colin Kaepernick, and other celebrity protesters of alleged racial bias in police shootings of black men, to focus their influence and energy if they wanted to really reduce the number of deadly encounters. Cesario cut to the chase, “The number one way to reduce fatal (police) shootings of anybody — black, white, or Hispanic … is the reduction of crime. Not being involved in criminal activity is far and away the best way to not be shot by the police.”

We must speak truth to power. Cesario and Johnson performed a great service in demolishing the false and dangerous myth of racist police shootings. To restore public trust in the police and save lives, the truth must be brought to the American people.

Maurice Richards has been chief of the Martinsburg Police Department in West Virginia since 2015 after serving 24 years as an officer and lieutenant in the Chicago Police Department. Chief Richards holds a doctorate in Adult Education from Northern Illinois University.