The queen reportedly cancelled party plans ahead of Prince Andrew’s 60th birthday in February following a bungled BBC interview about his ties to Jeffrey Epstein.

Andrew stepped down from his royal duties Nov. 20 after an ill-received interview Nov. 16 with BBC. The prince spoke about his friendship with the dead alleged child sex trafficker, noting that he wasn’t sorry for the relationship as it allowed him to meet many important people.

He has been accused of having sex with Epstein accuser Virginia Roberts Giuffre, an allegation that he has denied repeatedly.

Queen Elizabeth II will be holding a small family dinner instead of the party, The Sunday Times reported. The Duke of York’s birthday is on Feb. 19, and the queen is “deeply frustrated” that the Epstein scandal is overshadowing the British family’s work, royal author Penny Junor told The Sunday Times.

She does, however, remain supportive of her son. This is despite the queen apparently being unaware of all the details ahead of her son’s BBC interview, a royal palace source said, according to The Sunday Times.

“Andrew had a son-to-mother conversation, letting her know that he was planning to address the controversy, but without going into any details. … What should have happened was the full palace process,” the source said. 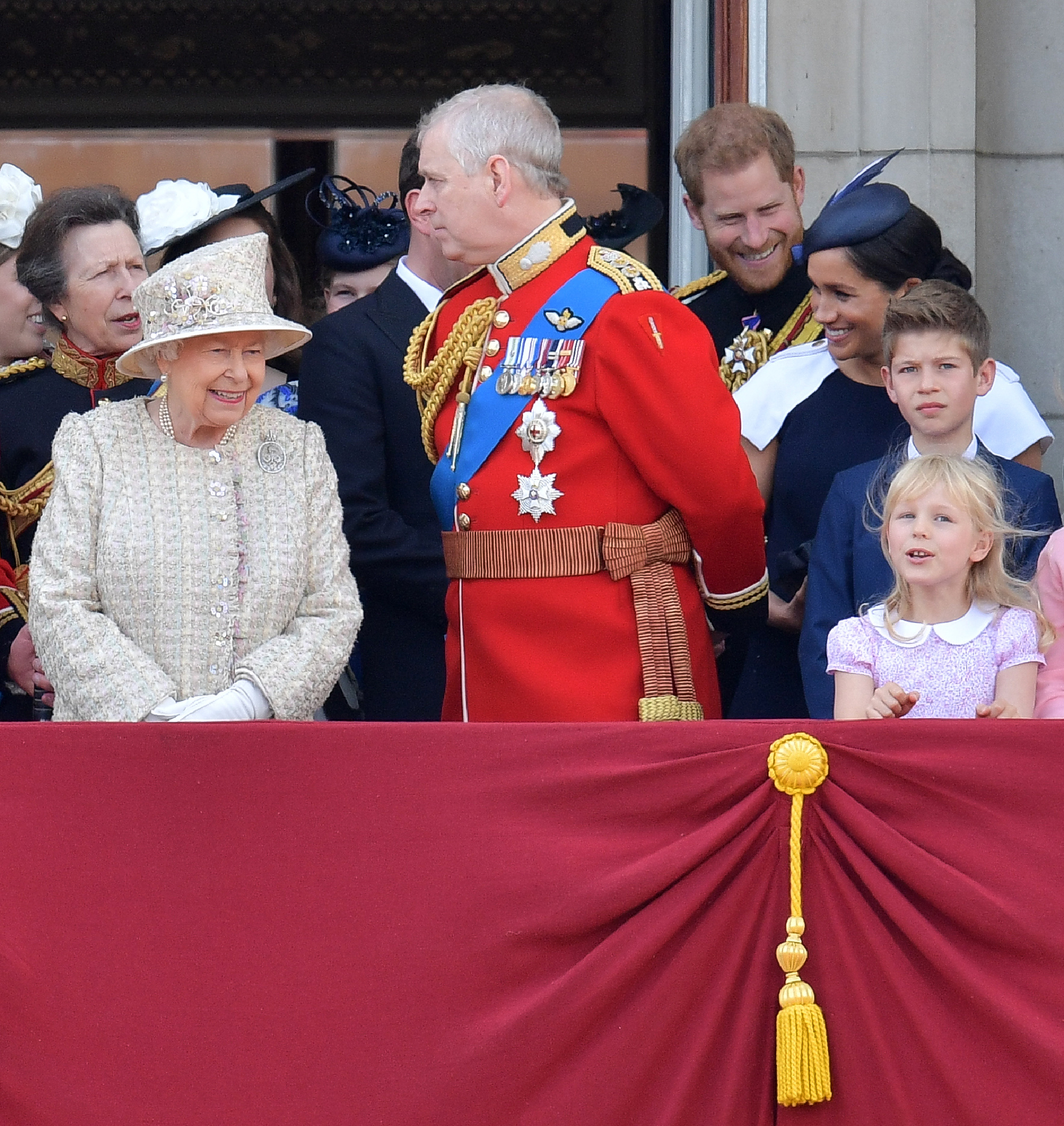 Britain’s Queen Elizabeth II and Britain’s Prince Andrew, Duke of York, stand with other members of the royal family on the balcony of Buckingham Palace. (DANIEL LEAL-OLIVAS/AFP via Getty Images)

After stepping down from royal duties, the Duke of York is also prepping to give up his charity commitments, which suggests he may never resume royal duties again.

“He’s absolutely finished,” Juror said. “If Andrew is no longer representing or supporting the monarch in any capacity, or doing good charitably, what’s the point of him?” (RELATED: ABC News Leak Renews Focus On Elite Media Coziness With Jeffrey Epstein)

Andrew once again denied the claims against him during the BBC interview and made at times strange excuses as to why Giuffre’s allegations couldn’t be true. At one moment, he called himself “too honorable” to deny a stay at Epstein’s house.

He suggested that her comment about him sweating on a dance floor before they had sex couldn’t be true because he suffered from a “medical condition” that left him unable to sweat at the time. This condition has since gone away, Andrew noted. He also said that he was at a Pizza Express restaurant during the night in question.

The Duke of York’s step-down was an attempt to contain the failed interview, the Daily Mail reported.