An Iowa state representative voiced opposition to a transgender flag flying above the state capitol during the annual “Transgender Day of Remembrance.”

“It’s another way that the Rainbow Jihad continues to give those of us who don’t agree with them a finger in the eye and push their beliefs on us,” Republican state Rep. Skyler Wheeler told The Iowa Standard in an interview released on Saturday. “How would the Rainbow Jihad react if we were trying to fly the Christian flag over the state Capitol? The Rainbow Jihad is not OK with simply living their lives.”

“They are so hellbent on pushing their beliefs on us that they would go so far as to fly that flag over the state Capitol. It’s one of the most egregious acts of political aggression I’ve ever seen,” Wheeler added. 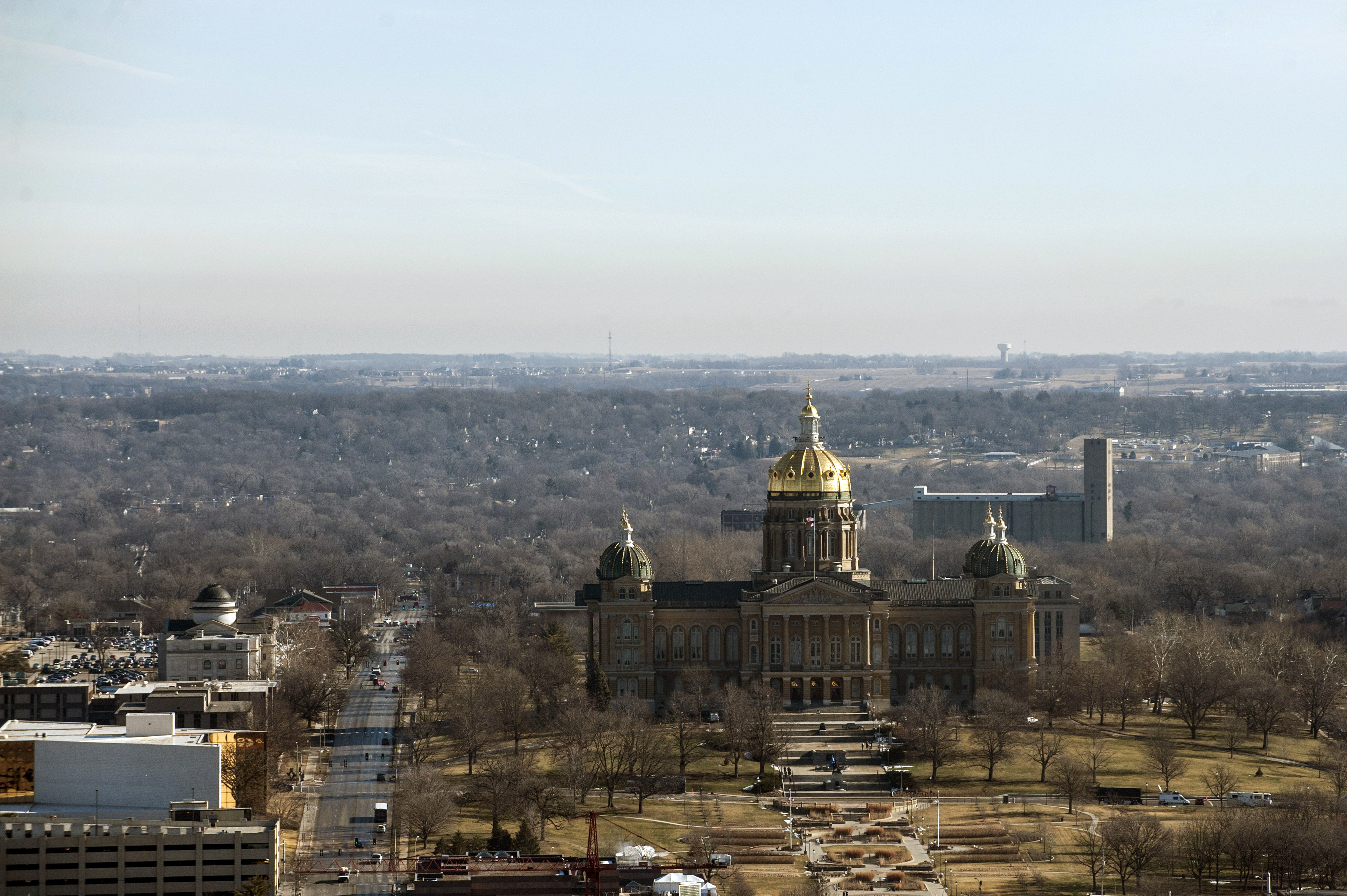 DES MOINES, IA – FEBRUARY 1: A view of the Iowa State Capitol building from the 33rd floor of the Raun Center February 1, 2016 in downtown Des Moines, Iowa. The U.S. presidential election kicks off today with voters taking part in the Iowa Caucus. (Photo by Stephen Maturen/Getty Images)

Nate Monson, the executive director of the group responsible for raising the flag, Iowa Safe Schools, told Iowa Starting Line, “Doing something like having a flag flying over the Capitol is a message and a beacon to youth that we serve across the state that they are accepted, they are loved.”

Iowa Safe Schools petitioned the state’s Department of Administrative Services a month prior to the flag going up. Last week, the petitioners were summoned to the capitol by the Department of Administrative services and raised the blue, pink, and white transgender flag over the state capitol building for approximately 3-5 minutes, which is the standard amount of time, according to The Iowa Starting Line. (RELATED: Australian Libraries Promote Transgender Teen Book That Describes A 6-Year-Old ‘Liking’ Oral Sex)

Monson went on to say that he found the rhetoric used by state legislators was very “ugly” and “disturbing,” adding that elected officials should be more supportive of transgender Iowans. “What’s really important is to say, ‘No, they are Iowans too, and they’re part of the fabric of what makes this state so great.’”

Another GOP state representative said he plans on filing legislation that would limit which kind of flags that could be flown over the capitol.

“I’d sure like to know the history of who else has been able to fly their flag over the Capitol, but I think it’s kind of disappointing that we’re doing it,” said Republican state Rep. Dean Fisher, TheHill reported. “I’m preparing a bill to specify that, as far as the official flag poles, it would only be the United States and Iowa flags, and we’ll see where that goes.”

“Transgender Day of Remembrance,” according to the TheHill, was first observed in 1999 by Gwendolyn Ann Smith, a transgender activist, to honor transgender Rita Hester after she was killed in 1998.