An increasing number of Americans dying before their time is behind a continued drop in the U.S. life expectancy rate, according to a new study from the Journal of the American Medical Association.

Life expectancy has been decreasing since 2014, according to the study, published Tuesday. A major factor in the dropping life expectancy rate is an increase in deaths among young and middle-aged adults due to varying causes including drug overdoses, suicide and more.

As of 2017, the life expectancy in America was 78.6 years, according to the study. That’s a drop from its peak in 2014, which saw the life expectancy grow to 78.9 years. The decrease is largely due to more people dying prematurely between the ages of 25 and 64.

Drug overdoses, alcohol and suicide, often described as “deaths of despair,” are driving the increases in pre-mature deaths in that age group, NBC News reported. However, those aren’t the only factors, as there are numerous other causes of death affecting midlife Americans. (RELATED: Why Can’t Kentucky Break The Opioid Curse?)

“In a way, it would have been easier if we could blame it all on one cause like opioids or guns or obesity,” Dr. Steven Woolf, the report’s lead author, told NBC News. But he said the causes of death are “so diverse that it makes us think something systemic is responsible and is expressing itself in our health in many different domains.” 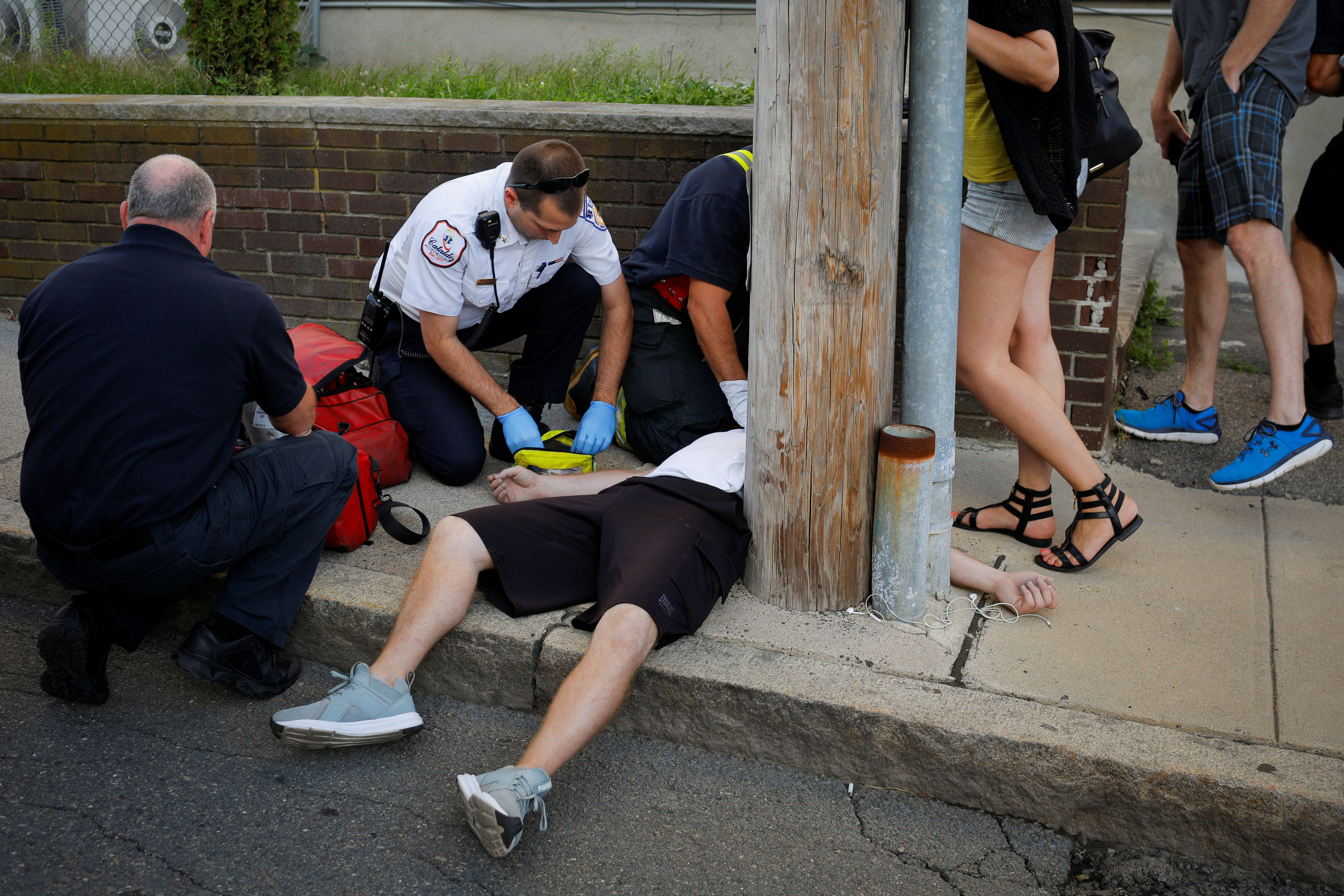 Medics and other first responders revive a 32-year-old man who was found unresponsive and not breathing after an opioid overdose on a sidewalk in the Boston suburb of Everett, Massachusetts. (REUTERS/Brian Snyder)

The “excess deaths,” or those who die years or decades before they should, can be seen in large numbers in America’s Rust Belt, which saw a booming economy from steel slowly decline beginning in the 1970s, according to NBC.

One-third of these deaths were reported in Kentucky, Indiana, Ohio and Pennsylvania. Chronic stress due to economic issues in the Rust Belt has resulted in more deaths, according to the study.

“If you’re trying to make ends meet, you’re less likely to go to the doctor,” Woolf said. “You may not do a good job taking care of your diabetes or heart disease. Also, you may be more likely to adopt unhealthy coping behaviors. You may turn to drugs as access to opioids becomes more prevalent as it did in the 1990s.”

“This is a distinctly American phenomenon,” he continued, noting that the U.S. is beginning to lose pace with other countries.