They were referring to Google’s Nov. 20 decision to limit a political campaign’s ability to narrowly target advertisements. The statement added: “Google is clamping down on voter engagement and suppressing voter turnout.”

Google changed its political advertisement policy. The tech company will allow political advertisers to target voters by age, gender and ZIP code — but they can no longer home in on voter affiliation or use information based on public voter records, Google announced in a statement. 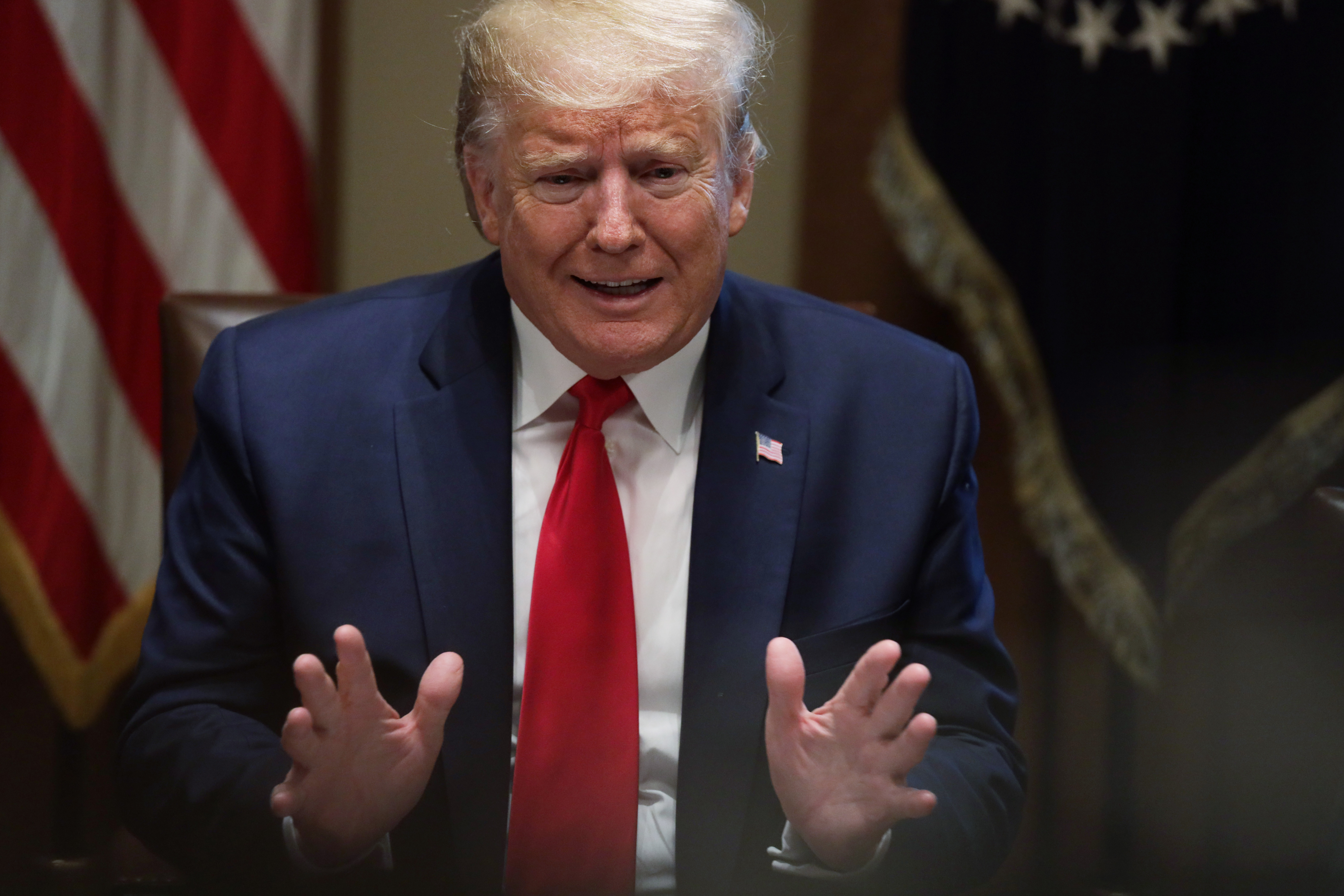 U.S. President Donald Trump speaks during a listening session on youth vaping of electronic cigarette on Nov. 22, 2019 in the Cabinet Room of the White House in Washington, D.C. (Photo by Alex Wong/Getty Images)

The press statement also noted that the Trump campaign would not be the only campaign impacted. Democrats and Republicans, as well as political groups, would likely feel the effect, according to the president’s team.

Sen. Elizabeth Warren and other activists railed against Twitter in October after the company announced plans to stop hosting political advertising by Nov. 22. Twitter CEO Jack Dorsey tweeted about the change and said it applies to candidate ads and issue ads as well.

Warren thrashed the decision after a report suggested climate activists were unable to spread policy messages on the platform. The Massachusetts Democrat linked to a report from Heated, a newsletter devoted to discussing climate issues. The report suggested Twitter is allowing ExxonMobil to run ads defending itself from a volley of climate lawsuits.

Google is pushing back against the campaign’s interpretation. “We know that political campaign strategists on both sides of the aisle have raised concerns about how our changes may alter their targeting strategies, but we believe the balance we have struck … is the right one,” the company said in a statement to the Daily Caller News Foundation.