Immigration and Customs Enforcement is denying the accuracy of a viral social media post saying one of its agents dressed as a homeless person in order to infiltrate a church to spy on a family.

“A statement posted to social media, Nov. 23, is a prime example of the reckless, irresponsible misinformation that continues to mislead the public concerning the mission of U.S. Immigration and Customs Enforcement (ICE),” the agency said in a statement Monday.

The statement was in response to a tweet user @ei_mccomb posted Saturday. Eileen McComb — someone apparently affiliated with the Redmond United Methodist Church, which is located in Redmond, Washington — said an ICE agent posed as a homeless woman in order to search for a family. The post had received over 20,000 retweets and nearly 65,000 “likes” at the time of publication of this article. 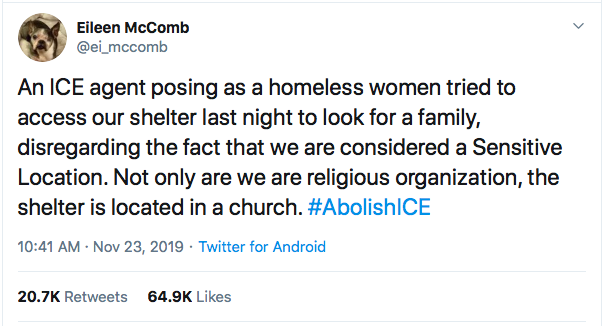 The Redmond United Methodist Church’s Facebook page shared a statement Sunday that went into further detail about the alleged incident.

The statement said a female ICE agent entered the church’s premises on Nov. 22, posing as a homeless person, and asked for housing accommodations. The statement, which offered no concrete proof the individual was affiliated with ICE, said the woman asked a social worker a number of questions about the facility. It also said the family in question, sensing something was wrong, secretly fled the scene to avoid the undercover agent.

The agency, however, says the story is fake news.

“The allegations that ICE entered the Redmond United Methodist church this weekend, or dressed as a homeless woman to enter a homeless shelter located within the church, are false and do nothing but promote fearmongering,” the ICE statement continued. “ICE did not enter the Redmond United Methodist Church, nor was the agency conducting operations near that location at any time this weekend.” 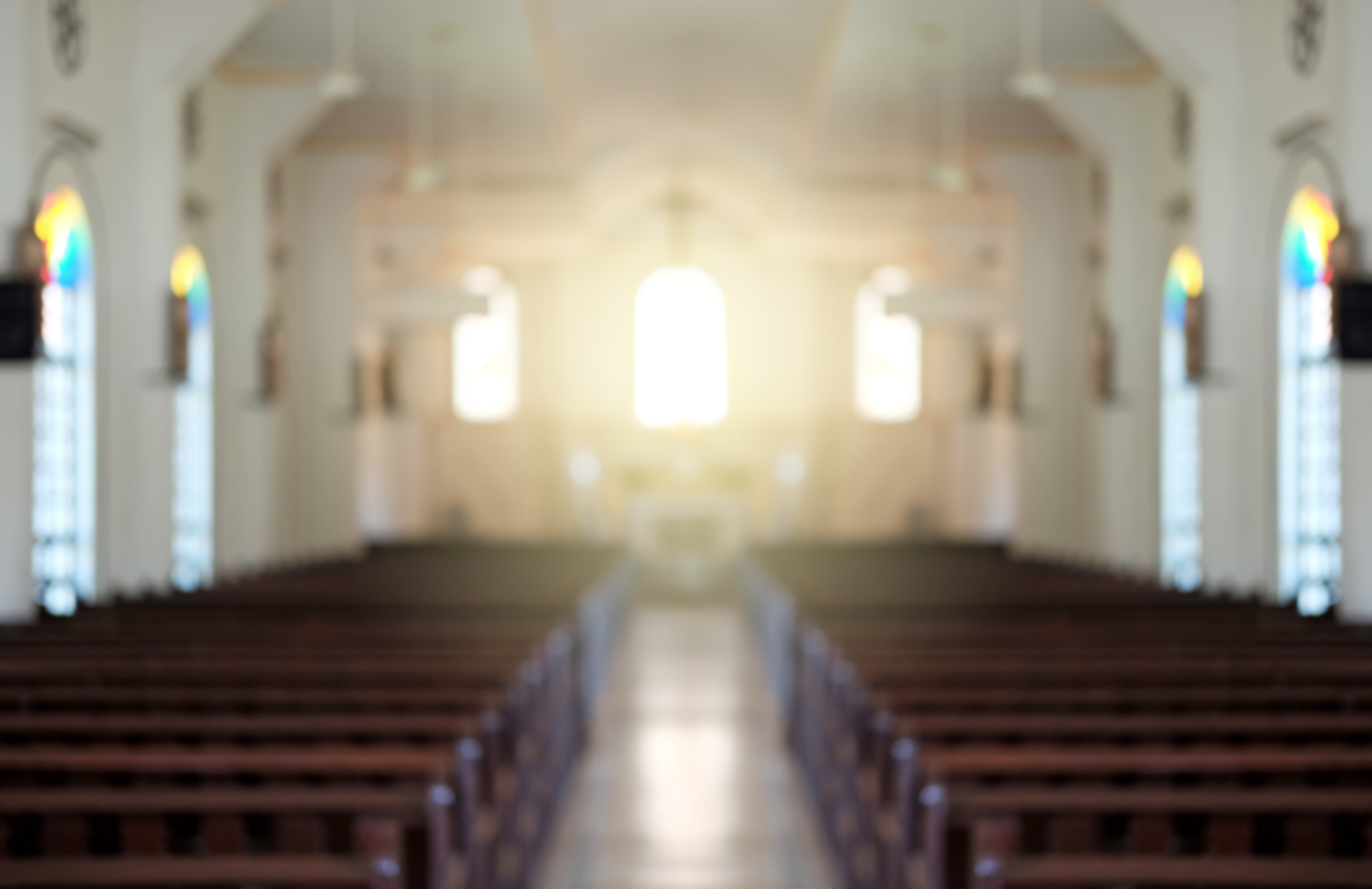 A Facebook user updated the statement on the Redmond United Methodist Church Facebook page and said they believe the agent was actually affiliated with U.S. Border Patrol. A Border Patrol spokesperson said that, not only was their agency not involved in the incident, none of their agents were even working in the town at the time. (RELATED: ‘They Are Endangering The Communities’: New DHS Chief Rips Sanctuary Cities)

“If the public has any additional information regarding this matter, they are encouraged to contact the Redmond Police Department or the United States Border Patrol, Blaine Sector,” the statement continued.