Michigan Democratic Rep. Brenda Lawrence on Sunday changed her stance on the impeachment inquiry into President Donald Trump, saying she does not see the “value” in kicking him out of office.

Lawrence, a supporter of 2020 presidential candidate Kamala Harris, said that she would be for censuring Trump but she no longer believes the president should be removed from office. This comes as Lawrence said in June that she believes the Senate needs to act and impeach Trump.

“I feel we should begin that process,” Lawrence said to CNN’s Erin Burnett on June 12. “If we impeach him, he is still sitting in the White House because the Senate must act,” she continued. “Our democracy is bigger than Donald Trump, and we need to act.”

After the first two weeks of public impeachment hearings, 62 percent of surveyed independents claimed the issue is “more important to politicians than it is to me” while 61 percent also voted the same when asked about the media. (RELATED: The Tide Is Turning Against Democrats On Impeachment) 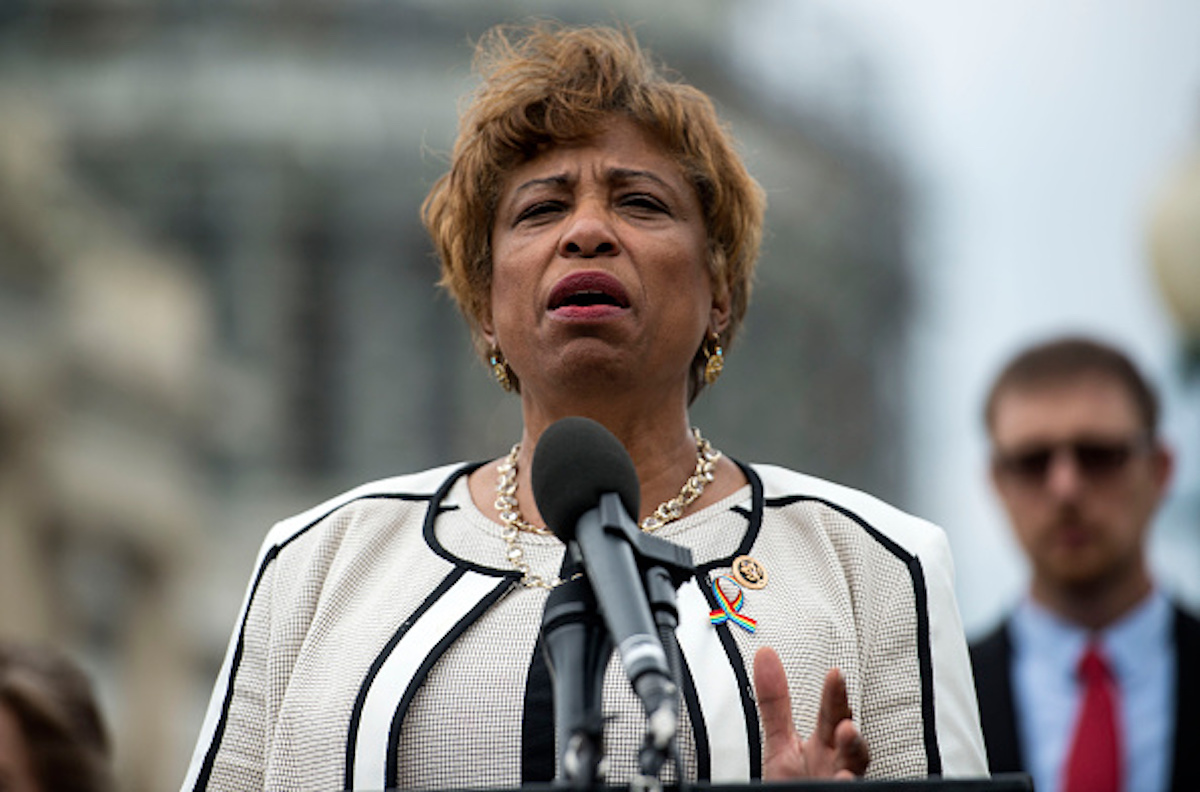 Representative Brenda Lawrence joins members of MoveOn.org and members of Congress at an event to demand congress renew an assault weapons ban, along with delivering more than one million signed petitions, at United States Capitol Building on July 12, 2016 in Washington, DC. (Photo by Leigh Vogel/Getty Images for MoveOn.org)

“You can censure, you don’t have to remove the president. Sitting here, knowing how divided this country is, I don’t see the value of kicking him out of office,” Lawrence told radio host Charlie LeDuff on Sunday. (RELATED: 2020 Democrats Say They Will Continue Push For Impeachment In Senate)

“I’ll be G-Damned,” LeDuff says. “To hear you say, and you are a Democrat, and you are a liberal-minded person; I know you don’t like Trump for the betterment of all of us, in an election year, it’s unwise to tear him from the chair. Is that how you think?” The host asks Lawrence. “Yeah,” Lawrence responded.

Hours later Lawrence released a statement saying, “I was an early supporter for impeachment in 2017. The House Intelligence Committee followed a very thorough process in holding hearings these past two weeks. The information they revealed confirmed that this President has abused the power of his office, therefore I continue to support impeachment.” She also mentioned her concern about impeachment moving forward in the Republican-controlled Senate.

Lawrence’s comments come after The Daily Caller contacted all 53 Republican Senate offices to ask if senators would rule out voting to remove Trump from office, and received a variety of responses — seven senators explicitly rejected impeachment in their statement. (RELATED: McConnell On Dismissal Of Trump Impeachment Articles: ‘We’ll Have To Have A Trial’)

However, Senate Republicans do not appear to be concerned about House Democrats’ ongoing efforts to impeach Trump, with many saying even if the House were to move forward with impeachment, that there is no way the Senate would vote to impeach the president.

House Democrats are currently deciding how to move forward with the impeachment inquiry.