During the roughly hour-long meeting, Penn advised Trump to “govern” and avoid responding to “everything” Democrats say throughout the impeachment process. (RELATED: National Enquirer Boss Is Cooperating With The Feds In The Michael Cohen-Stormy Daniels Case – What Does This Really Mean For Trump?) 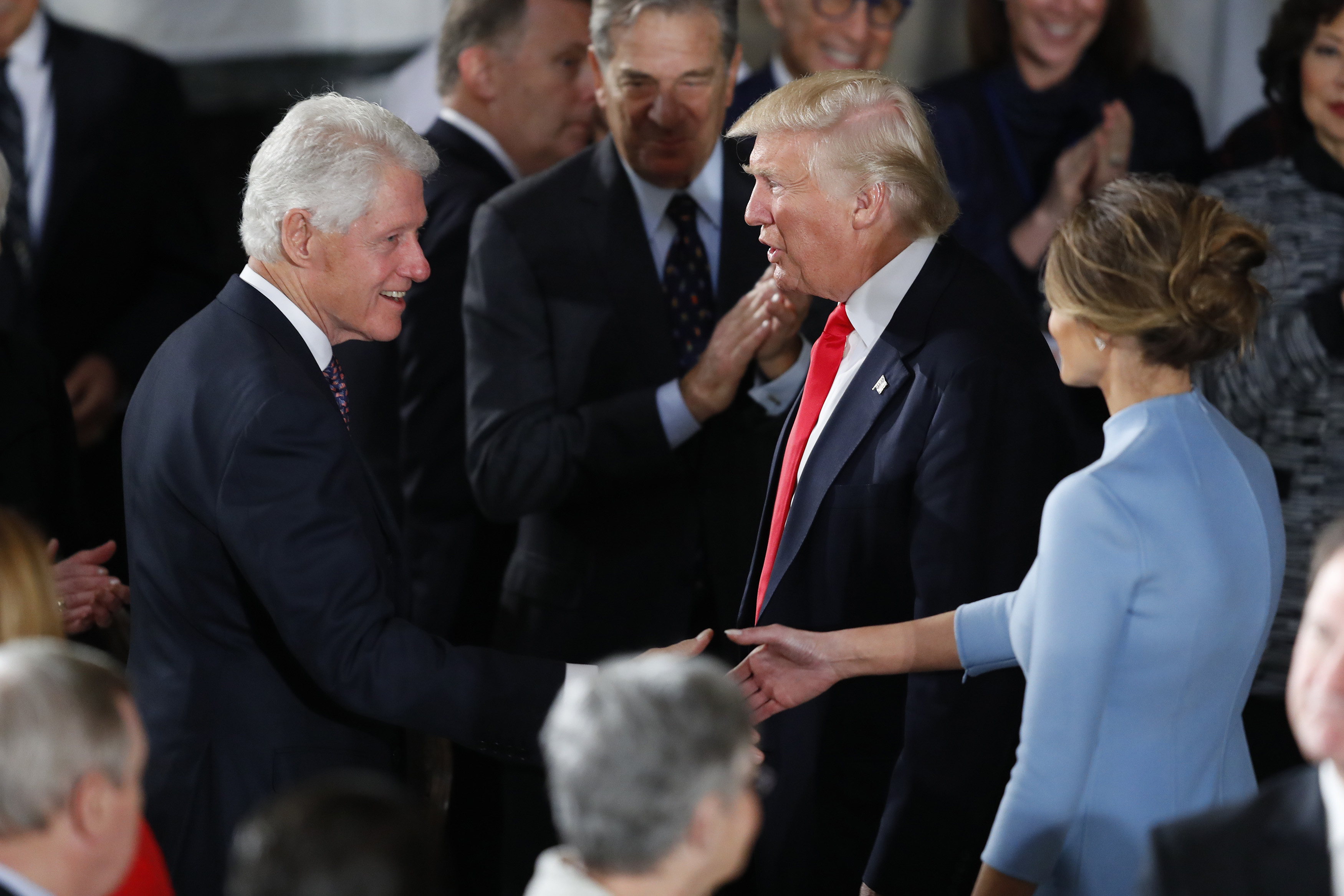 President Donald Trump and first lady Melania Trump greet former President Bill Clinton at the Inaugural Luncheon in the US Capitol January 20, 2017 in Washington, DC. President Trump will attend the luncheon along with other dignitaries after being sworn in as the 45th President of the United States. (Photo by Aaron P. Bernstein/Getty Images)

In addition to serving as Bill Clinton’s pollster, he performed the same function for former Secretary of State Hillary Clinton’s two successful Senate campaigns and her unsuccessful 2008 presidential run.

He drew the ire of other Democrats when he began criticizing special counsel Robert Mueller’s probe into possible collusion between the Trump administration and Russia.

Recent polling suggests that Trump may in fact be weathering the impeachment storm, at least for now.

His approval rating climbed from the low 40s up to 48 percent, with 47 percent disapproving, according to a poll published in late November by Emerson. Meanwhile, support for impeachment has dropped significantly among independent voters the same Emerson poll — 34 percent of independents supported impeachment, a 14-point drop from October. Data analyzed by Vanity Fair shows that 62 percent of surveyed independents claimed the issue is “more important to politicians than it is to me” while 61 percent answered the same way when asked about the media.