“Wiley E. Pelosi with a magnet? It’s perfect,” Ingraham told viewers on “The Ingraham Angle” in reference to the Wiley E. Coyote cartoon character that never succeeds in catching the Road Runner. The host says that’s exactly how Pelosi and House Democrats appear in their quest to undermine President Donald Trump.

Ingraham ran through a variety of issues, including the current impeachment inquiry, where she says Trump has been right and the Democrats wrong.

After ticking off fears of a recession that appear to be baseless, Ingraham suggested Republican voters have remained constant throughout the last years of attacks on the president. Indeed, polls indicate Trump’s approval rating among all voters is moving upwards as support for impeachment recedes.

She then noted that predictions that Trump’s tariffs on China would “tank” the American economy, and perhaps even the global economy, haven’t transpired either. (RELATED: Trump Touts Effect Of US Tariffs On China)

“Do they get up in the morning and pick a few keywords? Another swing and a miss, our economy is booming while China’s GDP is growing at its slowest pace since the 1990s. It is expected to contract further next year,” Ingraham asserted.

She ended her segment by noting that impeachment may not be proceeding as scheduled by Democratic planners.

“When the hearings ended up swinging public opinion against Democrats’ impeachment fantasy, the left moved on to their next delusion: a federal judge nominated by Obama is forcing Trump’s former White House counsel to turn against the president to testify. The media was breathless with excitement,” Ingraham noted, adding that the former counsel, Don McGhan, can simply refuse to answer any questions put to him on the basis that the subject matter is covered by executive privilege.

”If the Speaker doesn’t watch out, her new nickname will be Wiley E. Pelosi,” Ingraham joked. 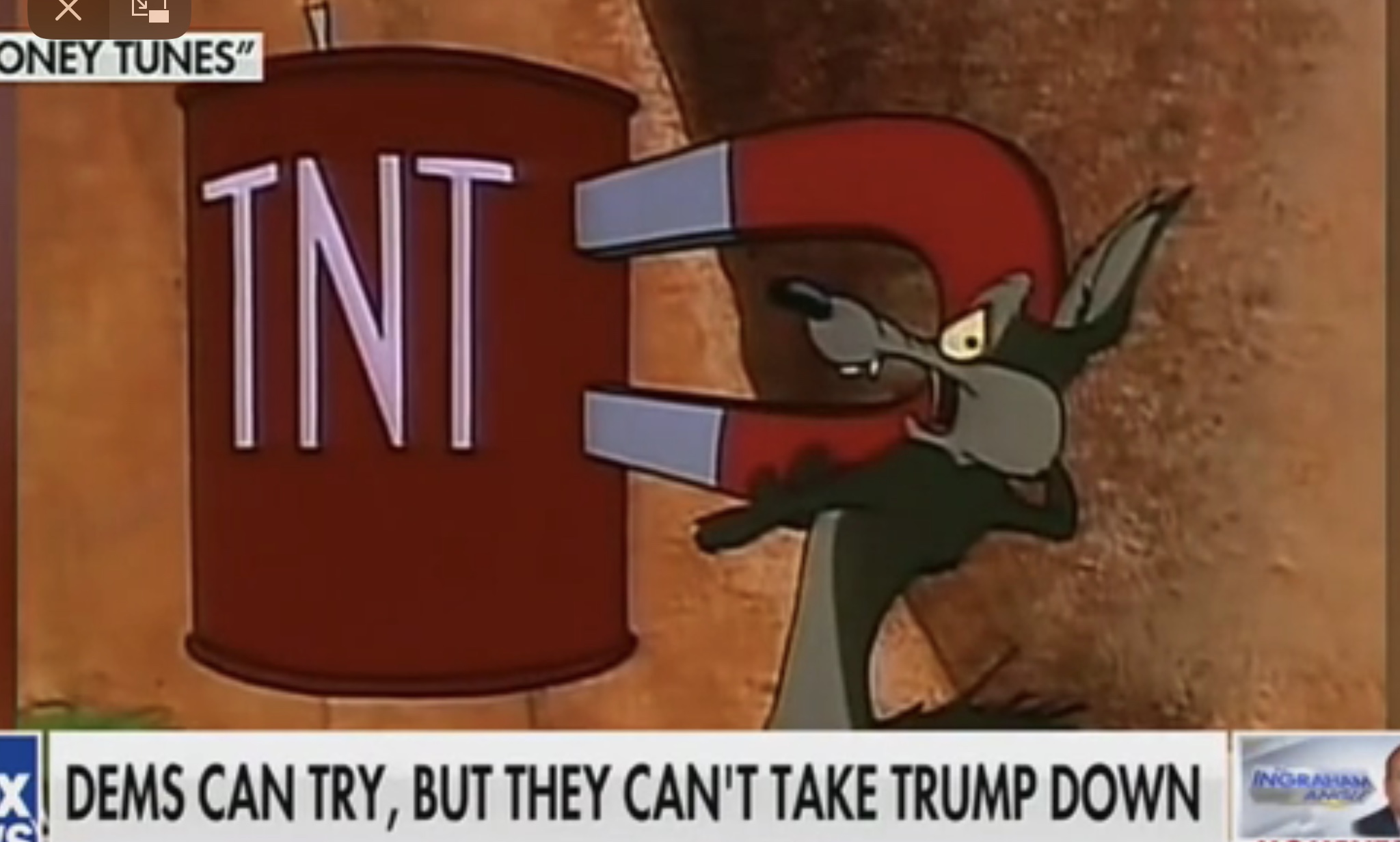 “Wile E. Pelosi, with a magnet? It’s perfect. No matter what the Democrats throw at Trump, they can’t take him down, it’s driving them crazy. Their predictions about the president’s staying power have been spectacular flops.” (RELATED: Laura Ingraham Compares Greta Thunberg To ‘Children Of The Corn’)

Finally, the host offered “a few predictions” that included Trump being renominated by the GOP and re-elected by the American people “while Democrats nominate someone with almost zero ability to connect with Americans outside of major cities.”