United States Capitol Police arrested a man Tuesday for removing his clothing and exposing himself inside a Senate office building.

A Capitol Police officer came up to the man who was taking off his clothing Tuesday afternoon in the hallway of the Russell Senate Office Building and began questioning him until he dropped his pants and exposed his genitalia, The Washington Examiner reported.

Naked man arrested in US Senate. Here’s the police affidavit, via @NBC4ITeam pic.twitter.com/5xP9gQhhRO 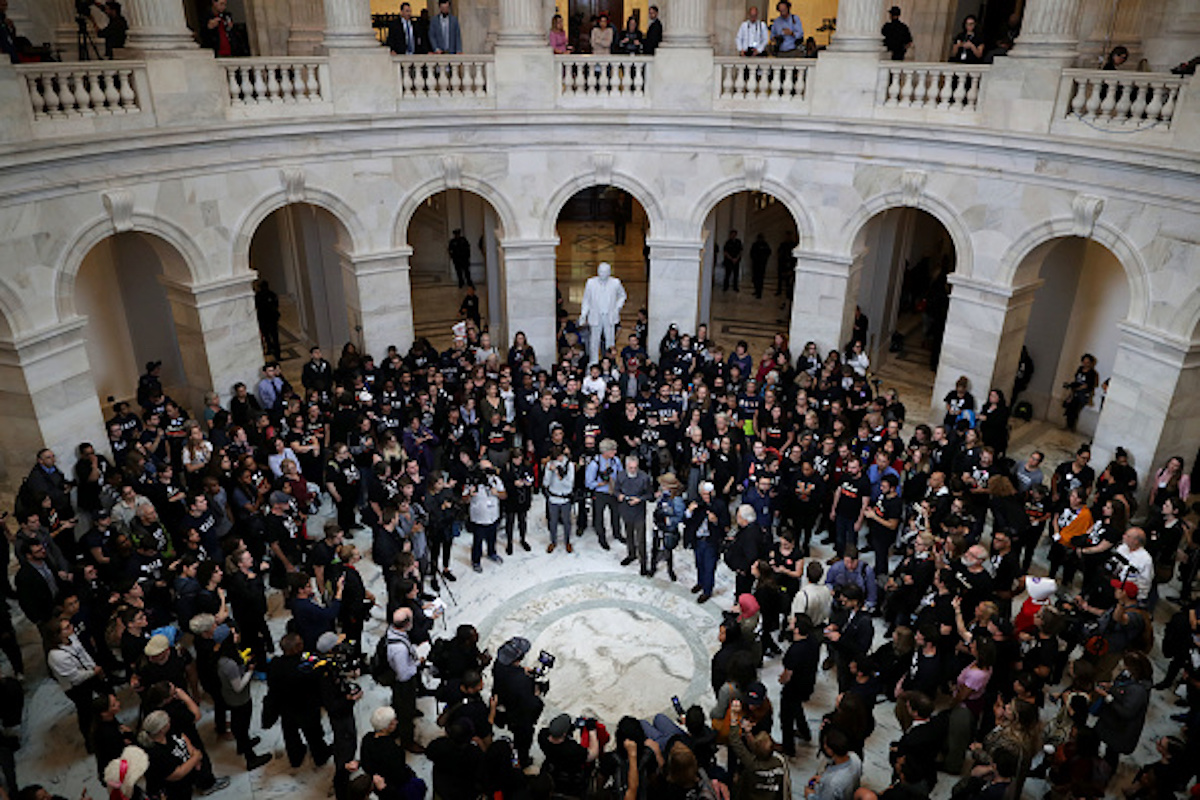 Hundreds of protesters rally in the Russell Senate Office Building Rotunda while demonstrating against the confirmation of Judge Brett Kavanaugh on Capitol Hill September 24, 2018 in Washington, DC. (Photo by Chip Somodevilla/Getty Images)

“When the officer made contact with the suspect, he removed his underclothes, exposing his genitals,” Capitol Police spokeswoman Eva Maleki told the Washington Examiner.

The man who has not been named was arrested and charged with indecent exposure.