Members of the pro-life movement and conservatives spoke out against Atlanta businesswoman Kelly Loeffler, who sits on the Board of Directors of Grady Memorial Hospital Corporation. Activists say Grady Hospital employs five abortionists and hosts the largest training program for abortionists in Georgia.

Their reactions came after Kemp and Loeffler quietly met with President Donald Trump on Sunday to discuss appointing Loeffler to take Republican Sen. Johnny Isakson’s seat, as Isakson retires from the Senate for health reasons. Kemp reportedly presented Loeffler to Trump as his choice, causing the president to ask why they were holding the meeting if Kemp had already made his decision. He reportedly wants Kemp to appoint Trump-supporter Rep. Doug Collins.

Activists have also praised Kemp for signing a fetal heartbeat bill, H.B. 481, on May 7 — a bill that outlaws abortion after a fetal heartbeat can be detected. Critics argue a heartbeat can be detected as early as six weeks and many women do not know they are pregnant at that stage. The bill will go into effect Jan. 1, 2020, and makes exceptions in cases of rape or incest when a police report is filed, or if the health of the mother is at risk.

“Kelly Loeffler’s position on the board of Grady Memorial Hospital, one of the largest purveyors of abortion in Georgia and a training ground for abortionists, should disqualify her from representing the state in the U.S. Senate,” Susan B. Anthony List President Marjorie Dannenfelser said in a statement Wednesday. (RELATED: Vast Majority Of Women Affected By Alabama, Georgia Laws Are Black)

“Earlier this year, Governor Brian Kemp courageously signed one of the nation’s strongest pro-life laws protecting unborn babies as soon as their heartbeat can be detected. Grady’s abortionists are suing to overturn that landmark law and block the will of the people,” Dannenfelsser added. “This moment calls for a Senate candidate with outspoken public pro-life courage like that of the Governor.” 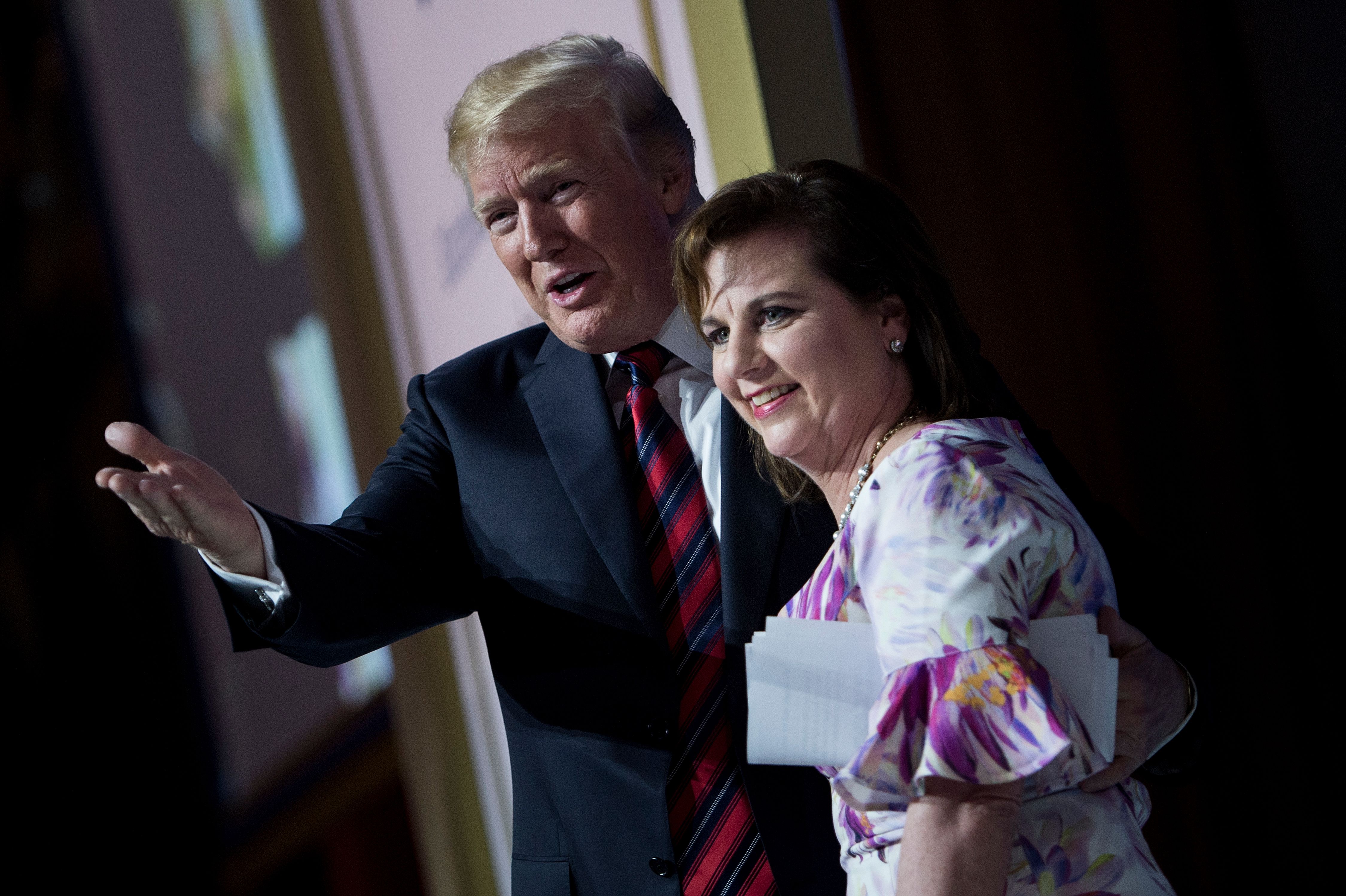 “Kelly Loeffler sits on the board of one of Georgia’s top abortion performing hospitals,” McClusky said in a statement. “She has donated thousands of dollars to liberal and pro-abortion Democrats.  It would be hugely disappointing if Governor Kemp appoints her to a critical seat in the U.S. Senate. After the Senate gains made by conservative and pro-life candidates in the 2018 election, this would be a huge setback.”

“Governor Kemp needs to know Kelly Loeffler would be the wrong choice for conservatives in Georgia and supporters of President Trump on several fronts,” Nance tweeted. “She sits on the board of a hospital in Atlanta that employs five abortionists and actually runs the largest training program for abortionists in GA.”

Nance also pointed out that Loeffler is a part-owner of the WNBA’s Atlanta Dream, and Nance said WNBA is an outspoken supporter of Planned Parenthood.

“Also she has given thous of $$ in campaign contrib to liberal and pro-abortion candidates,” Nance added. “There are better choices for Gov.Kemp 4 the next U.S. Senator from GA. He has a list of fantastic pro-life candidates. We hope he doesn’t pick the one the pro-life community will oppose.”

“Appointing Ms. Loeffler to the U.S. Senate wouldn’t just be promoting a liberal to replace a conservative, it would make a mockery of those who cast votes for Senator Isakson, Governor Kemp and President Trump,” Martin tweeted.
Kemp responded to the criticism in a Wednesday tweet, saying the idea that he would not appoint a pro-life senator was “ridiculous.”

“I stand with hardworking Georgians and @POTUS. The idea that I would appoint someone to the U.S. Senate that is NOT pro-life, pro-2nd Amendment, pro-freedom, and 100% supportive of our President (and his plan to Keep America Great) is ridiculous. The attacks and games are absolutely absurd. Frankly, I could care less what the political establishment thinks. Happy Thanksgiving,” the governor tweeted.

Kemp and Bakkt, Loeffler’s company, have not yet responded to a request for comment from the Daily Caller News Foundation.