President Donald Trump signed legislation into law Wednesday that shows American support for Hong Kong protesters in a move that will likely worsen relations with China.

This comes amid months of public clashes in Hong Kong that began over an extradition bill. The region’s government retracted the bill, but the pro-democracy demonstrations have continued in the streets. Republican Florida Sen. Marco Rubio introduced the Hong Kong Human Rights and Democracy Act, one of two bills Trump signed Wednesday.

“I signed these bills out of respect for President Xi [Jinping], China, and the people of Hong Kong,” Trump said in a statement. “They are being enacted in the hope that Leaders and Representatives of China and Hong Kong will be able to amicably settle their differences leading to long term peace and prosperity for all.”

The second bill the president signed bans exporting items such as tear gas and rubber bullets to Hong Kong police. These items are often used for controlling crowds. 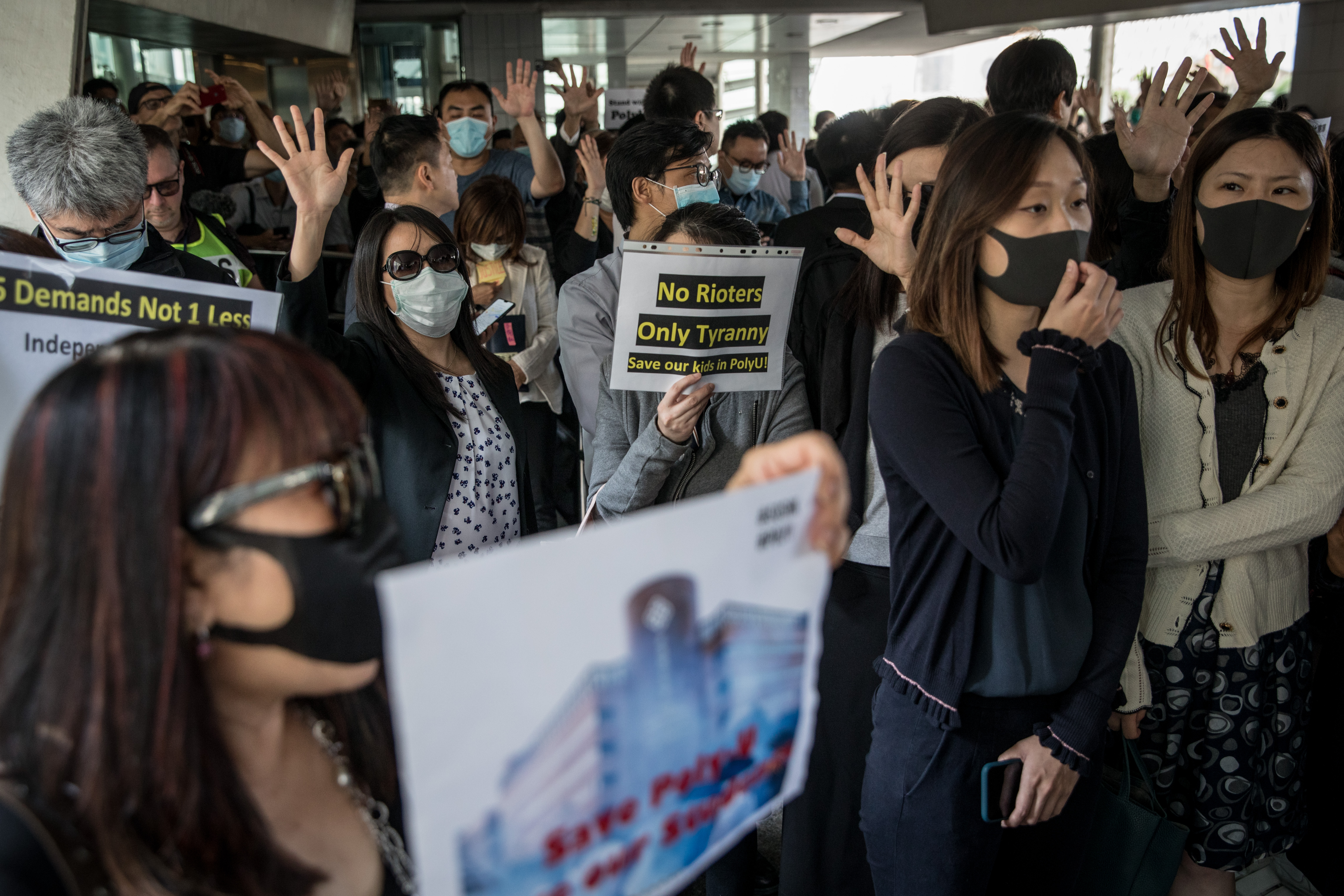 Protesters chant slogans and hold signs on a footbridge in the central business district during a lunch time protest on Nov. 27, 2019 in Hong Kong, China. (Chris McGrath/Getty Images)

Rubio’s bill previously passed overwhelmingly in both the House and the Senate, Axios reported. (RELATED: Hong Kong Protests: ‘Police Officer Had His Baton Taken From Him And Was Attacked With It’)

Trump signing these bills admonishes China during a time when the two countries are in the midst of trade talks. China previously warned that it would retaliate if the legislation became law, according to the outlet.

“I applaud President Trump for signing this critical legislation into law,” Rubio said in a statement Wednesday. “The U.S. now has new and meaningful tools to deter further influence and interference from Beijing into Hong Kong’s internal affairs.”