While President Andrés Manuel López Obrador said his government is open to “cooperation” with the U.S., he roundly rejected the idea of U.S. military intervention to fight drug cartels.

“Co-operation, yes — intervention, no,” López Obrador said Wednesday during a press conference. The left-wing president refused to address questions about the possibility of the U.S. designating drug cartels as terrorists, telling reporters he just wanted to “send a hug to the American people” because it was Thanksgiving eve.

Nevertheless, the Mexican government appears to be reeling from an announcement President Donald Trump made just a day earlier.

In an interview released on Bill O’Reilly’s personal website Tuesday, Trump told the former Fox News host he is working to designate Mexican drug cartels as terrorist organizations. While specific details for such a plan have yet to be released, the move would mark a dramatic shift from how the U.S. addresses transnational crime emanating from south of the border. 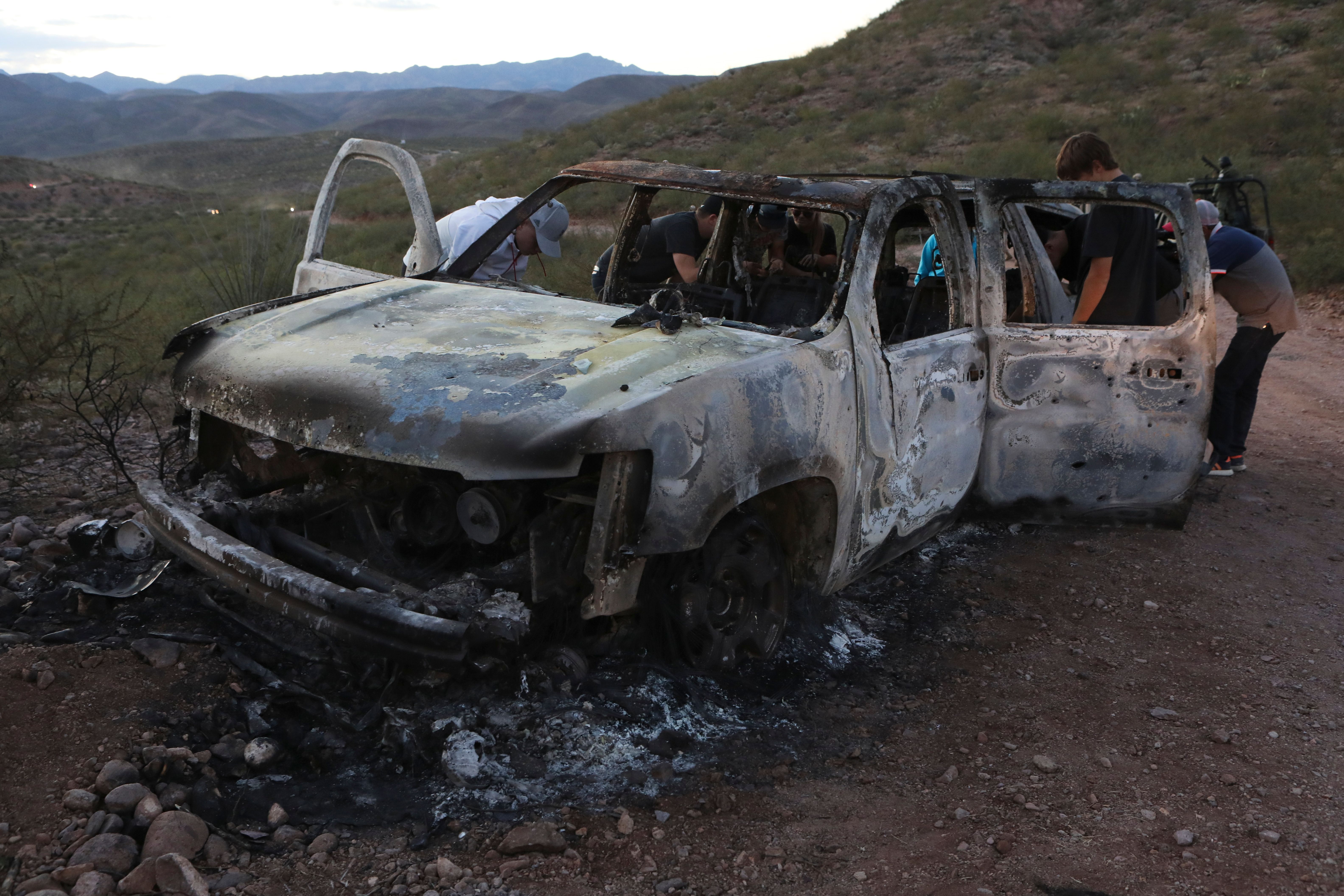 Members of the Lebaron family watch the burned car where part of the nine murdered members of the family were killed and burned during an gunmen ambush on Bavispe, Sonora mountains, Mexico, on November 5, 2019. (Photo by HERIKA MARTINEZ/AFP via Getty Images)

The interview came after an American family was ambushed by suspected cartel gunmen earlier in November. The family — which belongs to a Mormon fundamentalist group that has lived in Mexico for years — was driving not far from the border when they were suddenly attacked, leaving nine of them dead, including six children and three women. Of the six children who were killed, two were infants.

The massacre was just the latest in an ongoing stream of violence from drug cartels in the country. Homicides in Mexico, which are connected to cartel activity, reached a high of nearly 36,000 in 2018, according to a report by the Council on Foreign Relations. Despite López Obrador’s promise of a new approach to organized crime, the homicide rate has continued to tick up under his administration.

Relatives of the border massacre appealed to the Trump administration to designate these cartels as terrorist organizations, a move that would prohibit their members from entering the U.S. and prevent people from knowingly providing them support. Additionally, financial institutions would be bound by law not to conduct business with any group that is designated as a terrorist organization.

However, to many Mexican leaders, the prospect of terrorist designation or military intervention invokes fears of infringement on their national sovereignty. Immediately after Trump’s comments, Mexican authorities requested talks with their U.S. counterparts. (RELATED: Cop Involved In El Chapo’s Son’s Arrest Was Shot 155 Times In Gruesome Execution)

“Mexico will never allow any actions that violate its national sovereignty. We will be firm. I have let the United States know my position, as well as our plan against organized transnational crime,” Marcelo Ebrard, the Mexican Foreign Minister Marcelo Ebrard, tweeted Tuesday night.