A Star Wars character is reportedly gobbling up social media interactions on Facebook and Twitter as Democratic presidential candidates struggle to gain attention on social media.

Baby Yoda, a character from the Star Wars series “The Mandalorian,” is pulling in twice the amount of interactions as former Vice President Joe Biden and Vermont Sen. Bernie Sanders, Axios reported Friday, citing data from NewsWhip. Every other Democratic 2020 candidate is slipping further back.

NewsWhip’s data was collected between Nov. 12 and 25.

Former New York City Mayor Michael Bloomberg, for instance, entered the presidential race on Nov. 24 and received a deluge of articles written about his entrance. Unfortunately for the billionaire businessman, none of those media pieces gained much traction on online.

Bloomberg, who had roughly 7,600 stories written about his candidacy, ranks 14th in terms of average interactions per story about him, while Baby Yoda has notched an average interaction rate 10 times higher than his. “The Mandalorian” premiered Nov. 12 on Disney+.

Baby Yoda has had over 1,250 articles written about it, according to NewsWhip, a website that collects data on media interactions. (RELATED: Michael Bloomberg Officially Joins Presidential Race)

President Donald Trump, meanwhile, has enjoyed tremendous earned media over the past year. 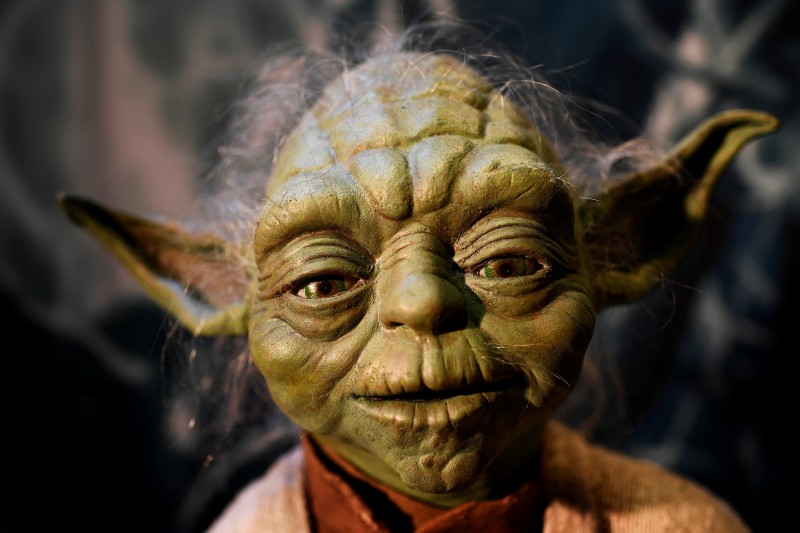 The Yoda puppet used in the original movies, is seen at the Star Wars Identities exhibition at the 02 in London, Britain, Nov. 8, 2016. REUTERS/Dylan Martinez/File Photo

The president’s campaign began selling straws in July as an act of rebellion against cities that began prohibiting the items, and the campaign began selling markers after CNN criticized him for supposedly using a pen on a map to alter Hurricane Dorian’s trajectory. These techniques were being used as Republicans continued to slam Facebook for discriminating against conservatives.

The president and Republican lawmakers are fleshing out ways to reign in Facebook, Google and Twitter before they become too big to regulate. Trump, for his part, invited a slew of conservative activists to the White House in July to discuss how social media companies are affecting their livelihoods. The summit did not result in any committed action, but it did elevate the concern.