The first black American billionaire said Friday that he continues to give the president an A+ grade for his management of the U.S. economy. “I still stand by that position, absolutely,” he told CNBC, citing historic lows for black unemployment as just one reason he says Trump is succeeding fiscally.

Johnson said these economic accomplishments combined with the president’s “style” make the 2020 presidential election Trump’s “to lose.” (RELATED: BET Founder Says ‘Give Him A Chance,’ Trump Will ‘Move The Economy Forward)

“I think the president has always been in a position where it’s his to lose based on the fact that he’s bringing sort of a disruptive force into what would be called political norms. I don’t care whether it’s the way he conducts foreign policy, the way he takes on the government agencies and how he deals with immigration, he brings his style. Now a lot of people, particularly those who voted for him and those who will vote for him again in the next election, like that style,” Johnson, who described himself as a “lifetime Democrat,” told CNBC.

He warned his party that its leadership forgets to acknowledge Trump’s accomplishments when they focus exclusively on his style. “I think what the Democrats have to do is to be careful not to get caught up in style and stick to a more in substantive Trump.” (RELATED: Democratic Congresswoman Dismisses Trump Economic Record As A Lot Of ‘Blah, Blah, Blah’)

Johnson told the media outlet that he has found no one in the current crop of Democratic presidential candidates who he says he can relate to or who he thinks the majority of black Americans can relate to because they are not sufficiently centrist.

“If you take a snapshot today, I don’t think that group is capable of beating Donald Trump despite what the polls say,” he said. 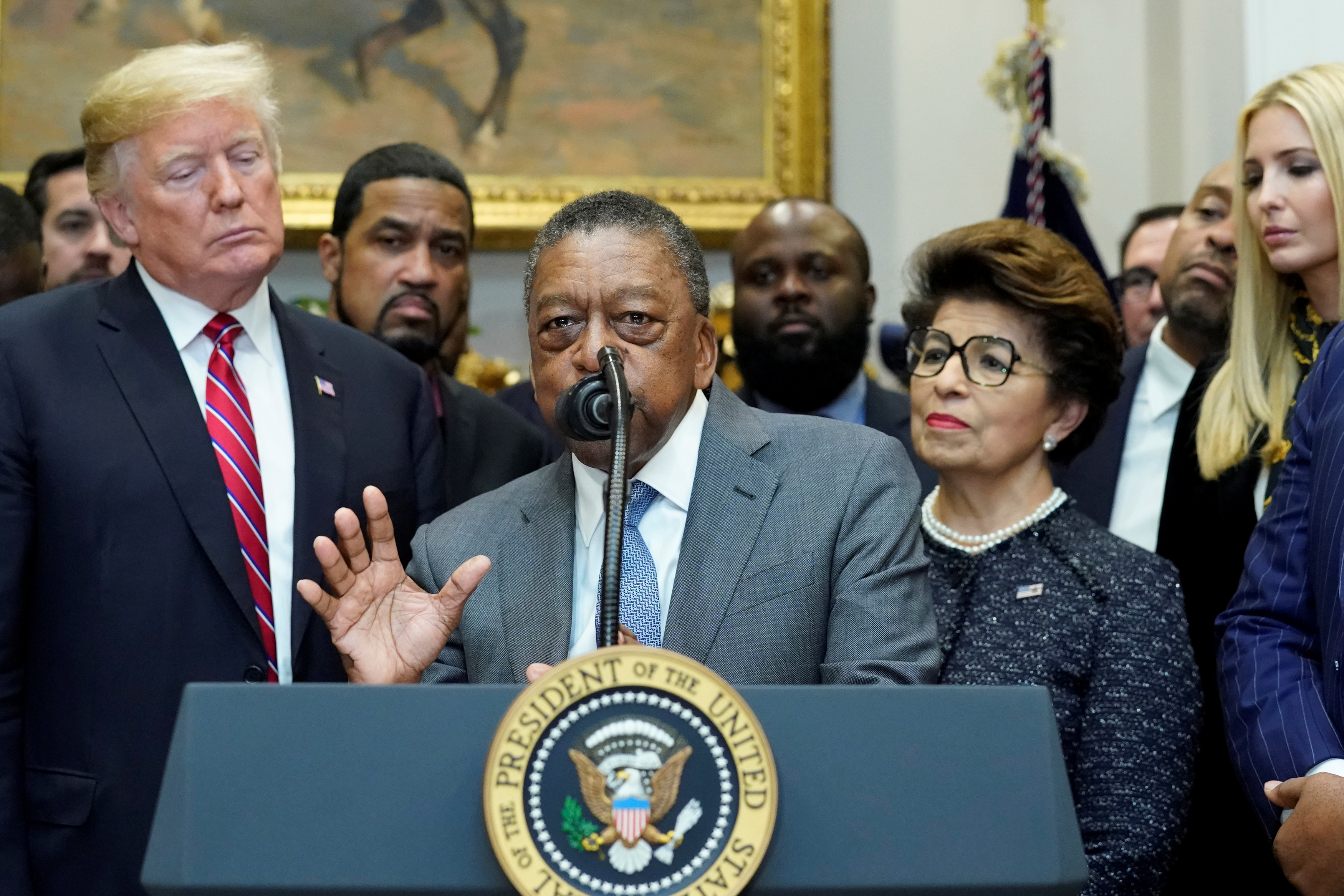 Although he says he knows Michael Bloomberg, who recently declared his candidacy, he is not convinced that the former mayor of New York City can find a national audience or be relevant to black Americans. First, Bloomberg needs to provide “his narrative as to exactly what he’s going to do and how he introduces himself, particularly to the African-American community.”

Johnson would not say whether he would be voting for Trump, or not. But he declared he would continue to provide independent analysis of the Trump presidency. “It means that I’m going to speak my mind, speak in an independent way based on the facts and not try to get caught up in the politics,” he said.