Korean pop star Jung Joon-young was sentenced to six years in prison after he was convicted of raping a woman and sharing a video of the sexual encounter. 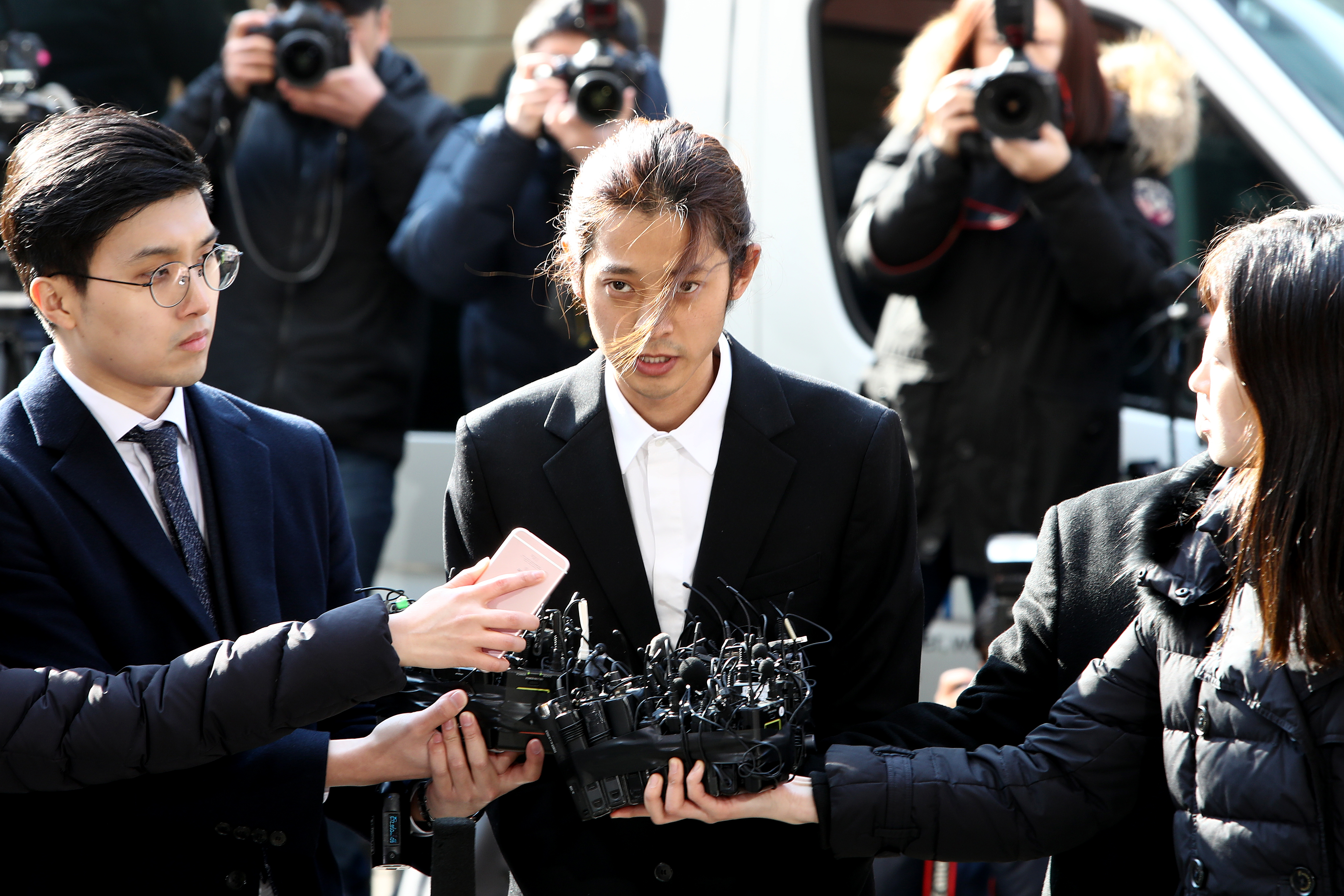 Singer Jung Joon-young is seen arriving at a Seoul Metropolitan Police Agency on March 14, 2019 in Seoul, South Korea. Jung Joon-young, a South Korean singer-songwriter and TV celebrity appeared at the police station on Thursday to be questioned over suspicions of sharing sexual videos in a group chat which included BIGBANG’s member Seungri, who is facing charges of supplying prostitution services. (Photo by Chung Sung-Jun/Getty Images)

Both Jung and Choi were members of an online chat group that joked about drugging and raping women. Secret sex tapes were also shared in the chat, Seoul Central District Court claimed.

The men will also have to complete 80 hours of “sexual violence treatment” education, Reuters reported.

“The defendants are well-known celebrities and friends, but the chat they’ve had showed that they simply considered women as objects of sexual pleasure, and committed crimes that were extremely serious,” Judge Kang Seong-soo said in court. (RELATED: Super K-Pop Star Sulli Dead At Age 25)

“Strict punishment is inevitable as the damage inflicted has not properly been recovered and the victims demand harsh penalties,” the judge added.

Jung admitted to sharing the sex tapes of the women without permission, but claimed the sex was always consensual.

Choi denied raping the woman. He claimed if the two had a sexual encounter it was most likely consensual.