The beltway is swamped by coverage of the ongoing impeachment proceedings. In this deluge, it is all too easy to lose focus on the question between the lines of every article on the controversy: Is it even a good idea for the U.S. to provide lethal aid to Ukraine?

This question is foundational to the impeachment story, yet glaringly absent from vast swathes of coverage. It’s almost just assumed, even in news articles, that U.S. interests demand sending nearly $400 million in taxpayer-funded military aid to Ukraine to counter Russia. When Ambassador Bill Taylor testified in November, he put into words a common sentiment in Washington: Aid (by which he means anti-tank missiles and grenade launchers, among other weaponry) is “so important for Ukraine as well as our own national interest.”

This view is mistaken.

The U.S. won the Cold War while Ukraine was part of the Soviet Union, even managing to make the situation in Eurasia favor the west by just about every metric worth considering. The United States has the largest economy in the world while Russia’s is smaller than Italy’s. Though Russia has slightly more nuclear weapons than the U.S., we have a secure — and more than capable — second strike capability. As for conventional warfare, we spend more than 10 times what Russia spends on its military, and our military is second-to-none. (RELATED: ‘Bet On The Wrong Horse’ — Fiona Hill Confirms Ukraine Was Currying Favor With Hillary Clinton In 2016) 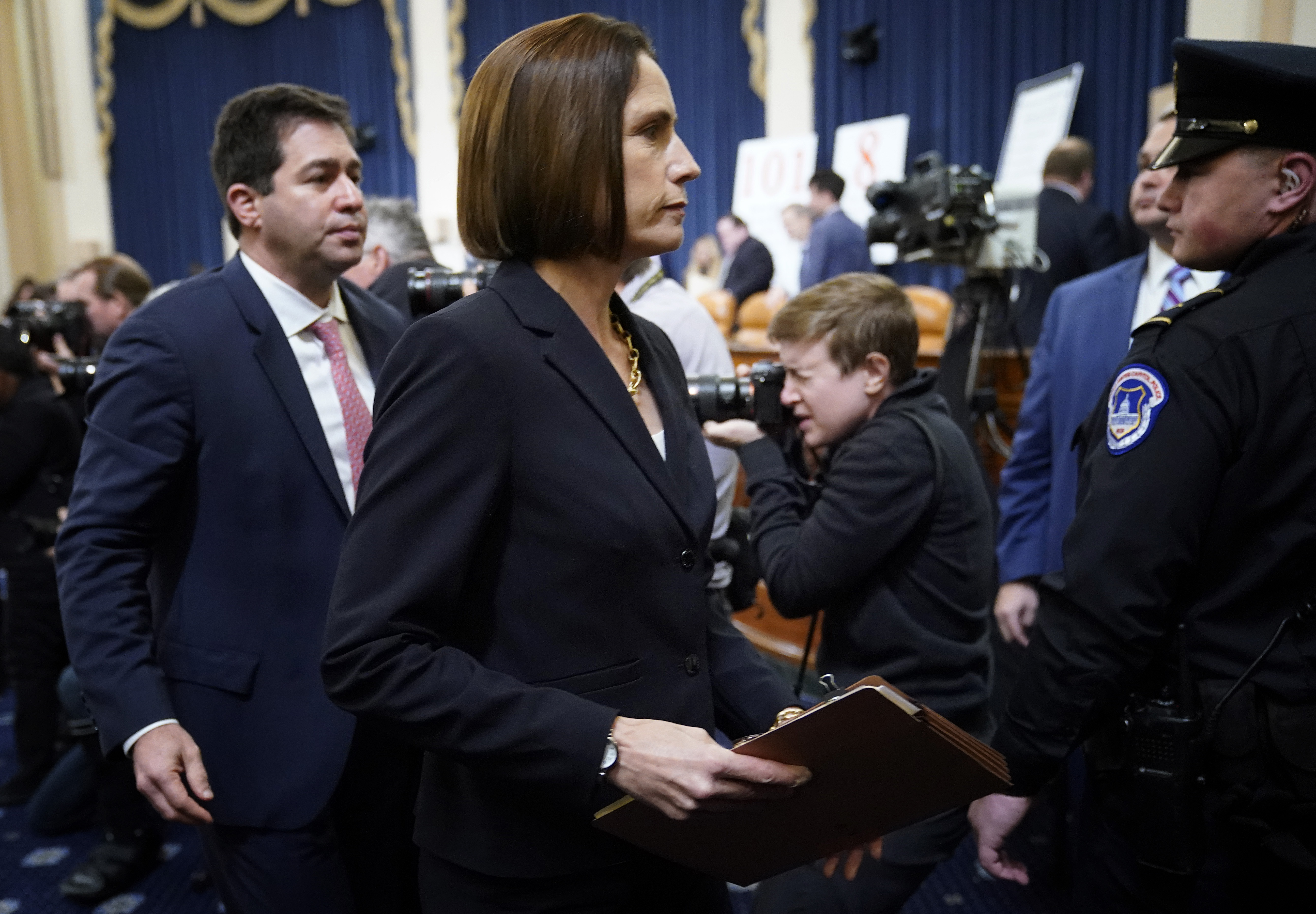 The fate of Ukraine cannot change the fact that America is a secure geopolitical island, buttressed by two massive oceans and friendly neighbors. Compare this to Russia’s position: Moscow views itself as increasingly cornered thanks to the eastward expansion of NATO toward its border. Americans understand border issues as a legitimate component of any country’s vital interests — and Russia shares a 1,200-mile border with Ukraine.

The United States’ advantages with respect to Russia recommend prudence; we are nowhere near a desperate circumstance where we need to gamble. Taking risks, like siding with Ukraine in a war with Russia, is a risk without clear benefit to Americans. Any clear-eyed assessment of Russia’s position should conclude that Ukraine — if by proximity alone — is much more vital to Russia’s security than it is to America’s. (RELATED: The Presidency Of Ukraine’s Head Of State Volodymyr Zelensky Mirrors Trump In Some Pretty Striking Ways)

The military aid sent to Ukraine by the U.S. is ostensibly supposed to shift the burden of power, but as even the casual observer of the past few decades of American foreign policy can attest, the outcomes of Washington’s international campaigns rarely match the promises. And military aid to Ukraine comes with a flashing warning sign that Americans should heed.

Ukraine is a mediocre military power; no amount of aid from the U.S. is going to change that and allow Ukraine to miraculously triumph over Russia. Instead, the aid unnaturally binds the U.S. to Ukraine’s interests — that’s why Kyiv is so intent on receiving U.S. Javelin missiles, even though it’s an exporter of anti-tank munitions. One could hardly blame Ukraine for wanting to make the U.S. ever more responsible for its security, but what’s in it for America? And because of Russia’s interests in the region, a situation like this conjures up flashbacks of the Cold War, when two nuclear-armed countries were on the brink of doing something no sane person is advocating for. At a time when critical restraining treaties like New START are expiring, it would be wise for Washington to cooperate more with Moscow, rather than antagonize it. 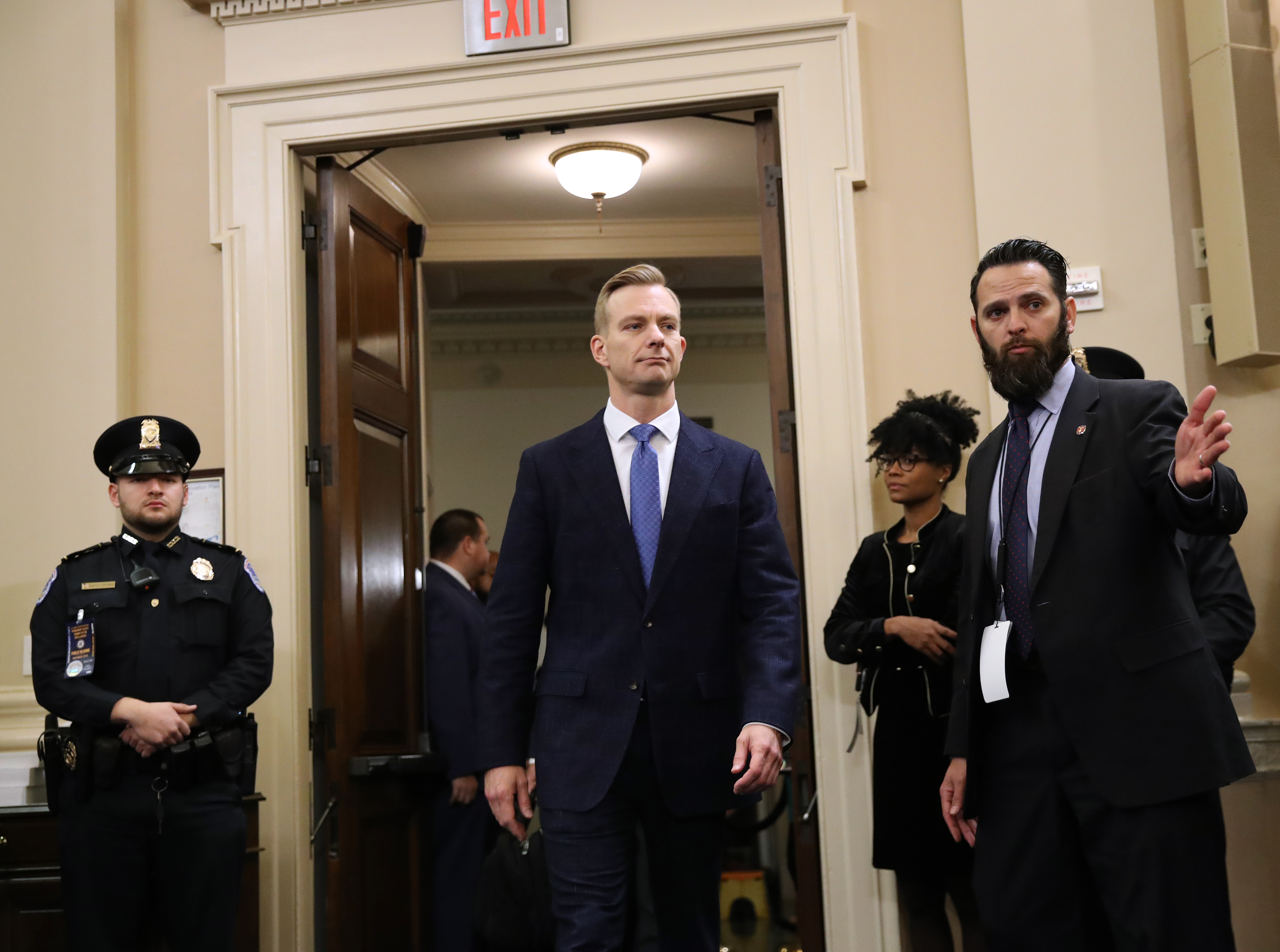 David Holmes, an official from the American embassy in Ukraine, testify before the House Intelligence Committee in the Longworth House Office Building on Capitol Hill Nov. 21, 2019 in Washington, D.C. (Photo by Drew Angerer/Getty Images)

Besides, sending lethal aid harms not only U.S. interests, but also efforts at bringing peace for the Ukrainian people. This may seem counterintuitive as Kyiv has welcomed the aid, but providing additional arms to Ukraine risks prolonging the crisis and violence and suffering.

Ukrainian President Volodymyr Zelensky campaigned on a promise of seeking an end to the conflict with Russia and reaching a settlement with Moscow. The conflict has been deadly, and working toward its end is an admirable goal — Zelensky is poised to take steps at a summit in France on Dec. 9 where he will meet Russian President Vladimir Putin for the first time. U.S.-Ukraine policy should encourage this diplomatic resolution, rather than providing false hope via lethal weaponry. Beyond the current conflict, much like Finland during the Cold War, Ukraine can pursue the path of being a neutral country that sides with neither the West nor Moscow. (RELATED: Ukraine Envoy Blasts ‘Concerted Effort’ By Ukrainians And Trump Allies To Take Her Down)

Rather than proceed on autopilot, U.S. military aid should be carefully considered, evaluated, and guided by advancing U.S. interests. Considerable resources are being spent exploring so many nooks and crannies surrounding impeachment — regardless of how one assesses these proceedings, everyone should hope our representatives will put at least this much energy into questioning the wisdom of sending military aid to far-flung corners of the world in the first place.