A two-day siege between cartel gunmen and Mexican security forces near the Texas border left at least 20 people dead over the weekend, in the latest instance of deadly violence in the border region.

A caravan of gunmen in pickup trucks launched a military-style attack on Saturday in the northern Mexican town of Villa Unión, less than 50 miles away from Eagle Pass, Texas, Mexican government officials said. The gunmen shot at government municipal offices and other buildings, and footage from the attack showed smoke rising from the city amid the hour-long firefight.

Aided by helicopters, Mexican security forces chased down and killed the remaining gunmen on Sunday.

Altogether, at least 20 were left dead after the two-day battle. Miguel Angel Riquelme — the governor of the state of Coahuila — said Sunday that 14 cartel gunmen, four police officers, and two civilians who were abducted by the gunmen were ultimately killed, according to the Associated Press. 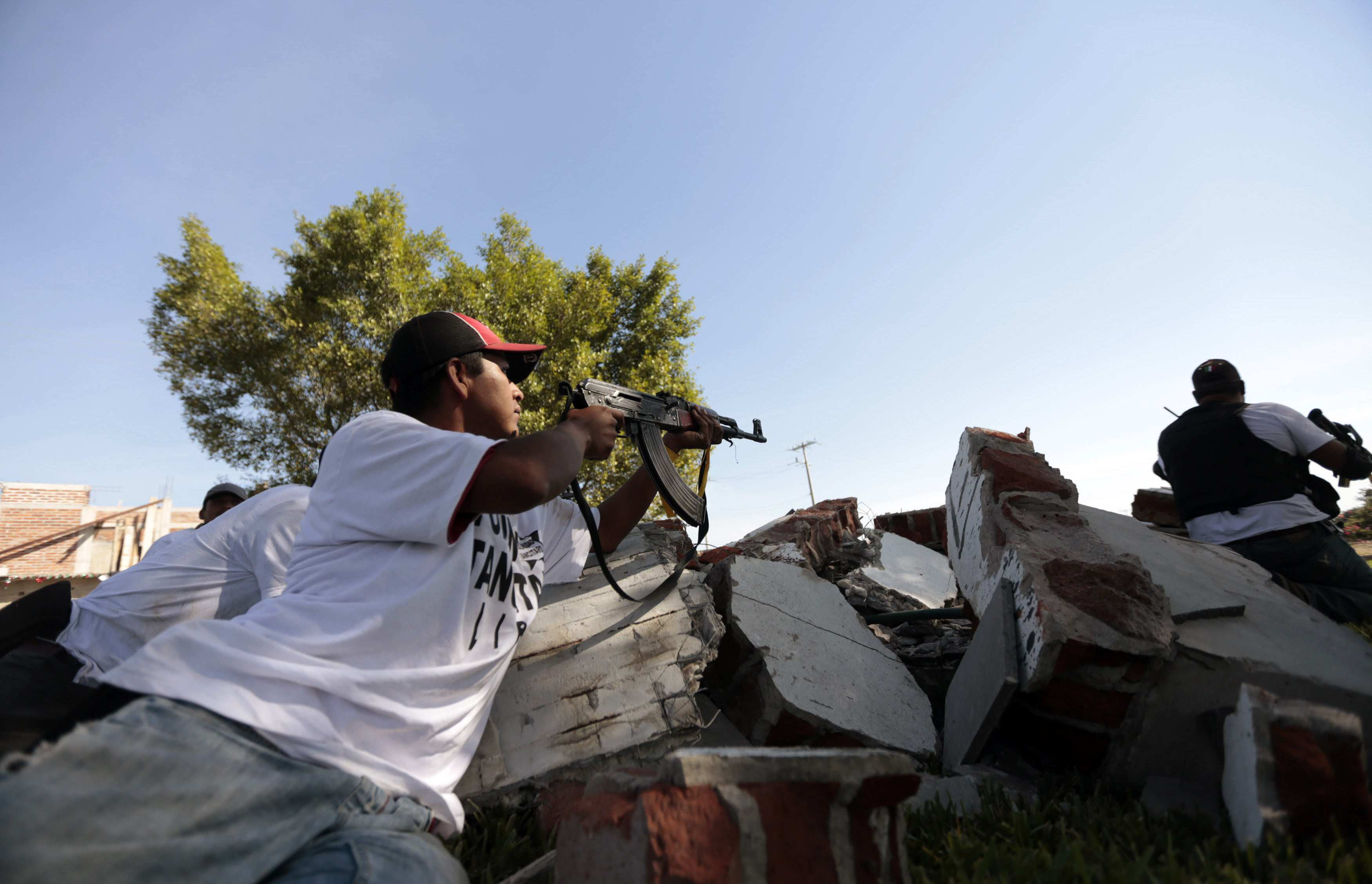 A vigilante member of the community police aims his weapon after entering the village of Paracuaro in Michoacan state, January 4, 2014. REUTERS/Jorge Dan Lopez

It’s still not entirely clear why the gunmen ambushed Villa Unión. While it’s typical for cartels to attack rival gangs, there’s no evidence yet that another cartel had even been targeted in the town. Bullet-ridden trucks that were abandoned were emblazoned with the letters “C.D.N.” – the Spanish initials for the Northeast Cartel.

In a humiliating defeat for President Andrés Manuel López Obrador, Mexican security forces were forced to surrender Ovidio Guzmán López, the son of Mexican drug lord El Chapo, during a firefight in October with the Sinaloa Cartel. The gunmen were able to outnumber and overwhelm government forces, prompting them to release Guzmán López just hours after apprehending him.

A few weeks after that attack, a U.S.-Mexican family was ambushed by cartel gunmen near the southern border. The family — which belongs to a Mormon fundamentalist group that has lived in Mexico for years — was driving near the U.S.-Mexico border in November when they were suddenly attacked. The attack left nine family members dead and forced others to seek refuge in a nearby town. Of the nine who were killed, six were children and three were women.

López Obrador is expected to meet with the family members of the victims to update them on the search for their killers.

President Donald Trump announced in a radio interview that he is working to designate Mexican drug cartels as foreign terrorist organizations, a move that would give the U.S. government a range of greater authorities to combat their operations. Such efforts could help quell rising violence in the county. (RELATED: Following Massacre In Mexico, GOP Congressman Urges Drug Cartels Be Labeled As Terrorist Organizations)

More than 250,000 people have been killed from cartel-related violence since 2006, according to estimates by the Mexican government. Another 40,000 people remain missing. López Obrador entered office in late 2018 under the pledge to change how the Mexican government approaches gang activity. Namely, he has focused less on battling cartels and more on reducing the poverty that he believes contributes to it, a policy known as “abrazos, no balazos,” or hugs, not bullets.

However, many are beginning to question whether this policy is working. The homicide rate in the country has risen to historically high levels, climbing 2% within the first 10 months of López Obrador’s administration. Government officials say there have been 29,414 homicides in the country in 2019 so far, which is higher than the 28,869 homicides seen during the same time last year.

Despite the Mexican government’s inability to stop cartel violence, its leaders stand adamantly against U.S. intervention, judging the issue as one of national sovereignty.