Speaker of the House Nancy Pelosi on Monday said she refuses to speak poorly about President Donald Trump while traveling abroad after being asked about impeachment in Spain.

Pelosi, who is leading a congressional delegation on climate issues in Madrid, Spain, took questions at a press conference Monday and was first asked about the Democrats’ impeachment inquiry into Trump. “When we travel abroad, we don’t talk about the president in a negative way. We save that for home,” Pelosi said.

Just one day before, The White House told House Democrats that they will not take part in the House Judiciary Committee’s first impeachment hearing, after being invited by House Judiciary Chairman Jerry Nadler.

The news comes after Nadler asked Trump on Friday if he would be sending his lawyers to the impeachment hearing scheduled for Dec. 4. Nadler also asked Republicans on the House Judiciary Committee what witnesses they plan to ask permission to subpoena for the hearings in letters sent to Trump, the Associated Press reported. 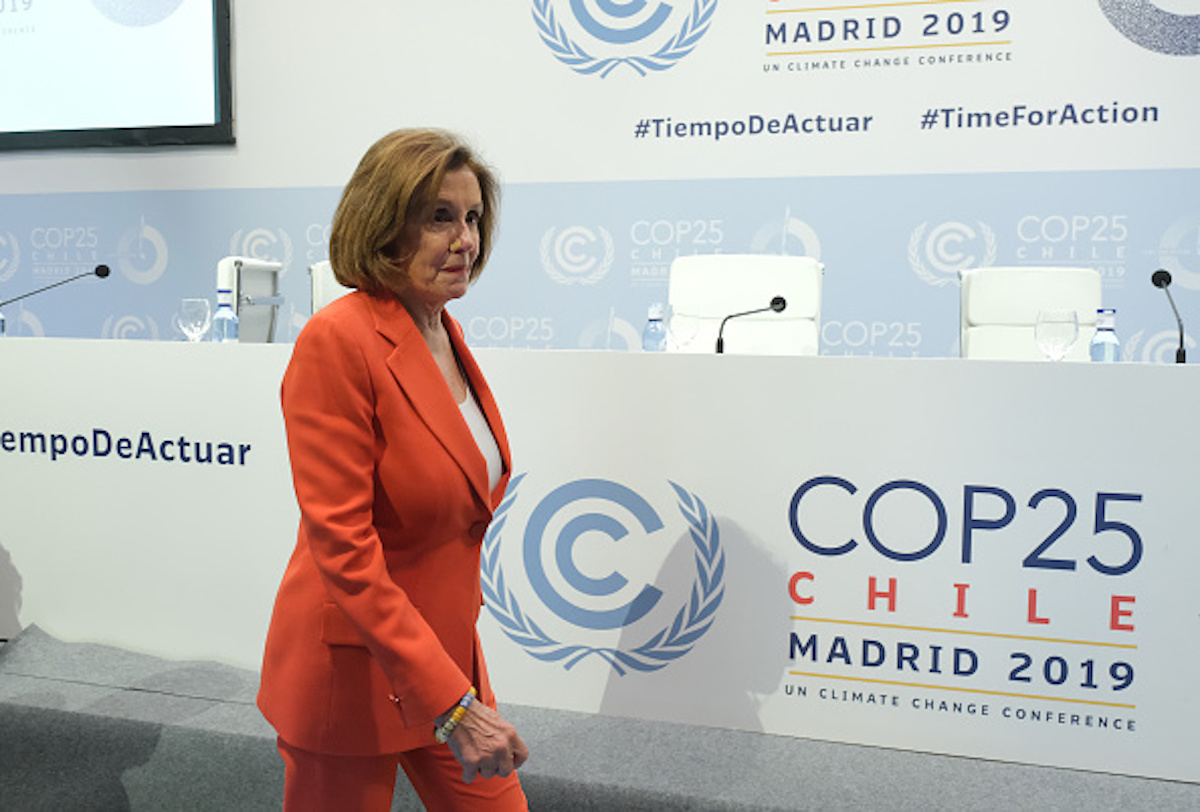 House Speaker Nancy Pelosi departs after speaking to the media with a U.S. Congressional delegation at the opening day of the UNFCCC COP25 climate conference on December 2, 2019 in Madrid, Spain. (Photo by Sean Gallup/Getty Images)