Attorney General William Barr disagrees with a key conclusion from the Justice Department inspector general’s investigation regarding the origins of the Trump-Russia probe, according to a new report.

The Washington Post, citing anonymous sources familiar with the matter, reports that Barr has told associates that he does not believe that the FBI had enough information to justify opening a counterintelligence investigation into Trump campaign associates in July 2016.

Michael Horowitz, the inspector general, reportedly determined that the bureau had a solid legal basis to launch the investigation, which initially focused on four Trump campaign associates.

Peter Strzok, the former FBI counterintelligence official who was fired last year over anti-Trump text messages, opened the investigation on July 31, 2016 after the FBI received information from the Australian government regarding an Australian diplomat’s May 10, 2016 meeting with George Papadopoulos, a Trump campaign adviser.

The counterintelligence investigation initially looked at whether Papadopoulos and three other Trump campaign advisers — Carter Page, Michael Flynn, and Paul Manafort — were conspiring with Russia to influence the 2016 election. 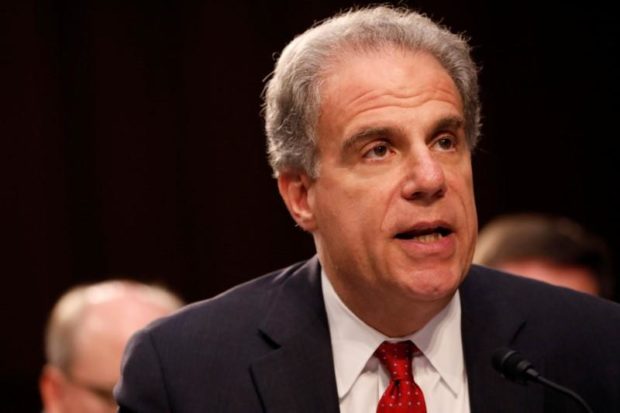 Former FBI officials who took part in the investigation have defended the decision to open the probe. But the special counsel’s team was unable to establish evidence of any conspiracy between Russia and members of the Trump campaign. There was also no evidence that the Trump associates acted as Russian agents, according to the special counsel’s report.

Any disagreement regarding Horowitz’s conclusions is sure to renew allegations that Barr is acting in a partisan manner to support President Donald Trump. Democrats and liberal media pundits criticized Barr’s handling of the release of the special counsel’s report. Barr has also faced criticism for tapping U.S. attorney John Durham to lead an investigation of his own into the origins of the Russia investigation. Barr told lawmakers on April 10 that he believed that “spying” occurred against the Trump campaign.

Horowitz is expected to release his report next Monday. He will testify before the Senate Judiciary Committee two days later.

According to reports last week, Horowitz will fault FBI officials’ sloppiness in their handling of applications for Foreign Intelligence Surveillance Act (FISA) warrants against Carter Page. The bureau relied on the infamous and unverified Steele dossier in applications for the warrants.

Horowitz will also reportedly say that the FBI provided sufficient evidence to support the FISA warrants against Page.

Justice Department spokeswoman Kerri Kupec cautioned against people drawing premature conclusions Monday night stating, “The Inspector General’s investigation is a credit to the Department of Justice. His excellent work has uncovered significant information that the American people will soon be able to read for themselves. Rather than speculating, people should read the report for themselves next week, watch the Inspector General’s testimony before the Senate Judiciary Committee, and draw their own conclusions about these important matters.”