Brad Pitt opened up about his past “mistakes” and drinking struggles, sharing that he’s only starting to realize that it’s the act of forgiving oneself that has lead him to a new place in his life.

“I’m realizing as a real act of forgiveness for myself for all the choices that I’ve made that I’m not proud of, that I value those missteps, because they led to some wisdom, which led to something else,” the 55-year-old actor shared with Anthony Hopkins for a piece in Interview magazine published Monday. (RELATED: Report: Angelina Jolie Given Ultimatum Regarding Custody Of Her And Brad Pitt’s Kids)

“You can’t have one without the other,” he added.  “I see it as something I’m just now getting my arms around at this time in my life.” (RELATED: BRAD PITT’S DIVORCE IS GETTING DOWNRIGHT NASTY. THE ALLEGATIONS AGAINST HIM ARE HORRIBLE) 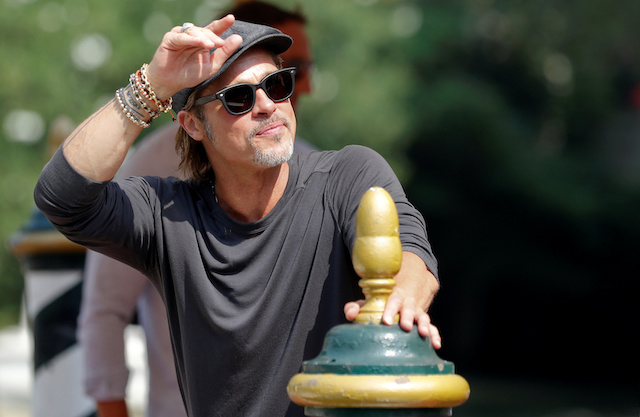 Hopkins agreed and said that those past struggles he went through with drinking and “all that” were a “blessing” even though it was “painful.”

“I look at it, and I think, ‘What a great blessing that was, because it was painful,'” the “Hannibal” star explained. “I did some bad things, but it was all for a reason, in a way. … It’s like there’s an inner voice that says, ‘It’s over. Done. Move on.'”

“I just saw it as a disservice to myself, as an escape,” the “Legends of the Fall” star replied.

The two then agreed that there’s beauty in  embracing those past mistakes.

“I agree,” Pitt replied. “I’m seeing that these days. I think we’re living in a time where we’re extremely judgmental and quick to treat people as disposable. We’ve always placed great importance on the mistake. But the next move, what you do after the mistake, is what really defines a person.”

“We’re all going to make mistakes,” he added. “But what is that next step? We don’t, as a culture, seem to stick around to see what that person’s next step is. And that’s the part I find so much more invigorating and interesting.”