.@JustinTrudeau, @EmmanuelMacron, @BorisJohnson and other VIPs shared a few words at a Buckingham Palace reception Tuesday. No one mentions @realDonaldTrump by name, but they seem to be discussing his lengthy impromptu press conferences from earlier in the day. (Video: Host Pool) pic.twitter.com/dVgj48rpOP

“Is that why you were late?” a smiling British Prime Minster Boris Johnson appeared to ask.

“He was late because he takes 40 minute press conference off the top,” Trudeau said. “Oh ya ya ya, he announced …”

At which point French President Emmanuel Macron said something which couldn’t be heard by the video.

The 25-second clip ended with some unintelligible dialogue. 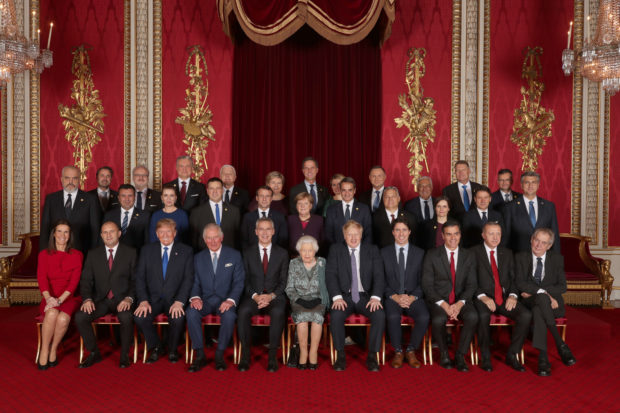 The relationship between the liberal Trudeau and conservative American president has often been marked by Trump pressing Canada on both trade deals and, as occurred at Tuesday’s summit, paying its share for NATO defense.

Trudeau responded by insisting his government has made “significant investments” in air and naval defense and is “increasing significantly” its defense spending from prior cuts.