President Donald Trump has been largely successful in pursuing his policy goals, securing tax reform and cutting immigration at the border, but his biggest failures have been the people he’s appointed to serve in his administration, some of whom have caused ongoing problems for the president.

Trump’s staffing blunders began in his 2016 presidential campaign and have carried through to harm his presidency. His appointments have lead to controversies over firings and resignations, resulting in a revolving-door, reality-T.V. reputation for the administration. (RELATED: Where Are They Now? What All Of Trump’s Fired And Resigned Staff Are Up To)

Here are the biggest staffing mistakes Trump has made as president.

Trump selected Manafort as his campaign chairman and chief strategist on May 19, 2016, with then-campaign manager Corey Lewandowski saying he’d actually had “operational control” of the campaign since April 7.

Manafort turned out to be a disastrous appointment for Trump as his previous connections with Russia heightened suspicion surrounding the investigation into 2016 election meddling. His history lead him to lie to the FBI about meetings with Russians during Trump’s campaign, though it was never established that those lies or meetings were directly in service to Trump.

Manafort was eventually convicted of fraud and tax evasion and imprisoned in March 2019. (RELATED: Paul Manafort Could Be Headed To Rikers Island)

“I just want to tell you that his lawyer went out of his way, actually, to make a statement last night, no collusion with Russia. There was absolutely none,” Trump said after Manafort’s sentencing. “The judge, I mean, for whatever reason, I was very honored by it, also made the statement that this had nothing to do with collusion with Russia.”

Although his charges were unrelated to the Trump campaign, Democrats and many in the media saw the campaign’s willingness to hire a fraud as an implication that its dealings weren’t above board. 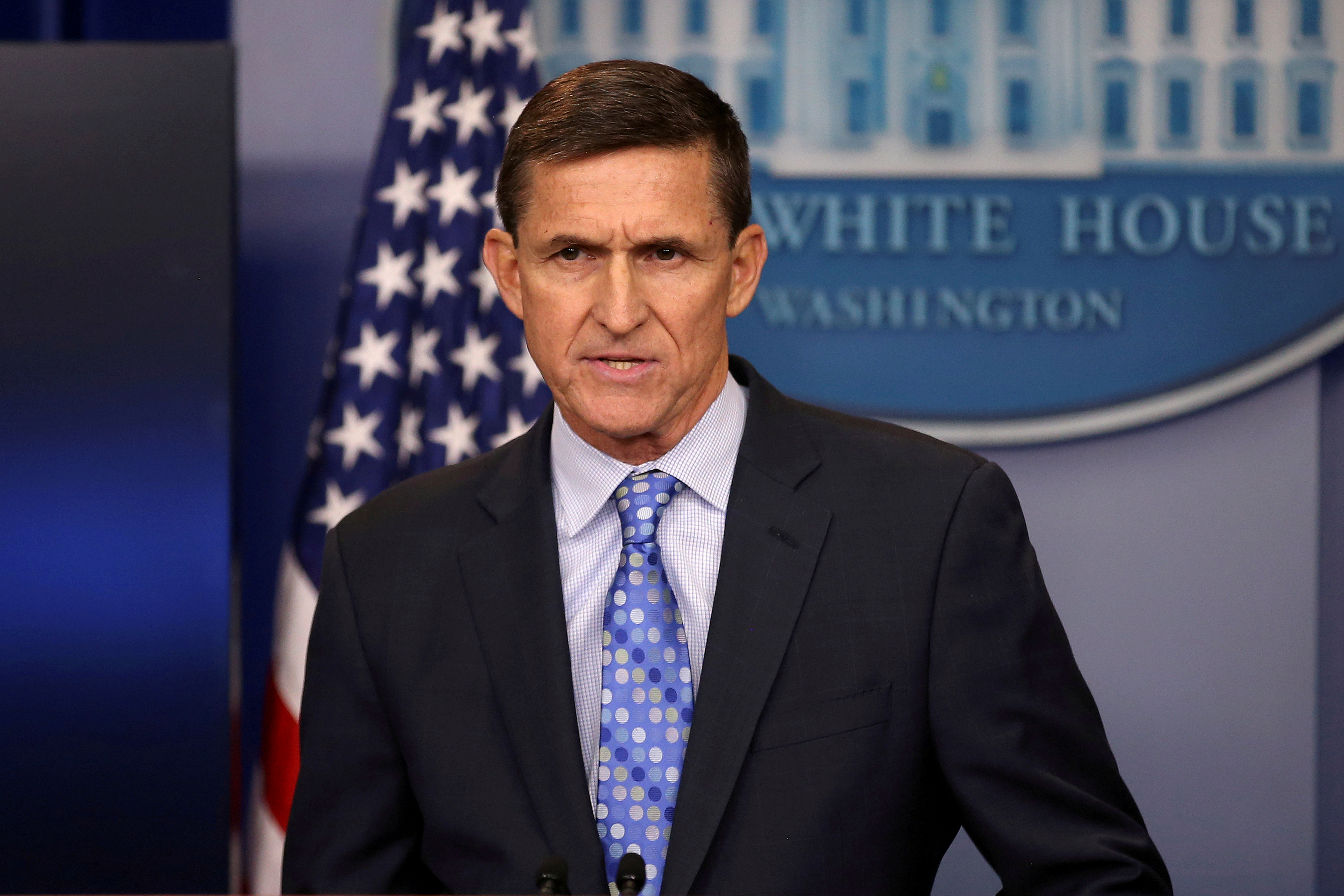 President Trump appointed Flynn to be National Security Adviser on November 18, 2016, a position he would hold for just 24 days.

Flynn repeatedly lobbied the president on behalf of Turkey, according to Politifact, and pleaded guilty to lying to the FBI about his meetings with Russian diplomat Sergey Kislyak in 2017. His plea deal saw him cooperate extensively with Special Counsel Robert Mueller’s Russia investigation.

When Mueller released his report in April 2019, it revealed that the FBI had been investigating Flynn’s connections to the Russian government prior to his 2016 meeting with Kislyak, meaning it was likely also unrelated to the Trump campaign.

Trump denied knowing of Flynn’s dealings with Russia and Turkey when he hired him.

It now seems the General Flynn was under investigation long before was common knowledge. It would have been impossible for me to know this but, if that was the case, and with me being one of two people who would become president, why was I not told so that I could make a change?

President Barack Obama, however, urged Trump not to hire Flynn two days after the 2016 election, according to Politico. It’s unclear whether Obama mentioned any of Flynn’s foreign connections during the meeting.

Nevertheless, Flynn’s conviction gave Democrats another example of a member of Trump’s administration engaging in criminal activity, though his charges did not directly relate to the 2016 presidential campaign. 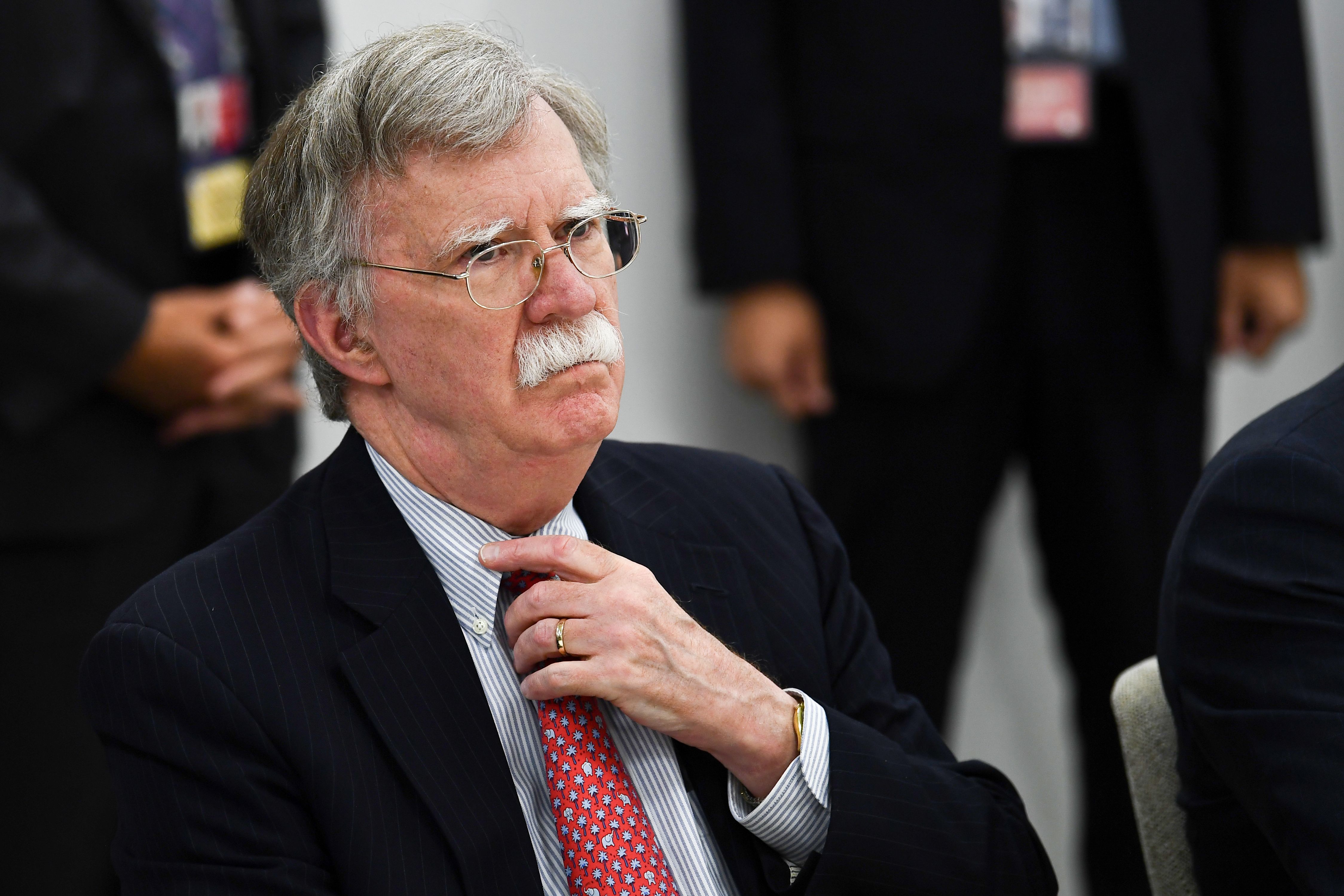 Trump asked for Bolton’s resignation in September, saying that he and many others in the administration “disagreed strongly with many of his suggestions.”

Since his resignation, Bolton accused the White House of locking him out of his twitter account for roughly two months. Bolton has expressed willingness to testify before Congress in its impeachment hearings, and what he has to say could be damaging to the president.

Furthermore, the hostility between the president and Bolton during his resignation could lead him to go out of his way to attack the president.

Fiona Hill, a former Bolton aide, testified to Congress that he had been concerned by the administration’s efforts to get Ukraine to announce political investigations, according to CNBC.

After he heard of the efforts Bolton told Hill to “go to the [National Security Council] lawyers, to John Eisenberg to basically say, ‘Ambassador Bolton is not part of whatever drug deal Sondland and Mulvaney were cooking up,'” Hill testified.

Papadopoulos served as a little-known adviser to the Trump campaign during the 2016 presidential race, and was the first Trump associate to plead guilty to lying to the FBI about his dealings with Russian nationals, cascading the investigation into Flynn and Manafort. (RELATED: George Papadopoulos Officially Announces Run For Rep. Katie Hill’s Vacated House Seat)

While Papadopoulos was the catalyst for Mueller’s Russia collusion investigation, he was not the smoking gun the special counsel expected, according to the Daily Caller News Foundation.

Unlike other Trump associates in the Russia investigation, Papadopoulos asked for Democrats to invite him to testify before Congress, saying he could illuminate suspicious dealings he’d had with foreign nationals during the campaign.

Papadopoulos served just 14 days in prison and was released December 7, 2018, at which point he began 12 months supervised probation, paid a $9,500 fine, and was ordered to complete 200 hours of community service.

Bannon joined the Trump campaign early on in the 2016 election, using his position at Breitbart to support the president. His time at the White House, however, was short-lived.

In the early days of the Trump administration, the media painted Bannon as the brains behind the Trump presidency. After he left the administration, however, he was removed from Breitbart and supported Republican Roy Moore’s disastrous Senate campaign, fraught with accusations of pedophilia, in 2018.

Bannon’s role at Breitbart also served to link Trump’s administration to far-right groups it may have otherwise avoided. He told the left-wing Mother Jones that Brietbart was “a platform for the alt-right” in 2016, giving Democrats an opportunity to deride Trump’s immigration policies as white nationalism.

Trump’s revolving door cabinet continues to spin, however, with six of his current members being appointed in 2019.