SoundCloud built his base, but death crowned Jahseh Onfroy.

Friday saw the release of Bad Vibes Forever, the second and final posthumous album from the controversial rapper known as XXXTENTACION. 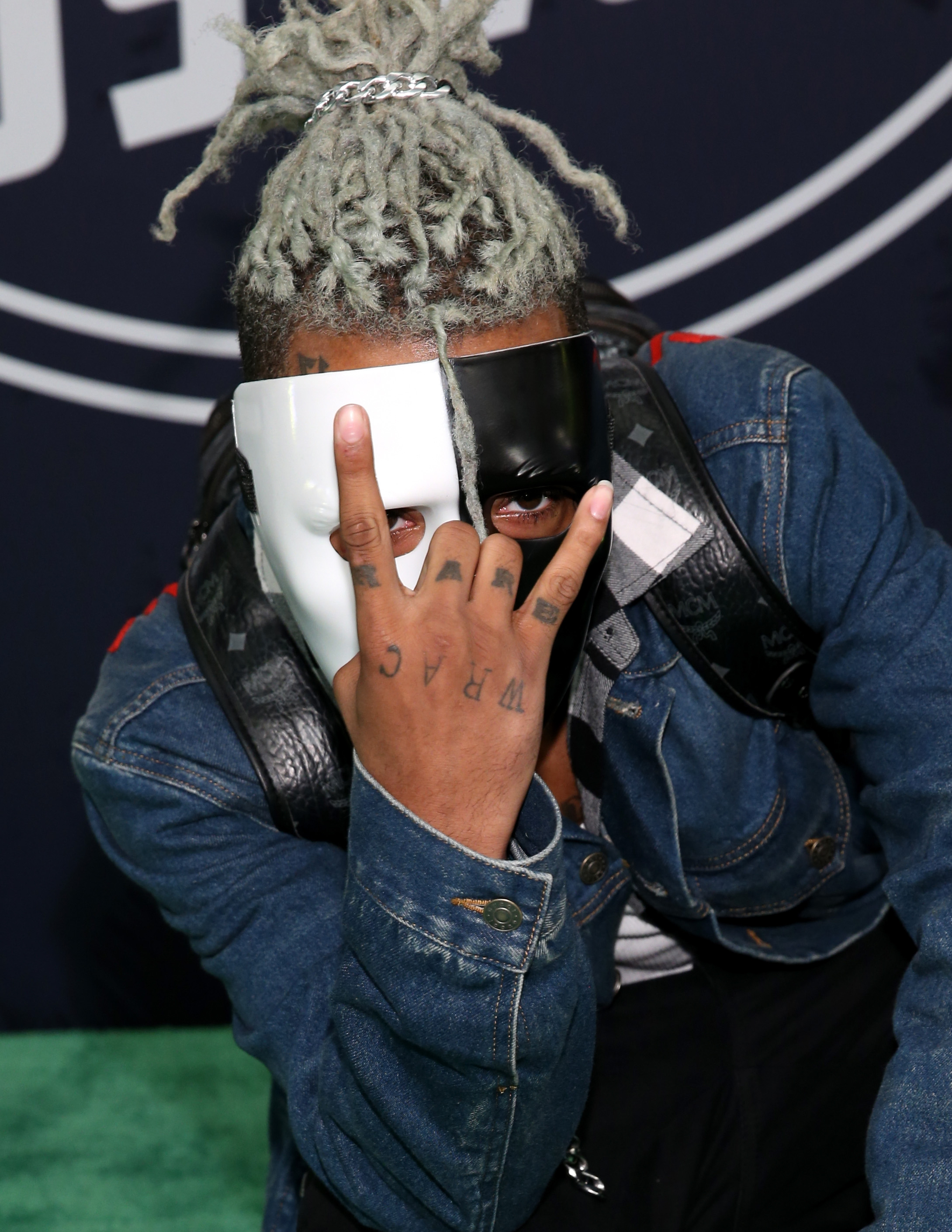 The seminal work reaffirms X’s beyond-the-grave status as the preeminent figure on the Emo Rap scene while continuing to push the bounds of the genre-less artist.

Like Jesus Is King, Kanye West’s recent gospel offering, Vibes doesn’t sound like the prototypical hip hop record because, in no uncertain terms, it isn’t. Instead of radio-friendly, bass-centric instrumentals, X’s melodic crooning is accompanied by plucky acoustic guitars on most of the tracks, though the album’s middle third features enough trap-inspired trunk thumpers to satisfy the thirstiest of beat heads. (RELATED: Kanye West’s ‘Jesus Is King’ Hits Number 1 On Billboard Top 200 Chart)

Fans won’t be shocked to find X exploring familiar territory. Vibes puts depression, heartbreak and addiction on full display, but the album strays away from the topic that elevated him from cult figure to a household name: racial politics. Back in 2017, the same year hip hop mag XXL put him on the 10th anniversary cover of its annual “Freshman Class” issue, his music video for “Look at Me!” made national headlines after it featured the rapper lynching a white child. Yet in 2019, the entirety of X’s politicking takes place on the fifth track, “School Shooters,” with featured Lil Wayne doing most of the heavy lifting.

Naturally, the lack of political subject matter could be chocked up to XXXTENTACION’s 2018 murder, a fact duly noted by casual listeners savaging the release of both posthumous albums as blatant money grabs by his mother, Cleopatra Bernard. They aren’t actual albums, just dumps of unreleased material, hastily taped together with a packed roster of all-star features.

Still, Vibe’s strength lies in that very weakness. In the lead up to its release, Bernard confirmed that this is the end. X only dropped two solo LPs prior to his death, and this album includes the entire remainder of his recorded material. His estate won’t take a page out of Tupac’s book — releasing limited EPs until the end of time — despite the obvious parallels between X and the Thug’s Life.

The final product’s less than perfect status therefore shouldn’t be viewed as a negligent afterthought, but rather a raw embodiment of the artist’s own sordid past.

Outside the booth, X’s legacy is characterized by violence. He fought at concerts, was arrested for multiple crimes — including armed robbery — and, perhaps most damning, was involved in a public domestic abuse suit which wasn’t settled until after his death.

DECEMBER 15: In this handout provided by the Miami Dade County Corrections, Rapper XXXTentacion, also known as Jahseh Dwayne Onfroy poses for his mugshot after being charged with seven new felonies stemming from a 2016 domestic violence case on December 15, 2017 in Miami, Florida. The new charges are for witness tampering and harassment. (Photo by Miami Dade County Corrections via Getty Images)

Despite the bad press, X’s music is undeniably infectious. His style encapsulates the feelings of a disaffected generation. It’s the same kids who idolize current scene queen and Gen Z star Billie Eilish that he is speaking to: an army of sad bois and gals, disconnected from their local communities and searching for meaning on the internet.

Discussing the “impact” X had on her own career, Eillish described him as a “beam of light” and the most “selfless” person she had ever met.

Back in August, she recounted when she “found him on SoundCloud.”

“I had no idea who he was or anything about his backstory at all. I barely knew what he looked like. I just messed with what he was creating because it wasn’t something I had heard before,” she told XXL. “It was a mix between, you know, all types of shit.”

“That was without me having any knowledge of anything in his life: who he was, who he knew, anything at all… if you just vibe with a person without seeing their Instagram or knowing who they are or whatever, that’s like the most raw I think you can get. I don’t know, I think it’s still popular because he was a complete tortured genius.”

The different “types of shit” Eilish described is on full display in Vibes. The second-single, “HEARTEATER,” could easily be confused for a Hall & Oates-y 80’s ballad. “Daemons,” featuring Brooklyn-raised MC Joey Bada$$, is a piano-backed jazzy commentary on mental health. For the first half of “THE ONLY TIME I FEEL ALIVE,” X and Craig Xen trade some of the hottest mumble rap bars of the year before a complete tonal shift takes over the back half.

It’s oddly fitting that the album’s closing track features pop-punk icons blink-182. Blink was the unofficial anti-music establishment outfit of the late 90s and early aughts, and “IT’S ALL FADING TO BLACK” is a blatant passing along of that mantle.

1
'Lost The Credibility': WHO Faces Mounting Backlash For Aiding China's Coronavirus Cover Up
World
2
Was The Stockpile Shortage Under Obama A Result Of The Tea Party? Not So Fast
Media
3
Fire At Florida Airport Destroys 3,500 Cars
US
4
REPORT: More Than 40,000 People Have Arrived In The US From China Since Trump Restricted Travel
World
5
Dana Perino Floats '2nd Task Force' To Focus On Reopening Economy, And It Appears Trump Likes The Idea
Media