“@PressSec appeared on Fox this afternoon after House unveiled two articles of impeachment. Grisham said POTUS is ‘not relieved, but we did expect this.'”

George Conway puts another dent in his marriage

Lefty Esquire writer Charles Pierce got hit by a car

Early this morning on Twitter, he announced, “So here’s the thing. I got hit by a car.”

He explained, “I am extremely lucky. I have stitches in my head — and probably a concussion — and a compression fracture in my lower back without any neurological damage but which is requiring loverly pain meds. Thanks for all good wishes. I’ll be around here and the shebeen will reopen soon.”

MOOD: “One of my favorite media tics right now is how often they say ‘President Donald J. Trump’ when talking about the impeachment process. The added middle initial to give everything some extra air of gravitas is so corny.” — David Rutz, senior writer, Washington Free Beacon.

We All Make Mistakes

“I’m about to go full Karen on @McDonalds because I just placed a mobile order & walked 10 m in the rain only to be told the restaurant doesn’t have the item I ordered. The additional slap in the face is I was already charged for the order via the app and haven’t been reimbursed!” — Amber Athey, White House reporter, The Daily Caller.

My grandmother passed away yesterday. I brought Chris to see her a little while back. She was 94 and watched the debates avidly to see her grandson. Rest In Peace grandma. ????❤️ pic.twitter.com/zwKhXoVysQ 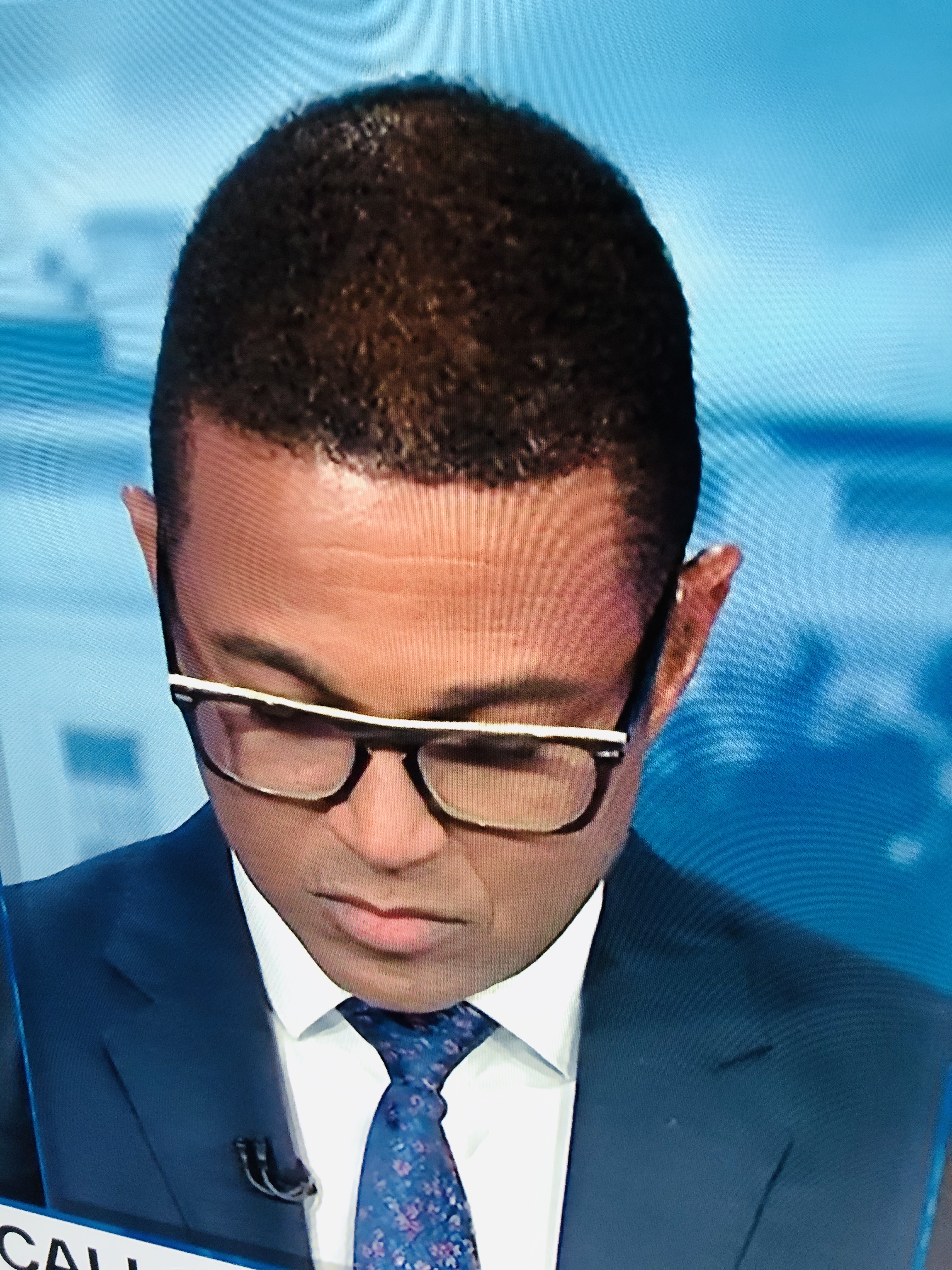 The jury is still out on them, but so far, I love them. They have a certain allure when he puts his head down.

Monday: “Just a pro-tip: If you’re going to leave me a death threat on my voicemail, do it from a blocked number? Some guy left me a death threat from what is clearly his wife’s business phone.” — Jonathan Franks, spokesman for political activist and ex-talk show host Montel Williams. (RELATED: Clinton Campiagn Rejected Montel Williams As Surrogate)

Just after midnight Monday, Franks had a really warm update: “I actually had a nice call with the gentleman involved this morning. He’s a nice guy who had a bad day. We’ve agreed to stay in touch. He’s no threat to anyone. He’s just a guy who let his emotions get the better of him.” (RELATED: Montel Williams Urges Female Writer To Die)

Franks went on to discuss his mind-blowing forgiveness process:

“We are all sinners. Just because he sins differently than you or I doesn’t make us any better. Let’s not pretend there aren’t people on our side who have inappropriate emotional outbursts.”

When someone suggested that “normal people don’t make death threats,” Franks shot back, “Isn’t it for me to decide? I’m a sinner too. I’m clearly guilty of running my mouth on here too, so I’m not going to sit in judgement of a few words from this guy when his actions tell a story of a hardworking father who loves his family.”

It’s fair to say that Franks and I have engaged in battle. He continuously says I’m wasting my talent at The Daily Caller and even once insinuated that I’m a prostitute. I continue to say he is an #asshole. He has yet to explain why his boss pushes payday loans on poor people. Read about our feud written up in Page Six here.

Bill Cosby is not having any luck getting out of prison…. Here.

Washington publicist Kurt Bardella, who has worked for House GOP leadership, has free advice for Dems: “Why doesn’t a Democrat ask Castor: ‘Republicans say Hunter Biden got his position because of his ties to the VP and he should therefore be investigated, so, do you think Ivanka and Jared should also be investigated for their current positions in the @realDonaldTrump ⁦‪WH?”

Elle investigates: Should a woman wear a thong at the gym? The short answer is a HUGE no. If you want to know why or you need incentive to not do this, read here. If the phrase vagina suffocates upsets you, maybe skip this one.

“I’m sitting in my hotel lobby in LA waiting for my Uber eats. A really scruffy guy in all torn clothes walked into the hotel restaurant next to me. I thought he was homeless and was so close to offering to get food. Uh yeah apparently he’s some famous guy with a ton of money.” — Jessica Fletcher, The Daily Wire, previously, The Daily Caller.

“As a native Alabamian, I’m embarrassed that the reps asking the dumbest fucking things and spouting conspiracy theories have deep Southern accents. …And fyi, I still have a bit of an accent, but it’s only detectable to other Southerners. I didn’t intentionally get rid of it–weird subconscious adaptation–and i get it back after two martinis, or a week visiting my family.”

— Elizabeth Spiers, The Insurrection, works in polling for Dems, obviously a #NeverTrumper.

“What kind of guy allows another man to publicly call his wife ugly and also accuse his father of being involved in an assassination, and then spends the next three years kissing that man’s ass? Hey @tedcruz, maybe you can answer that one.” — Jon Cooper, Democratic Coalition.

“Conservative media’s Benedict Arnold has the sads that Bill Hemmer won’t be as partisan as Shep Smith was.” — Curtis Houck, managing editor, NewsBusters.

Darcy wrote, “As Mediaite notes, @BillHemmer lacks the ‘contrarian truth-telling and appeals to journalistic integrity’ that defined the 3 p.m. hour when it was hosted by Shep Smith.”

Note: I reached out to Darcy about Houck’s nickname for him. He had no response by Mirror press time. Have a tip for The Mirror? Send it to me at Betsy@DailyCaller.com. All submissions will be anonymous unless otherwise negotiated.

Darcy was previously the politics editor for Business Insider and deputy managing editor for TheBlaze, which is honchoed by Glenn Beck.