The Supreme Court seemed to agree Tuesday with arguments that Congress must pay out some $12 billion to health insurance companies as part of a program meant to mitigate risks caused by the Affordable Care Act (ACA).

The companies hope to collect those funds pursuant to a provision of the ACA that says the government “shall pay” insurers who incurred losses on the Obamacare exchanges. Despite that promise, Congress has not appropriated funds to compensate insurers.

“This case involves a massive government bait-and-switch and the fundamental question of whether the government has to keep its word after its money-mandating promises have induced reliance,” said Paul Clement, who represents the insurance companies before the high court.

Obamacare established “risk corridors” to help health insurers participating in ACA exchanges. Those companies took on previously uninsured clients and people with preexisting conditions, but could not charge higher premiums. The risk corridors set up a system for sharing profits and losses: If costs exceed premiums received, the insurers can collect payments from the government to offset losses. Similarly, if premiums received exceed costs, the insurer must pay a portion of its profits to the government.

For example, in 2016 health insurers paid $25 million into the risk corridors. By contrast, the government owed insurers $3.98 billion. Yet the Trump administration argues Congress is not obligated to make those payments, despite the law’s “shall pay” language.

“HHS was required and empowered to make payments only to the extent Congress appropriated funds to do so — and Congress was free to decide whether and to what extent to fund those subsidies,” the Trump administration told the justices in legal filings.

Justice Brett Kavanaugh seemed to disagree. He said when Congress avoids taking on financial obligations, it uses language like “subject to appropriations,” instead of or alongside “shall pay” clauses.

“Congress knows how to prevent the obligation from taking effect before the future appropriation and, in fact, does so often and did so in the Affordable Care Act,” Kavanaugh told Edwin Kneedler, a government lawyer who argued Tuesday for the administration.

Clement put a finer point on Kavanaugh’s observation later in the argument.

“The ‘subject to appropriations’ language [is]…not just a feature of many other provisions of the Affordable Care Act,” he said. “I asked one of my associates to look at how many times that appears in the U.S. Code. When he gave me 200, I told him he could stop.” (RELATED: Supreme Court Turns Down Novel Arizona Plan To Sue Sackler Family Over Opioid Crisis) 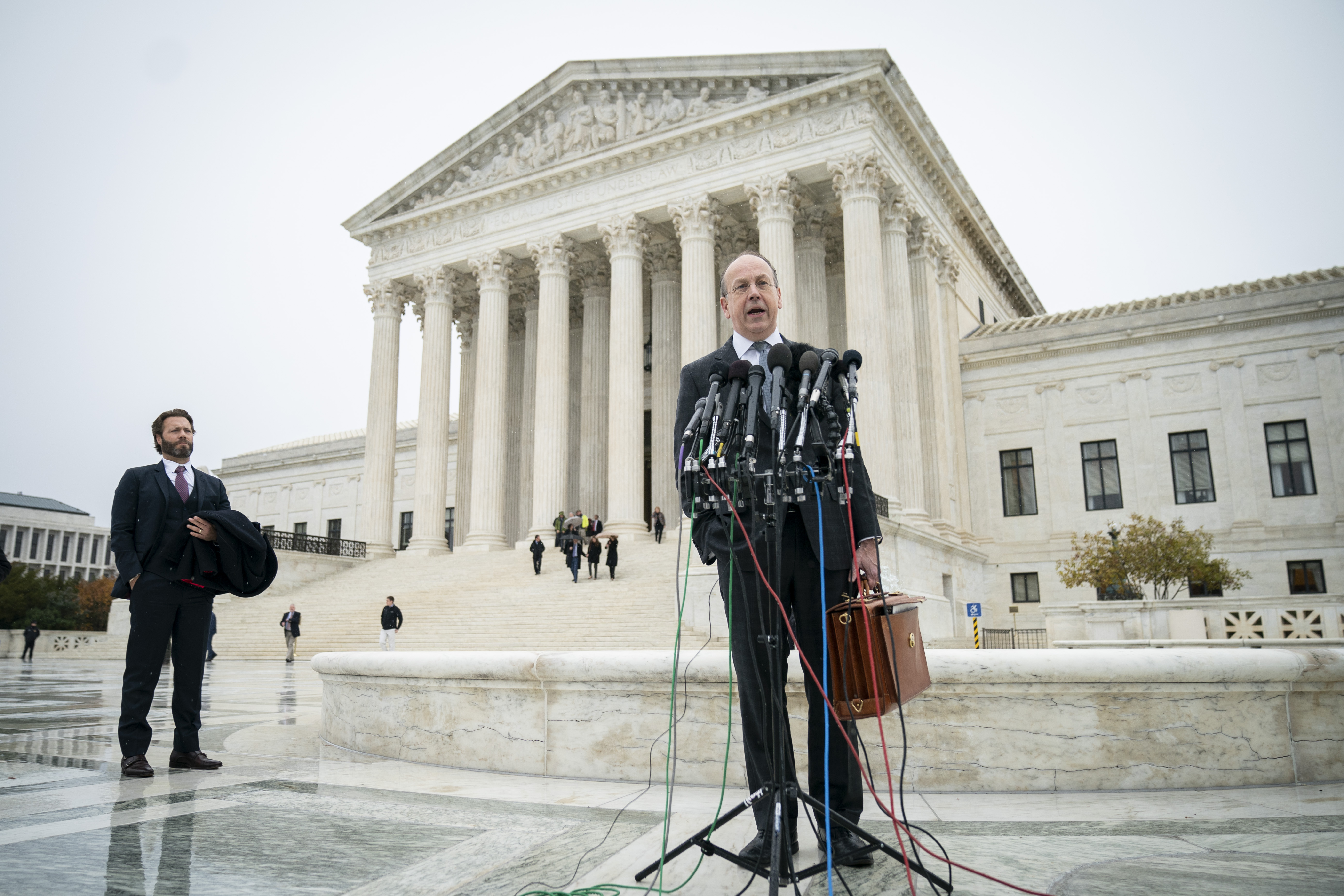 Paul Clement, a lawyer and former U.S. Solicitor General, speaks to the press outside the Supreme Court on December 2, 2019. (Drew Angerer/Getty Images)

Justice Stephen Breyer suggested Tuesday’s issue was an easy one. He compared the dispute to a paradigmatic contract case, in which one person, whose hat is stuck atop a flagpole, agrees to pay another $10 to retrieve the hat.

“Why does the government not have to pay its contracts, just like anybody else?” Breyer asked. Kneedler said the ACA is “very far from a contract.”

Chief Justice John Roberts, whose vote has been decisive to past Obamacare cases, asked probing questions of both sides. First, he asked Clement why the health insurers didn’t press for a guarantee of compensation before participating in the exchanges.

“I would have thought at some point they would have sat down and said, ‘well, why don’t we insist upon an appropriations provision before we put ourselves on the hook for $12 billion?'” Roberts said.

When Kneedler argued for the administration, however, the chief justice seemed skeptical that appropriations alone create federal financial obligations.

Justice Elena Kagan detected an apparent inconsistency in the government’s position. She said the administration reads the “shall pay” language in contradictory ways.

“You pay in, that’s obligatory,” Kagan said. “We commit ourselves to paying out…if we feel like it. What kind of statute is that?”

It seemed that the Trump administration’s only friend in the case was Justice Samuel Alito, who peppered Clement with skepticism. At one point, Alito asked if the Supreme Court has ever required Congress to pay out billions of dollars.

“Has there ever been a case where this Court has, in effect, required Congress to appropriate…billions of dollars for private businesses?” Alito asked.

Justice Neil Gorsuch did not ask questions of either side.