The Merriam-Webster Dictionary announced its word of 2019 to be the non-binary pronoun, “they.”

The dictionary announced in a statement that its word of the year is chosen by data showing which words were searched the most throughout the year. Searches for the meaning of the word “they” increased by 313% during the previous year, the statement said, adding that the non-binary pronoun was added to the dictionary in September. Other top searches included “Quid pro quo,” “Impeach,” “Crawdad,” “egregious,” “clemency,” “the,” “snitty,” “Tergiversation,” “camp,” and “exculpate.”

“English famously lacks a gender-neutral singular pronoun to correspond neatly with singular pronouns like everyone or someone, and as a consequence they has been used for this purpose for over 600 years,” the dictionary said in the statement. (RELATED: 12-Year-Old UK Boy To Begin Transitioning Gender, Taking Hormone Blockers: ‘When Is Someone Going To Chop My Winky Off?’)

“More recently, though, they has also been used to refer to one person whose gender identity is nonbinary, a sense that is increasingly common in published, edited text, as well as social media and in daily personal interactions between English speakers,” the statement continues. “There’s no doubt that its use is established in the English language, which is why it was added to the Merriam-Webster.com dictionary this past September.” 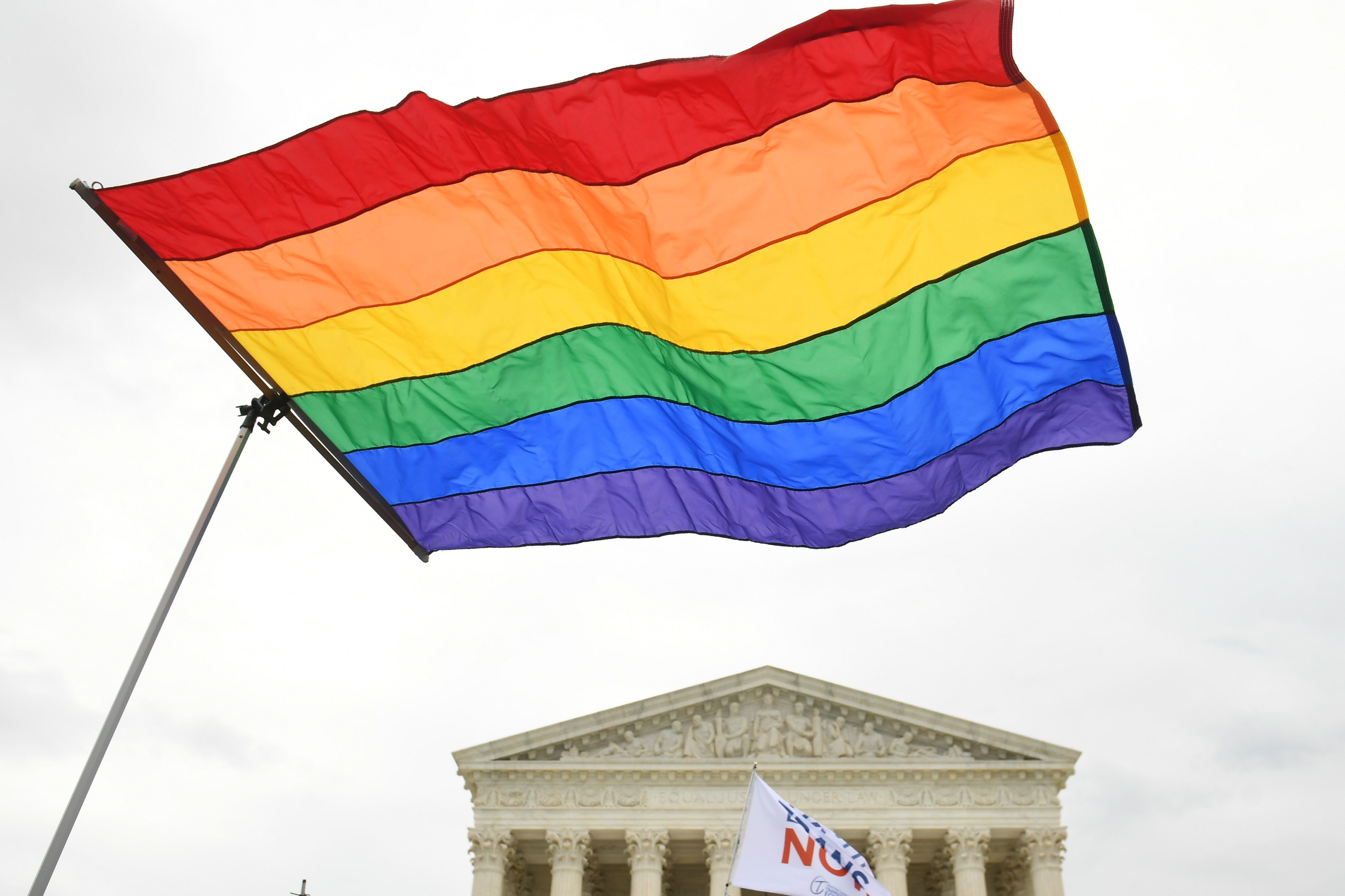 Demonstrators in favour of LGBT rights rally outside the US Supreme Court in Washington, DC, October 8, 2019, as the Court holds oral arguments in three cases dealing with workplace discrimination based on sexual orientation. (Photo by SAUL LOEB / AFP) (Photo by SAUL LOEB/AFP via Getty Images)

Merriam-Webster credited several factors for a rise in searches for “they,” such as singer Sam Smith announcing he would like to be addressed with the pronouns “they,” and “them,” and Democratic Washington Rep. Pramila Jayapal announcing in April her child uses the pronoun “they.”

“Pronouns are among the language’s most commonly used words, and like other common words (think go, do, and have) they tend to be mostly ignored by dictionary users,” Emily Brewster, senior editor at Merriam-Webster, said in a statement to CNN.

“But over the past year or so, as people have increasingly encountered the nonbinary use, we’ve seen searches for ‘they’ grow dramatically,” she added.