Two black shooters killed three civilians and a police officer in Jersey City, New Jersey, Tuesday, authorities said. One of the shooters was male, the other female, and both died during the shootout.

The male shooter, identified by police as 47-year-old David Anderson, allegedly posted anti-Semitic and anti-police rhetoric on social media and once belonged to the Black Hebrew Israelite movement, a group that believes “blacks are the true descendants of biblical Jews,” according to CNN.

Tlaib incorrectly identified the shooters as white supremacists in a tweet she has since deleted. “This is heartbreaking,” she tweeted. “White supremacy kills.” (RELATED: Joy Behar Implies New Jersey Shooters Were ‘White Nationalists’ … There’s Just One Problem) 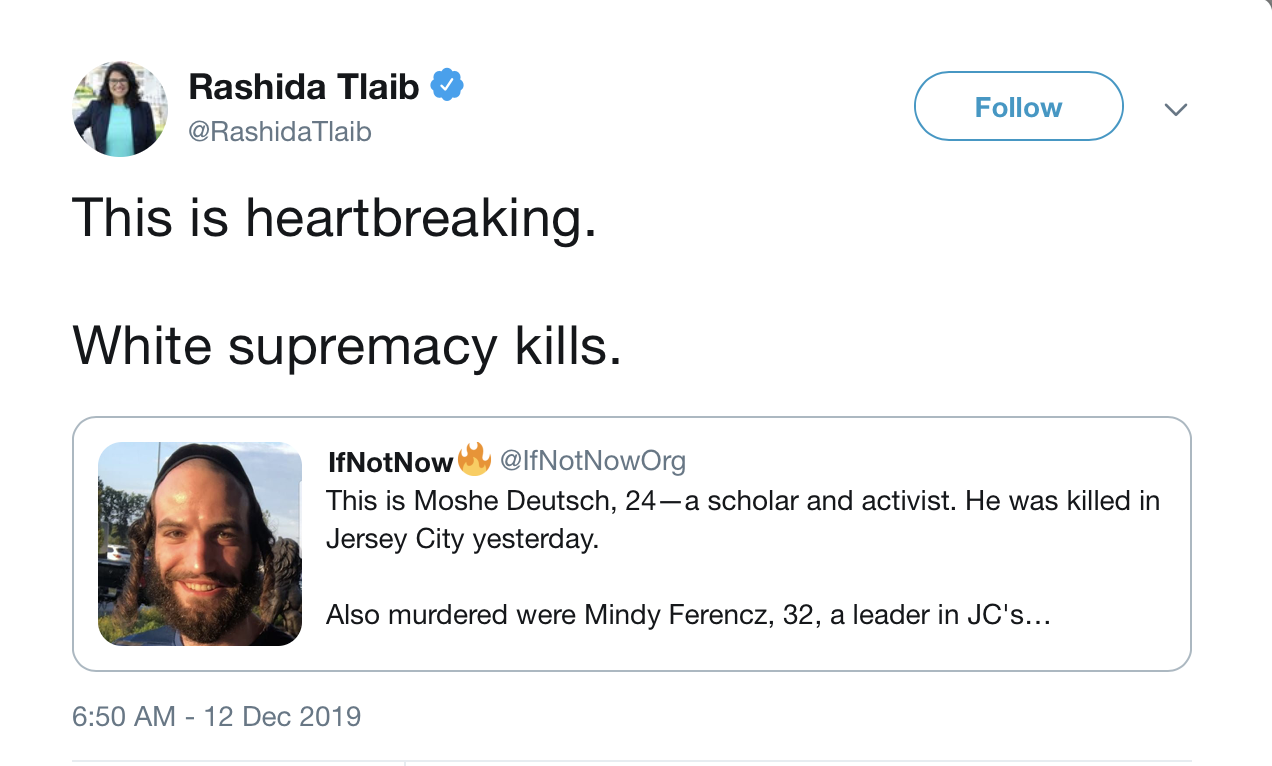 Here is a screenshot of a now-deleted Rashida Tlaib tweet.

Officials are investigating the motive behind the shooting.

Tlaib is not the first to incorrectly portray the shooters as white supremacists. “The View” co-host Joy Behar implied Wednesday during a conversation with former New Jersey Gov. Chris Christie that the shooters were “white nationalists.”

“It’s a really terrible thing, and we need to pray for this detective’s family,” Christie told Behar, referring to the death of Detective Joseph Seals, the officer killed during the shooting. “Those five children lost their dad.”

“Yes,” Behar said. “You will concede that the nationals — these white nationalists have been let out of their holes.”

“Listen,” Christie said. “It’s an awful, divisive time when you are allowing folks to be able to express these kind of views, no matter how they are, no matter what the ethnic, religious bias they have. That’s got no place in this country, never has, and we, all of us who feel that way need to be speaking out against it and drown their voices out.”