Investors and hedge fund managers who use unsavory business practices to extract every bit of value from distressed companies before dumping them for maximum profits are known as “vulture capitalists,” and they are doing serious damage to working Americans.

Small towns across rural America, coal mines in Wyoming and even well known companies like Toys R Us and Sears have fallen victim to the predatory actions of vulture capitalists, resulting in the loss of hundreds of thousands of American jobs in the last decade.

Vulture capitalists generally attempt to buy up enough debt or stock to control decision-making within a company. They then engage in extreme cost cutting measures in order to make the company seem profitable or force the company to borrow even more money — often provided by the hedge fund itself. The hedge fund then sells off the company for a profit after inflating its stock price or calls in the debts from the company owed to the hedge fund, often forcing the company to declare bankruptcy. Another common tactic is to have the company enter into disadvantageous deals with other companies controlled by the hedge fund. The hedge fund managers, who often also serve on the board of the companies they are taking advantage of, walk away with large stock profits and generous severance bonuses while the company’s workers are laid off. (RELATED: Yale Graduate Allegedly Ran hedge Fund Scam, Raised More Than $1 Million)

Fox News host Tucker Carlson, who is also the co-founder of the Daily Caller, recently called attention to hedge fund manager Paul Singer’s business practices during a segment of “Tucker Carlson Tonight.” He noted that Elliott Management Corporation, Singer’s hedge fund, had announced that it held an 11 percent stake in Cabela’s, and the hedge fund used that stake to pressure Cabela’s to sell the company. Concerned about the potential legal battle if it refused the demand, Cabela’s agreed to sell. The company was purchased by Bass Pro Shops, and the resulting increase in Cabela’s stock netted Singer a windfall of $90 million. Conversely, Sidney, Nebraska lost 2,000 jobs, crippling the small community. 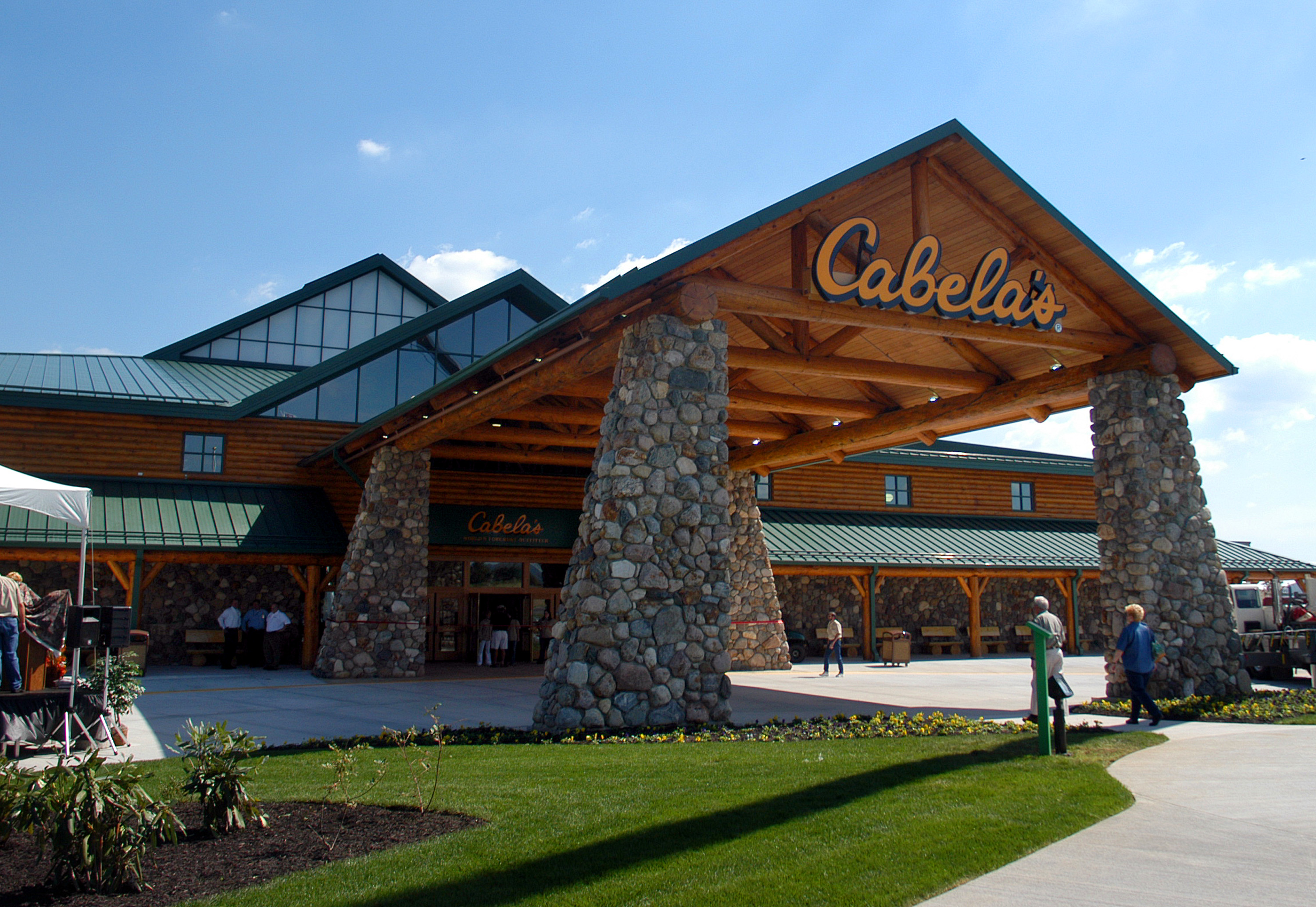 Singer and Elliott Management issued a statement on the segment from “Tucker Carlson Tonight,” arguing that the merger between Cabela’s and Bass Pro Shops saved the company, but the history of these kinds of deals from these kinds of hedge funds reveals that the company may only be “saved” for now, to be cannibalized for profit later.

Before raiding small town America, Singer and other hedge fund managers made millions by gobbling up the debt of foreign countries. Hedge fund managers made millions by buying up the sovereign debt of countries like Bolivia, Peru and Argentina during times of economic stress, when the debt could be purchased at a significant discount, and then taking those countries to court for repayment, along with a generous amount of interest. Singer’s Elliott Management made over $2 billion, a 1270 percent return on the initial investment, on Argentina’s economic misery, which at one point was highlighted by seven out of ten children living in poverty.

The U.S. territory of Puerto Rico faced a similar situation when it filed for bankruptcy protection in 2017. It had accrued a debt of around $72 billion. The hedge funds that had bought large portions of the island’s debt began scouring Puerto Rico’s budget. They recommended cuts to all non-essential expenses, including the Department of Sports and Recreation, the Institute of Puerto Rican Culture and the Corporation for Public Broadcasting. They even demanded that Puerto Rico relinquish its $205 million disaster relief fund. Hurricane Maria struck the island three months after the hedge funds made their demand and killed almost 3,000 people. Luckily, a judge had dismissed their demand to relinquish the disaster relief.

A favorite target for vulture capitalists has been the coal industry. Since 2015, four of the biggest coal mining companies in Wyoming, the largest coal-producing state, have filed for bankruptcy. The owners of those companies, including investor Tom Clarke and West Virginia businessman Jeff Hoops, have both followed the vulture capitalist playbook in Wyoming. They both restructured the companies and massively cut expenses before filing for bankruptcy. Hoops had a history of similar practices in West Virginia, Virginia and Kentucky. The numerous buyouts and bankruptcy cases have caused chaos within the Powder River Basin, one of the primary coal-producing regions in Wyoming, putting the 13,000 coal dependent jobs in the basin at risk. (RELATED: Plans To Save The Largest Coal Plant In The West Hit A Roadblock)

However, retail companies like Cabela’s have been the hardest hit by the tactics used by vulture capitalists.

Payless ShoeSource became a victim of hedge fund Alden Global Capital. Alden is the majority shareholder in Payless. In fact, it owns 60 percent of the company and is a secured creditor, meaning that it is first in line for repayment of debts owned to it by Payless. Loans from Alden to Payless include a $45 million loan granted in 2018. Numerous criticisms about the relationship between Alden and Payless have been leveled at the hedge fund. These include the accusation that Alden replaced experienced executives with inexperienced Alden employees, forced Payless into a shared service contract with Aerosoles, another company owned by Alden, and that Alden had Alden-linked Payless board members vote on matters relating to the hedge fund. While Payless intends to maintain its overseas operations, 2,500 stores in the U.S. will close, and close to 16,000 jobs will be eliminated.

After shuttering hundreds of local newspapers through Digital First Media, Alden used $158 million of what should have been cash reserves for those businesses to buy a controlling stake in Fred’s Inc., a 70-year-old pharmacy and discount store chain. Fred’s soon named the president of Alden as its new chairman. Eventually, four of the five board members of Fred’s were linked to Alden. The board has engaged in severe cost-cutting measures, including a nearly 50 percent cut in the number of employees at Fred’s headquarters in Memphis, TN.  Fred’s filed for Chapter 11 bankruptcy in September and announced that all of its stores would close. Around 6,600 jobs will be lost once all of the stores close.

Toys R Us, the popular toy store chain, was also shuttered due to the actions of several hedge funds. In 2005, the company was bought by a group of hedge funds including KKR, Vornado Realty Trust and Bain Capital —the hedge fund co-founded by Republican Utah Sen. Mitt Romney — after its sales began to slip due to competition from Walmart. Under the new management, the company restructured and made changes that made it more attractive to lenders. Those lenders more often than not turned out to be the hedge funds that owned the company. However, the financial crisis of 2007-2008 saw yet another turn in the company’s fortunes, and the hedge funds decided to cash out, demanding repayment of the loans. When it filed for bankruptcy in 2017, it reported it had a debt of $5 billion. When Toys R Us folded, it was the third largest retail bankruptcy in U.S. history, costing more than 30,000 U.S. jobs. 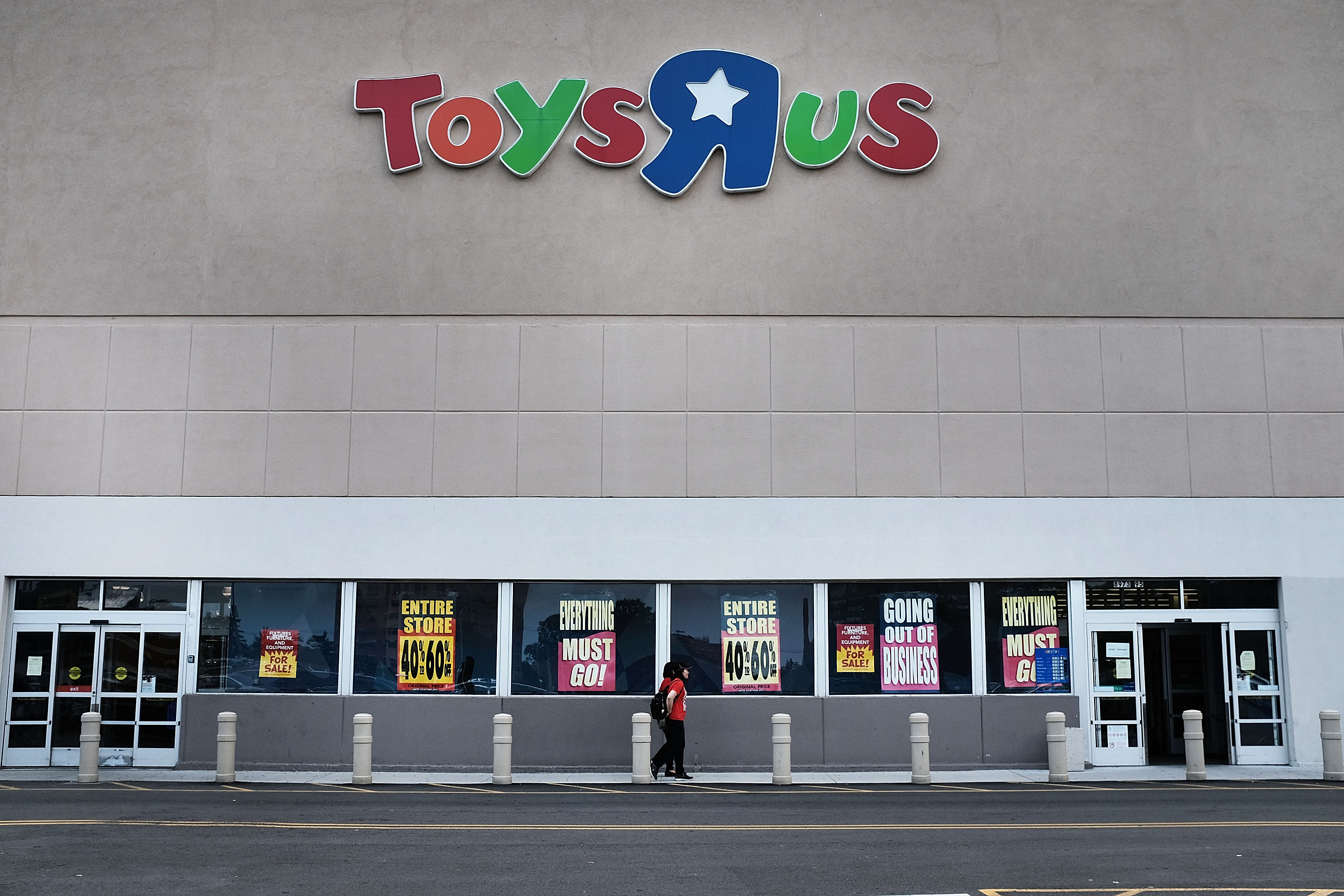 NEW YORK, NY – JUNE 08: A Toys R Us store stands in Brooklyn on June 8, 2018 in New York City. All 735 Toys R Us stores in America are set to close by the end of June leaving 33,000 workers without a job or severance pay. Many of the employees losing their jobs have worked for the company for decades. Toys R Us has been owned by the private-equity giant Bain Capital. (Photo by Spencer Platt/Getty Images)

A similar fate befell Sears. Eddie Lampert, the founder of ESL Investments, bought Kmart in 2003 and then engineered a merger between that company and Sears, creating the third largest retailer in the country. Lampert soon became the chairman of the board. He was named the president of Sears in 2013. Lampert slashed capital investments to one-fourth that of similar companies, and he organized a $6 billion stock buyback. This buyback temporarily boosted Sears’ stock price, bringing healthy returns to the company’s shareholders — namely Lampert and his associates at ESL. Lampert then loaded up Sears with over $5 billion in debt, 40% of which was owned by ESL and ESL associates. In 2015, Lampert also had Sears sell $3 billion of its real estate assets to Seritage Growth Properties. Lampert is the chairman of the board of trustees at Seritage. By the time Sears declared bankruptcy in 2018, hundreds of stores were closed, and almost 175,000 jobs were lost.

The fall of Fred’s, Sears and Toys R Us was only a small part of the downturn that has ravaged American retail chains in recent years, largely due to meddling by private equity firms. Of the 219,000 jobs cut in retail from 2016 to 2017, 130,000 of them were cut from businesses owned by private equity firms, according to Axios.

In almost all of these cases, the CEOs and other executives of these companies walked away with their personal fortunes intact, and the hedge funds responsible came away with a tidy profit, but it came at the cost of hundreds of thousands of jobs for ordinary Americans.