The heckler confronted Biden after the front-running candidate returned to his campaign theme that Trump’s reelection would negatively change America.

“America can overcome four years of Donald Trump’s chaos and corruption, but if re-elected it will forever fundamentally change the character of who we are as a nation,” Biden insisted. “We can’t let this happen. This election is about the soul of our nation and Donald Trump has poisoned our soul.”

A protester interrupted Biden to ask, “What about corruption in Ukraine?” The question has dogged the past VP repeatedly as he continues to contend his son, Hunter Biden, was not hired by a Ukrainian natural gas company because of the elder Biden’s political influence. Biden also insists he did not demand that a Ukrainian prosecutor be removed because the official waned to investigate the company for corruption. (RELATED: Watch Joe Biden Lose His Cool When Reporter Asks About Ukraine Conflict of Interest)

Biden did not address the query as the crowd erupted in protest and chanted “We want Joe!” 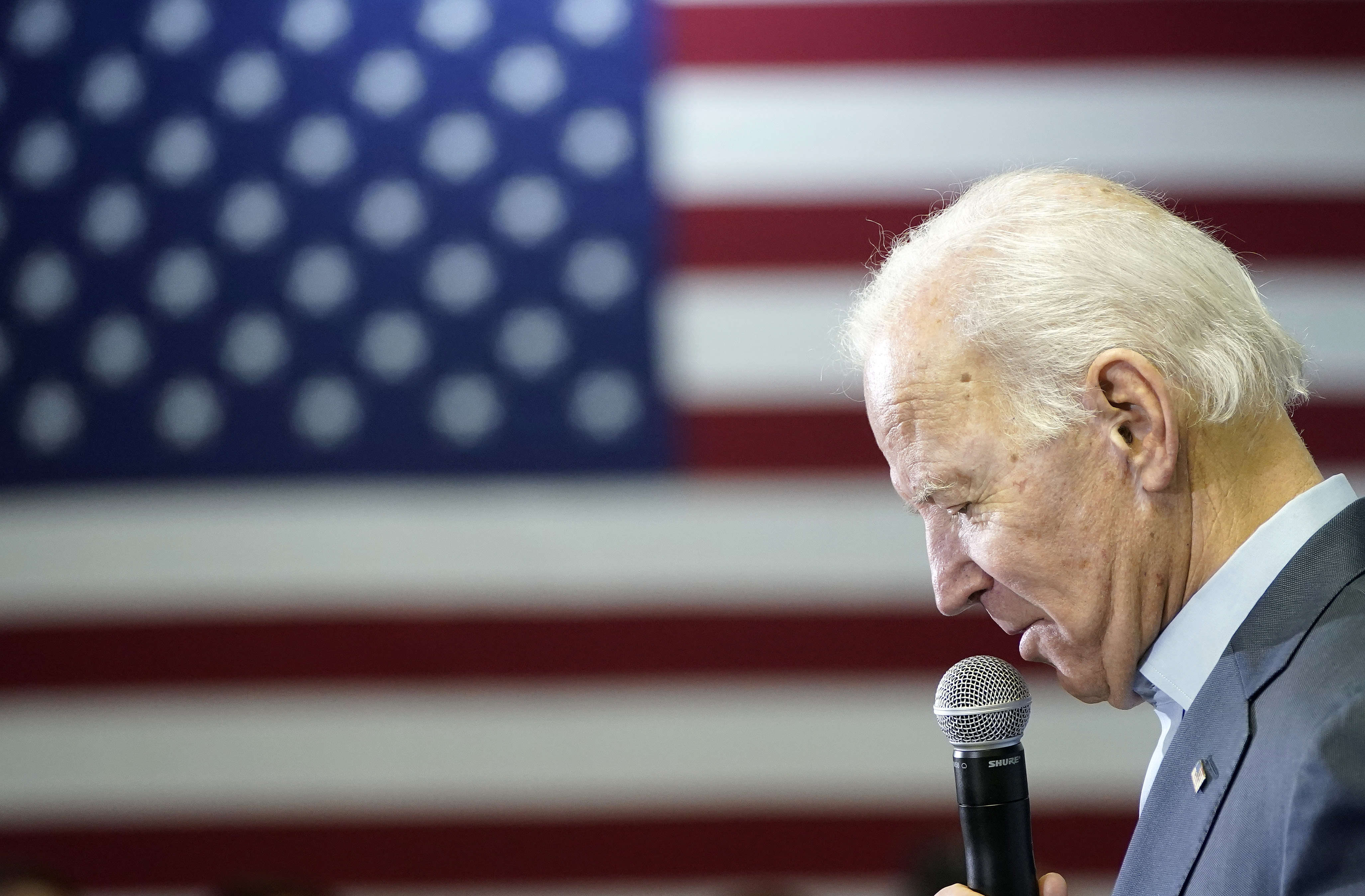 “This man represents Donald Trump very well. He’s just like Donald Trump,” Biden said as the protester left the rally and Biden asked the crowd to “just let him go.” He then made a reference to the Catholic rite of confession.

“As my mother would say, God bless me. Bless me, Father, for I have sinned,” Biden said, as he crossed himself. (RELATED: Joe Biden Never Says He Discussed Hunter Biden’s Ukraine Deal. Hunter Says He Did)

The presidential candidate quickly moved to other matters — accusing Trump’s rhetoric of being responsible for the Aug. 3 mass shooting in El Paso where 22 people died.

“Remember in ’18, [Trump] claimed there was an invasion of Latinos coming across the border? ‘They’re going to invade and pollute America,'” Biden said. “Well guess what? The words presidents say matter. It didn’t take long after that, that a guy down in El Paso walked into a parking lot and gunned down a lot of innocent people and he says, ‘I’m doing it to prevent the invasion of Texas by Hispanics.’”